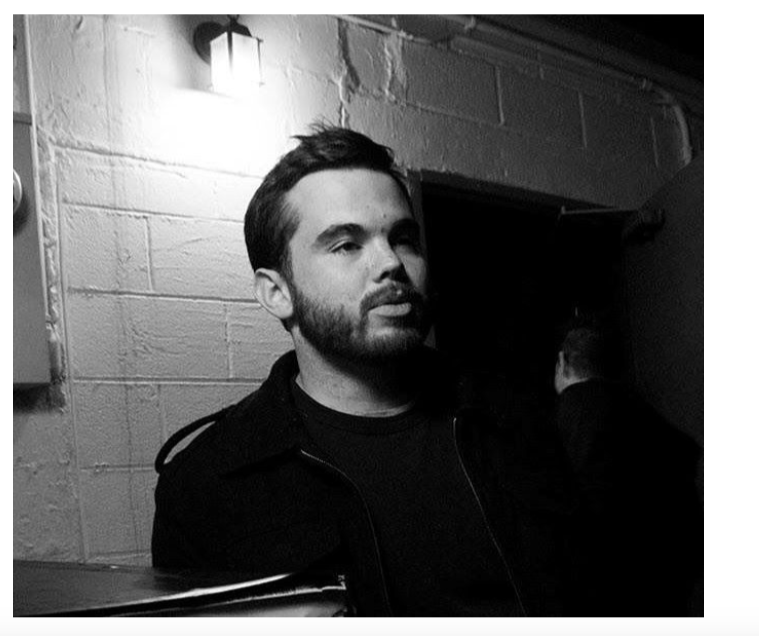 It feels cheap to write a promo piece about your good friend and podcast cohost but fuck it, if you made it far enough to click on the link and dig into the body of this post clearly you’re at least slightly interested in the Detroit comedy world or scrounging to cancel someone (if so, please dig into us we could us the publicity).

I thought about doing the typical interview but surprisingly Blain had the good idea to get the opinions of his peers (*which is pretty good for a man with two kneecaps on one leg).  However, if you’re asking a comedian to be sweetly sincere, I think you’d be better off attempting to get Hilary Clinton to confirm her body count or Kevin Spacey to quit killing people he’s been inside of. We’re a better breed to laugh at the injustices of the world over a drink or smoke and comically tear each other down as a term of endearment, if we ain’t ragging on you it means we don’t love you. Here are some words from our peers. 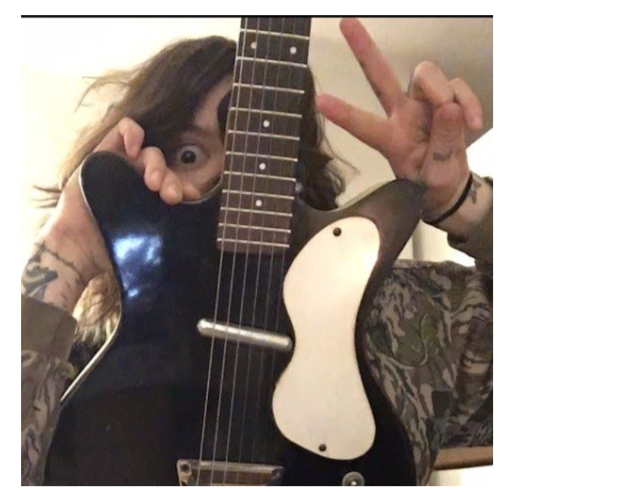 Eliza Godfrey​ ain’t a comic but a fucking singer/songwriter virtuoso. I’m not gonna bother to google that word but if you’d had the chance to hear her play one of her songs you’d completely understand. If you know the definition of virtuoso, you also understand.

In 2017, about the time Elton Park developer Soave Enterprises ‘unintentionally’ attempted to destroy ​Corktown’s UFO Factory​ because they were in the way of a $125 million development plan, ​Trixies bar​ in Hamtramck hooked Eliza up with some shifts while UFO rebuilt and battled Soave, inadvertently introducing her to the infamous Tuesday night open mic comedy night scene; and Blain Hill.

‘He was the first comic I threw a cane at but it was out of love.’ – Kai Quix

Gettin’ a cane thrown at you ain’t exactly a showbiz term for greatness, but in our underground scene it just added a level to the rowdiness Detroit comedians have come to embrace and battle on stage. Shit, come to think of it we need to run a showcase of comedians who’s been struck by Kai’s cane of justice to raise money for one that will return to her like a boomerang. 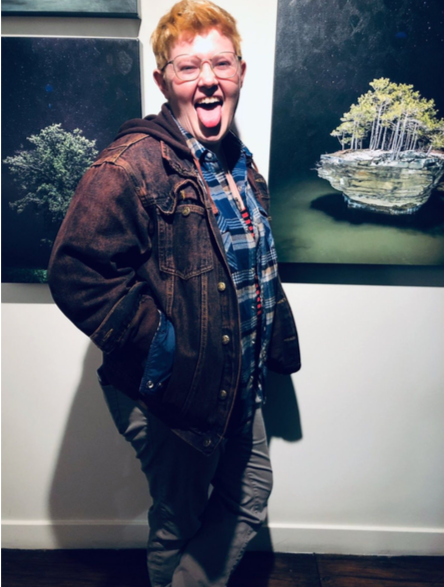 Caroyln Paul​, since becoming a staple at The Independent, recently returned from an east coast tour and has often wrestled with enjoying the company of so many white cis male comedians. Pigeonholed as ‘too woke for comedy’ but ‘not woke enough for her gay friends’ heavy hitter Carolyn Paul has been described by Blain Hill in a roast as, ‘a softball that came to life’ – which, I laugh as I write….haha holy shit for real, fuck its such good roast, keep an eye out to catch one of her sets. The living softball writes:

“It’s easy to feel like there are too many white male comedians out here shoveling out mediocre jokes about how women don’t like them and their dad set them up for failure. If I’m honest my first impression of Blain Hill encouraged me to write him off. But truly, Blain is one of those comedians that travels all those same tropes but constantly and genuinely aches for better. He wants to be better, and through an impeccable writing process he IS better. He hits those themes that resonate with all of us and elevates them, takes our acceptance of white male apathy and plays with it, understands who he is and uses it to show all of us why we are collectively and currently resonating on a low vibration. He is not a ‘woke comic’, or a gay man, but he writes for today’s people better than almost any comic I know. I promise you’ll come away laughing and remembering how deftly he navigates things that bug you. His eyebrows alone are a sight to behold, but his punch lines are even sharper.”

In writing this, it was interesting to see who voluntarily contributed some kind words for our friend Blain. I showed Blain the people who happily contributed and he responded with, ‘Damn that’s solid…if we had a black person in there I would never get canceled.’ Hahaha, when in truth, I think we’d at least need an asian and some lady in a wheelchair to match the diversity of college billboards.

I’ve watched Blain most nights of any given week do comedy and tune his material. I’ve tried to explain my favorite style of comedy is one where you take a pie to the face immediately followed by having your pants ripped off (in a funny way not a rapey one you psycho). Somehow, even though I see the pie being thrown from a mile away, I’m left with my pants around my ankles and pie on my face at the end of Blain’s sets, sexy I know.

If you still ain’t convinced here’s one last piece from podcaster & jaded comedian (yet a comics favorite) ​Brett Mercer​: 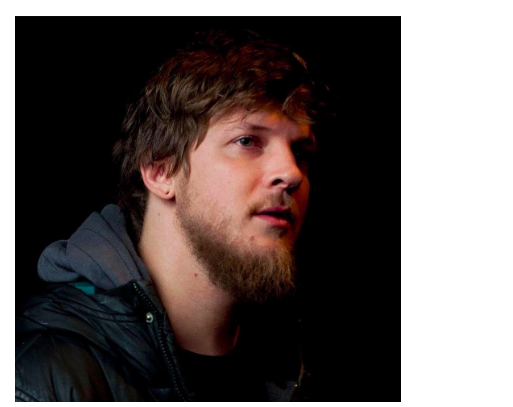 ‘Blain’s comedy is an attempt to understand the world. He uses his wit to gracefully logic his way through unusually tough hypotheticals, harsh truths, and quandaries…plus he look like a bitch lol’.

So look, ​Blain Hill​ is about to headline ​The Independent Comedy Club​ on Friday January 3rd, YES THIS COMING FRIDAY AND TICKETS ARE ONLY $10.

Hosted by EJ Watson of the Ride Aalong Podcast.

You can hear Blain Hill with his co hosts Brett Mercer and myself Bart Dangus on the Big Time Garbage podcast.