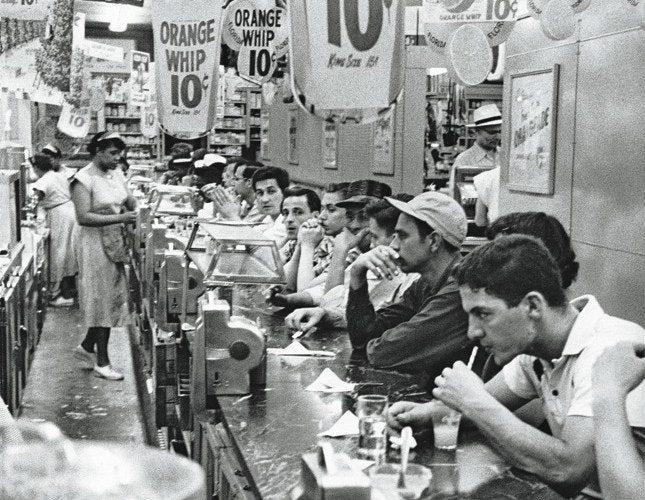 Robert Frank was not alone in linking his photographs to poetry. Beat writer Jack Kerouac, in his introduction to Frank’s seminal book The Americans, said of the photographer, “with that little camera that he raises and snaps with one hand he sucked a sad poem right out of America onto film, taking rank among the tragic poets of the world.”

Kerouac introduced Frank to Beat poet Allen Ginsberg, and the two became life-long friends. Frank said he hadn’t known any people in Europe who lived like Ginsberg and others in the photographer’s circle of friends, including painters Franz Kline and Willem de Kooning.

“They were free, and that impressed me. They paid no attention to how you dressed or where you lived. They made their own rules. They didn’t belong to bourgeois society which I come from in Europe,” he told writer Philip Gefter in a 2008 interview published in the New York Times. 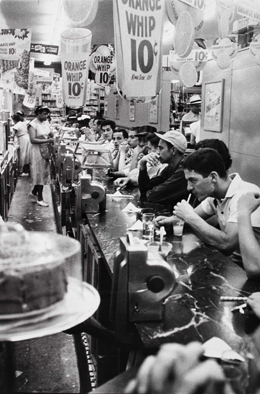 “When people look at my pictures I want them to feel the way they do when they want to read a line of a poem twice.” ~ Robert Frank, Life Magazine (November 26, 1951)

Gefter, who worked at the Times as a picture editor for more than fifteen years and now writes about photography for The Daily Beast, comes to the DIA Friday, June 4, to discuss Frank’s relationship with members of the Beat generation.

The 7:30 p.m. lecture is free with museum admission. Gefter will be on hand after the talk to sign copies of his recently published book Photography after Frank.