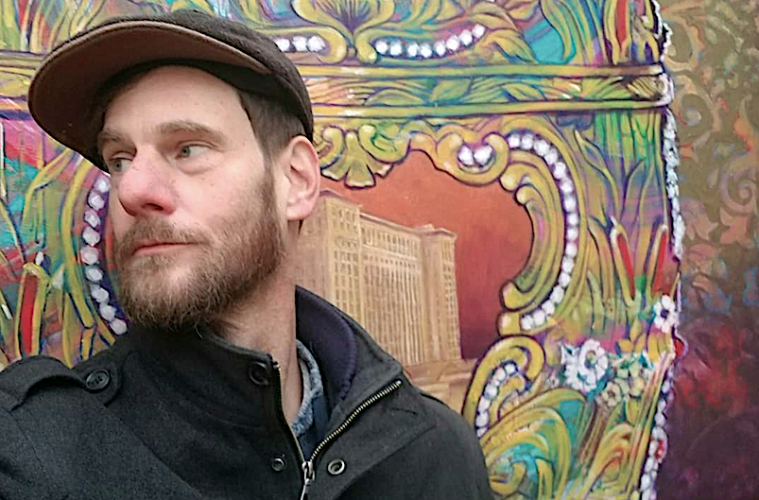 If a two-worded phrase would suffice to summarize the effect of Covid-19 on the Detroit arts community, that phrase would be “ironic limbo”.

Time, that precious commodity so necessary for creative efforts, is now (for the majority of us) in frightful abundance. But this “holiday” from both the clock and the calendar has come with a hefty price. The pandemic itself is nothing less than a global health emergency; social distancing and the need to self-quarantine have put relationships and plans on indefinite hold; massive unemployment across the country has laid the groundwork for a future recession – or worse.

This annus horribilis is especially painful for the man or woman who paints, sculpts, writes, or performs music. This is not a sabbatical for them, but an abrupt stop in the middle of an uncertain ocean. Artists nave two needs – the need to express and the equally important need to make a living. The latter is a particularly difficult thing to accomplish now when art spaces, galleries, and venues have closed. And a stimulus check will only last so long.

If an anecdote can illustrate this matter more clearly, here’s one for you. This writer recently spoke to a transplanted Detroit artist now living in New York. He had not been idle during these past months. A dozen or so canvases had been completed, he was dabbling in new mediums, and had even bought his first camera. I was delighted to hear all this and asked him if that gave him a sense of accomplishment and renewed hope. “Of course,” he answered, “but I still feel like the Birdman of Alcatraz most of the time.”

That feeling is undoubtedly shared by many artists still here in Detroit. None have given up, none are ready to call it a night, and nearly all have turned to new methods in getting their works out in the open. if necessity is the mother of invention, then frustration is the mid-wife to improvisation. People zoom and give virtual tours now; they podcast; they collaborate; they take turns at the well and try to make sure that no one goes away thirsty. And for all the controversy that frequently attaches itself to social media, here’s some well-earned praise for Art in the Time of Corona-V.. A Facebook page that was started up shortly after the shuttering began, it has become a forum for such talented individuals as Patricia Izzo, Sanda Cook, Tony Roko, Chris Schneider, Jeremy Harvey, and others. Which, serves as a nice segue to Jeremy Harvey.

A Detroit-area artist who grew up … pretty much everywhere in these parts, Harvey is a self taught artist who got his first official art job in 1993 at the Leland City Club where he was paid  to do a mural every week on the walls. That continued  until 1999 when a second chapter started with editorial chores at Orbit. When Orbit went into fatal trajectory, Harvey and Jerry Vile inaugurated Detroit’s beloved Dirty Show. That partnership lasted seven years and then came a fruitful period of commercial jobs with different advertising agencies and about a hundred mural jobs at various locations. 2016 found him dealing with a personal situation that demanded a lion’s share of his personal time and he embarked on a more focused career with 8 successful solo shows. By his own estimation, he has sold between 65 and 75% of his works – an impressive and enviable track record.

Now Harvey is unveiling a project that reflects not only his personal life but the current situation we all find ourselves in. It’s a serio-comical dystopian vision and he’s calling it Delusions of Grandeur.

Recently, I asked Jeremy to explain, In the proverbial nutshell, what is ‘Delusions of Grandeur’ and what prompted him to write it?

“The idea is very much inspired by my life in quarantine. I was about a fourth of the way through my latest art show when the shutdown happened, There is a lot to how I came up with Delusions of Grandeur, but mostly it came out of necessity. When the Covid pandemic happened, I was eight paintings into my next solo art show. Within a week of the quarantine I knew that nobody here was going to be able to drop $300 to $1000 on a luxury item for a very long time. When the 2008 housing crash hit there was a three year near dead zone in Detroit as far as creative work went. Not only did this feel like it was going to be worse, it feels like things will never be the same. I needed to make something that was under $50 if I was going to continue in my profession.

Two years ago I did a really fun art show called “Party City.”. The theme for the show was psychedelic interpretations of everyone’s personal favorite party pics. I put a call out on my social medias and soon had over 200 photos sent to me from friends and strangers from around the world. It was a hit and sold really well and I was itching to do something like it again.

The idea soon came to me to do a graphic novel, but have every character in this series modeled from selfies by real life people that can be taken from the comfort of their own home during the lockdown.”

Jeremy reached out to specific people he knew would be perfect, but about half the cast are people the artist has never met. Regardless, they responded to Harvey’s social media actor/ model call.

The story takes place at a rehabilitation center for high level cult leaders. Harvey wanted the main characters to be people in their 40s and up, who had a lot of personality in their face.

“Right away I knew the protagonist had to be the Detroit legend Jimmy Doom. He looks perfect, is an accomplished actor and he does the spelling and grammar checking that I beyond desperation need now and then,” Jeremy said. “The power couple Rachel Reed and Chato Chavez are two other ex-cult leaders in the story. They’ve been my biggest supporters of my art and I can’t gush enough about them. Their kids will feature in a small cameo as well.”

The great Jerry Vile is another ex cult leader and long time collaborator of Harveys who is slated to contribute to the project.

“The quarantine has been especially hard on my family. There is a lot of health issues that severely impact both my daughter Julianna and her mother Kristen who I’ve been with for almost two decades,” said Harvey. “Most of my time before this happened was dedicated to family responsibilities. Julianna has autism and is non-verbal. A lot of things she used to do to regulate herself were taken away. Her friends and teachers from school were gone. We used to take her to a community pool around four times a week where she would spend an average of 2 to 3 hours. If she was up early, I’d take her mall walking as a safe place for her to explore and get her energy out. “

While the Covid shut down has been hard for everyone it continues to be particularly difficult for parents caring for children with special needs.

“Parks, playgrounds and nature trails became off limits. My daughter’s whole world became very small and it’s been very hard on her to where we thought she might have another regression,” Jeremy said. “It’s a lot of work to get her through the day and I get about two hours at night of free time that I spend working on the story. I don’t know when things will go back to normal. Any of us getting infected would be catastrophic so until there’s a vaccine, this is how it’s going to be.”

Jeremy intends on releasing a version of ‘Delusions of Grandeur’ for free online with the artwork photographed and layered out on his cell phone using various design apps.

“I’m really happy with it but the goal is to hire an experienced illustrator to put together a higher quality version that I will print up as a hard copy,” Harvey says. “When I’m about halfway done (about 50 to 70 pages) I can go on a crowdfunding blitz to raise the money to publish it.”