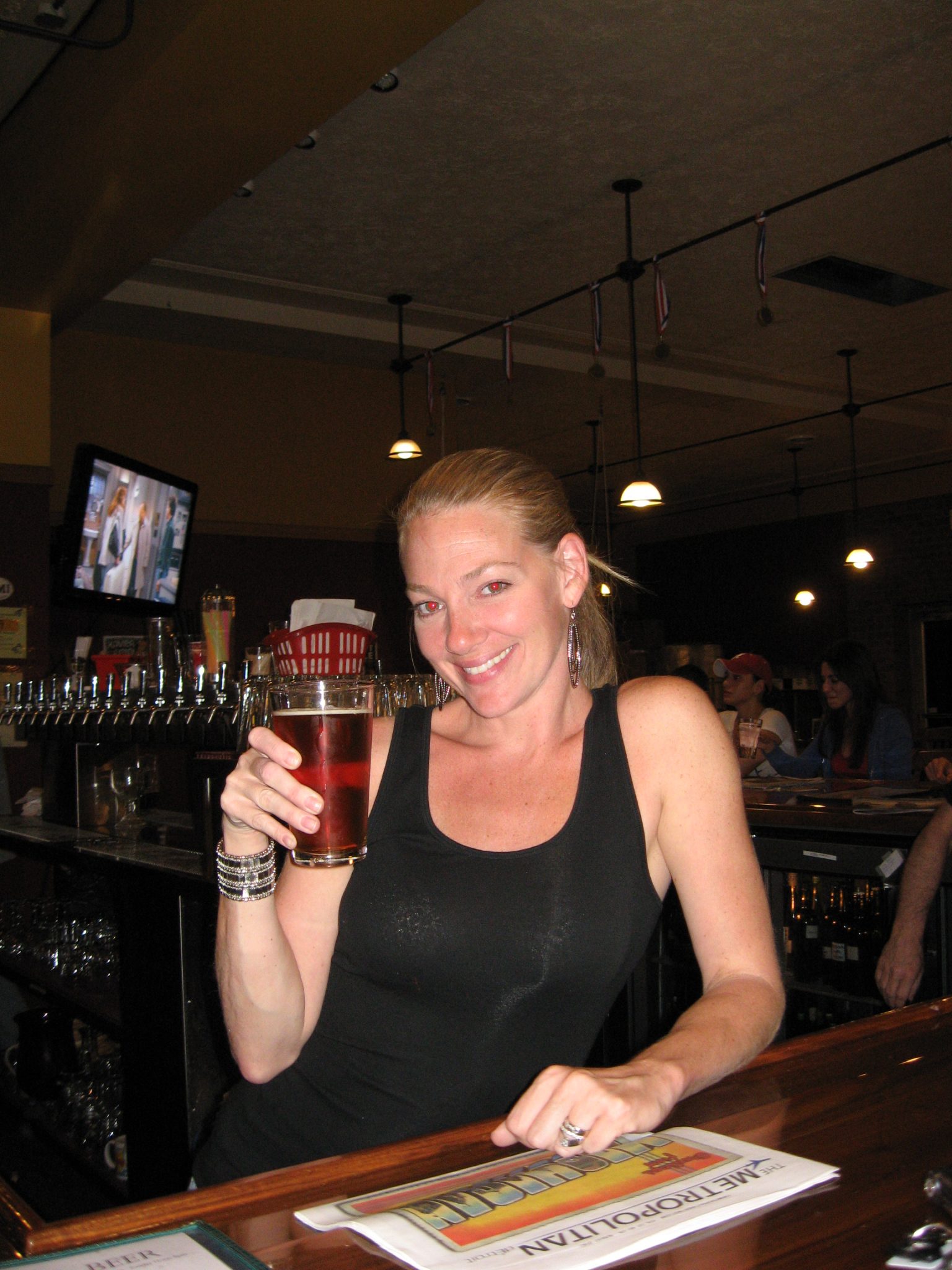 As I sit here, with my fancy import beer from some far, distant land, enjoying the malt and hoppy flavors, I can’t seem to wrap my head around one simple concept, one that I have been pondering for some time now. How can something so simple be so wonderful and, dare I say, so important? Not just for our own personal enjoyment, but for helping to forge the world, as we know it.

It was Benjamin Franklin who said, “Beer is proof (I wonder if that pun was intended?) that God loves us and wants us to be happy”. I ask you; who are we to argue with Ben?

In the age of super computers, quantum physics, space travel, and an interconnecting web of information on which anything can be researched, the love of beer is still as strong, if not stronger, than it was in times of old. At the dawn of civilization, the early Mesopotamians had stumbled upon a not-so-ordinary drink, and now, well over 3000 years later, it may just be the most important drink, ever.

In more recent years, a good man named King Ludwig the 1st was getting married to a lovely princess. It was a balmy, fall afternoon in 1810, October 12, to be precise, and the good king wanted everyone in Munich to share in his joy of matrimony. The party was such a success he decided to do it the next year, and so on, until the awe-inspiring festival known as Oktoberfest was born.

In honor of both the wisdom of Benjamin Franklin and the charity of King Ludwig, in the good sporting tradition of Oktoberfest, I am honored to present this modest review of some of the best breweries the Detroit Metropolitan area has to offer. Prost!

There is a special place in my heart for Kuhnhenn. It was the first brewery I had ever visited, and where good friends and I gathered for a pint the night before I got married. Although, Kuhnhenn’s beer has a home-brewed, almost dirty taste, one can’t argue with the gold medal from the World Beer Cup, which they took home this year. Best beer from a brewery in the world. Period. Like Shannon, our lovely bartender said, “We Win Everything”

That is not an overstatement. On our evening of drinking, we met Frankfurt native, Marijn, who claimed Kuhnhenn brews the best beer he’s had (outside of Germany, of course). We then proceeded to drink the Loonie Kuhnie, which was the first beer ever brewed by Kuhnhenn, and is highly recommended for lovers of hops. Next, came the flavorful and sweet, Simco Silly, and the over-the-top, 18% madness that is the Solar Eclipse. As we stumbled away, waving good-bye to new friends and singing German drinking songs, we were informed of the Oktoberfest brew, a clean and slightly sweet brew, which promises not to linger, but will be out just in time for this year’s celebration.

It was quite a surprise to find a Belgian-style brewery in the basement of the trendy (almost too much so) Bastone; the same building houses both the Commune and Café Habana, and is the parent to the wine bar Vinotecca.  On most nights, Bastone provides a wonderful atmosphere. However, not too many people, that I am aware of, go there for hand-crafted beer. They’re more interested in Jagerbombs and MGD. For the true beer connoisseur, there is a usual 8 beer selection as well as different seasonal beers. I recommend the Dubble Vision; a sweet amber ale, with just a high enough percent to get one feeling good, fast.

Our brilliant server, Jerry, suggested that I give Bastone’s seasonal beers a try. The first was Belgian monk style ale, resembling a flavor rollercoaster, changing every few seconds but remaining smooth, refreshing and full-bodied. Second, came the incredible Saisen Dunkel, with strange undertones of mango and black pepper, filling the mouth with texture almost as thick as a porter. Yet again, as we bid Adieu, Jerry informed us of an Oktoberfest brew currently finishing. Readers take note.

The WAB may be the quintessential brewery for beer fans. All forms of Detroit local artists, musicians, writers, and partiers seem to enjoy congregating here. For 13 years, the WAB has been serving the city of Ferndale, and seem to show signs of slowing down. Perpetually having 7 beers on tap, including one of my local favorites, the full flavored and clean Ruby Lager, the WAB pours quality in every pint. A good friend of mine, Troy, turned me on to this brewery and I’ve owed him ever since. Cheers, my friend. $2 pints on Sundays, amazing burritos, and the Wab’s Hefeweizen is worth writing home about.

It is a well-known fact that nerds end up ruling the world. Every movie about kids on computers, or playing D&D, ends up with them getting the girl and everything working out just fine. This brewery is a statement to that reality! With full suits of armor and stain-glass windows, Dragonmead could be the brewery from any 14 year olds’ campaign to slay a dragon and save the princess. In fact, the only thing more epic than the name is the beer; my favorite of which would have to be Final Absolution.

A 10% monster, of hops and hell, enters your mouth and slays your taste buds, in a manner worthy of its name. This beer is responsible for all the liver damage I may have done to myself and is arguably the best local beer I’ve had. An honorable mention would have to go to the Sin Eater, which I would love to describe, but the last time I had it I was in no position to remember the flavor. Gamers of all types are encouraged to bring dice, magic cards, risk boards, or kings and pawns and have some friendly gaming over some legendary beer.

With Oktoberfest just weeks away and preparations already in the works, it’s easy to get trapped into drinking poor beer, at ‘special’ prices, by some trendy bar that hasn’t a clue what good beer tastes like, or what the spirit of Oktoberfest is all about. Why not go for something real. Something authentic. Something traditional. Friends, Romans, countrymen, I present the Dakota Inn, Rathskeller.

A Detroit German tradition since 1933, Rathskeller tipplers have been singing beer drinking songs and drinking from genuine beer steins before most of their competitors knew how to properly pour a draught – leaving the proper amount of foam right on top, of course. Once a year, the Dakota Inn, Rathskeller, pitches its yellow-and-white striped tent and has Detroit’s only authentic German beer garden complete with oompah bands and polka contests. For the entire month of October, the Dakota Inn, Rathskeller, celebrates Germany’s traditional fall Oktoberfest in the main hall.

According to the editor of The Metropolitan, his neighbor, Bjorn, a true German (even if his name is Swedish) and bierdimpfe, states, “The Rathskeller is the single most authentic German biergarten I have been to in the United States.”  Aufmischen!

If that is not enough, know that founder of the Rathskeller, Karl E. Kurz, saved his nickels and dimes from working at the Ford, Highland Park, auto factory and renovated the Dakota Inn with his own two hands. Made in Detroit, kindlein! Ask yourself, “what would good King Ludwig do?”

On Saturday, September 18th, the Schottenhamel tent is the place to be, if you want to catch the official opening ceremonies. At noontime, 12pm, the lord mayor of Munich will have the honor of tapping the first keg of Oktoberfest beer. Once the barrel has been tapped, all visitors will then be allowed to quench their thirst. It pays to arrive early in order to experience the festivities up close and personal and it’s quite common for visitors to come around 9am to secure good seats. The festival will last until October 3, 2010.