The Death of the Democratic Party 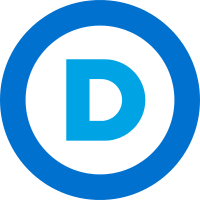 The Democratic Party, while not dead, is most certainly dying. To be clear, when I say the Democratic Party I’m referring to the progressive heart of the party. The progressive part that brought us Social Security, Medicare, civil rights, the party that questioned war and fought for working men and women; the party that cared for the poor and those without the ability to fight for themselves. It’s dying and there doesn’t seem to be any hope to save it.

The seeds of the Dems demise were sowed decades ago and not because of a failure of ideology, but because the Republicans are much better at the long game than are the Dems. The GOP has systematically hacked away at Democratic strengths while at the same time strengthening its own positions. From an almost 100 year old assault on unions, to the Southern Strategy, to positioning the US Supreme Court to rule in its favor, the Republicans, or those who adhere to modern Republican ideas, are now poised to rule unilaterally in the very near future. 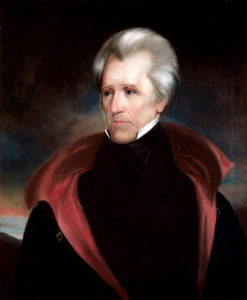 By the 1940s, unions were playing a major role in politics and almost universally they supported Democrats. Republicans took the long view and in 1947 started the systematic dis mantling of unions when they were able to pass the Taft Hartley Act, which dramatically decreased union’s ability to mobilize and strike. This was the biggest s
alvo against unions but not the last. In fact the assault has never stopped. Unions today comprise only 12% of the workforce, down from a peak of 35% in 1954. As their membership dwindled so did their clout, and a major source of Democratic support.

The battle to pass the Civil Rights Acts in the 1960s was ugly, down right ugly. While legislation was promoted and passed mainly by Democrats, there were Republicans who crossed over and Dems who fought against it. The Dems who fought against the Civil Rights Acts were almost universally from the South and, shocker, they were white males. Seizing on white anger in the South, Nixon and other GOP operatives developed the “Southern Strategy” to pull the South, which at the time was staunchly Democratic. How after 100 years of Democratic control would the GOP manage to do that? With race baiting. They decided to use “Guns, God and race” to scare poor white Southerners into the arms of the GOP. Three decades later and the South are firmly in GOP hands.

From 1980 to 2000 Republicans were able to hold onto the White house for 12 of those years. The key to this time frame is they were able to change the balance of the Supreme Court. This played a key role in electing George W. Bush in 2000, when the Supreme Court ruled in favor of Bush and stopped the recount in Florida. Analysis done later showed that Gore would have almost certainly won if the recount had been allowed to continue. By giving Bush the election, Bush was able to appoint two more archconservatives, Roberts and Alito, cementing the GOP’s grip on Supreme Court judicial power. This is key because it was a Roberts’s led court that handed us the Citizens United ruling, which is perhaps the most damning ruling in the last century. In short, the court ruled that corporations have the same free speech rights as people, and therefore can exercise that right to spend as much money as they want in election races. Corporations have very little spending limits to influence elections. Corporations see elections as investments. They put money in to get more money o 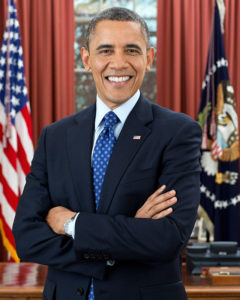 ut. Who are they going to put their money behind? The party that supports working men and women, clean air and water, and insists on taxing companies? Or the party that wants no regulations and a return to 19th century Laissez-faire policies, where companies are immune to all sanctions and people are cogs in their gears?It’s possible that the Democratic Party may survive, but it most certainly won’t resemble the party of it’s past. Most likely, in a bid to curry corporate favor, Democrats will begin to look more like the Republicans of the 1980s. We’ve already seen this trend with Bill Clinton who, at least economically, was very much a Republican. We’ve seen “Blue Dog” Dems and now President Obama who, despite the hysteria of the right, is very much a supporter of Wall St and the corporate world. How many Wall Streeters have been prosecuted since the melt down, for example? Why are corporate profits at their highest levels, while the effective tax rate is at it’s lowest? Dems are forced to cater to Wall St and Big Oil, and the lines between the two parties have blurred.

The Dems were hauled behind the wood shed and given a beating during the last election that will leave scars for years. Cash is king in politics and they need more of it. From who or where are they going to get it? Unions are marginalized. Middle America doesn’t have it to give. Seems the Dems will have no choice but to become Koch Whores just like the GOP.

Editor’s Note: Please, send your response, or political opinion, regardless of party affiliation, to The Metropolitan editor. As always, we are interested in publishing all sides of an intelligent discussion. Mr. Shayne Daley may be found on Facebook.