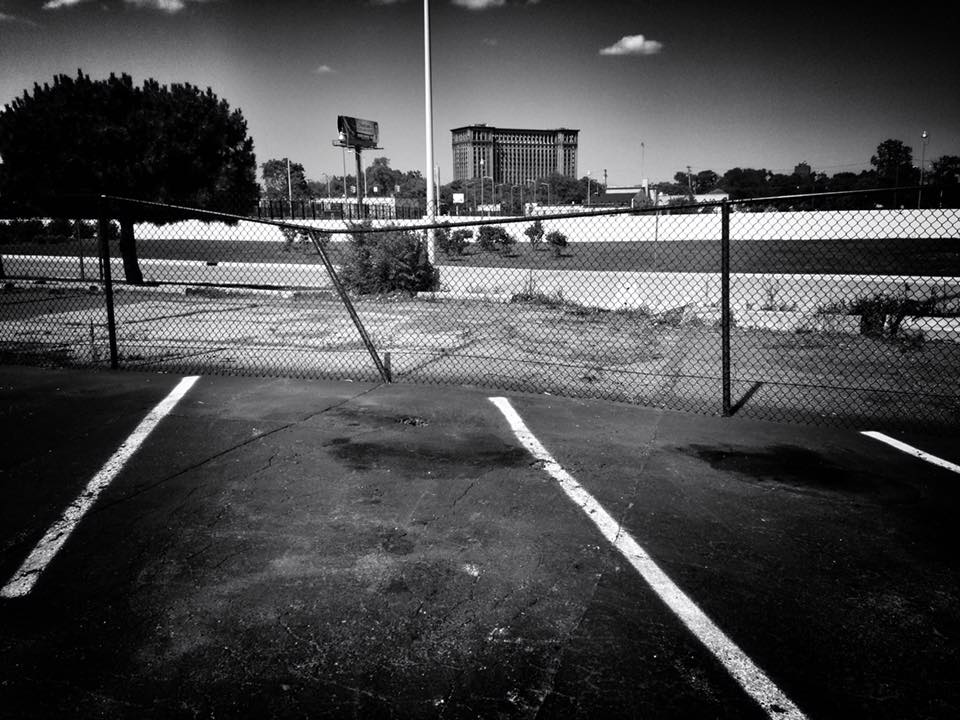 By Thomas A. McMillen Oakley

Aside from the four Turtles and their artistic namesakes, most people know very little about the Renaissance. It was a period of great rebirth and revival for both the arts and the sciences. Cities flourished and grew at alarming rates. When I lecture on the Renaissance in my Art History classes at Jackson College, and with the Michigan Department of Corrections Prison Education Initiative, I share with them what is happening in Detroit, specifically with the Heidelberg Project and Michigan Central Station.

When I saw editor Anthony Brancaleone’s article, North America’s First Modern Ruin (March 2014/15), I knew it had to be included in my class. It presents a start, a “what if?” to the discussion that is taking place about growth and rebirth in Detroit.

Recently, I asked my students to weigh in after reading the article and to offer their suggestions for what to do with this modern ruin. The responses from my prison students are often in stark contrast to those on main campus; where the students behind bars see no hope, the students on the outside see great potential. Thanks to Anthony for allowing me to use this in my class.

The following are responses and further ideas about what should be done with Michigan Central Station. In most cases the names of students have been changed:

The Old Summer Palace in China is a good example of this. The Chinese government has an ability to rebuild, but the government lets the ruins remain there, warning people. This is the Eight Power Allied forces occupied the Palace, this is our history of humiliation. If we erase ruins, it seems like to forget history. In my view, we should embrace the fact the building is in ruins so that we cannot forget the history and then treasure our happy lives now ~ Li Wei (Chinese exchange student).

A Casino or Cancer Research Center

Reading the article, I think bringing this station back to life would be a great idea. In the article the author mentioned that everybody has been doing some renovation, like the windows and trying to fix it up. I think if you have started to take steps forward, which people have already began to do, why not take it all the way. By the sounds of it, the finished product of this building after being completely renovated would be out of this word.

I can’t really think of anything good to turn the place into; maybe a “different” type of shopping mall. The only other thing I can think of that actually makes sense that other people have also mentioned is a hotel. I think the idea Moroun had with turning the place into a casino was a pretty good idea and I’d be all for it, but I think that a lot of people would be upset that they took something that used to be so important and has had so many memories incorporated in that building that it just became another casino. Not that it is a bad idea, because I think it’s a pretty good one, because you could also run a few restaurants in the building and a hotel above all the action just like many other casinos.

If a budget was not an issue I would definitely go big and think as global as I can get and make it into a hospital all about cancer. Then hire and fill the whole building with the most educated people in the world on this subject. Since budget isn’t an issue and I have “all the money I need”, I’d then fork up all the money the company needs to go towards research and then eventually find a cure for cancer. This is the most outside the box I can get and is probably impossible but it’s the first thing that came to mind ~ Colleen (Student)

P.S. I don’t know if this is what I’d really do, or if it just because I learned a lot of bad stuff about cancer today in bio and developed a phobia.

A Shining Beacon of Hope

When considering what to do with such a grand space surrounded by a city that emulates resilience the conclusion was an easy one to come to. What would benefit Detroit the greatest in my opinion would be to have a Community Center. Now this isn’t going to be some dilapidated under budgeted space with a few social workers, this space will be a shining beacon of hope for the Detroit area.

Starting from the ground up I will take you on a tour of the Michigan Central Community Center. On the ground floor you enter into a grand lobby. In this lobby are a variety of informative centers providing registration and detailed breakdowns of all the programs that MCCC offers. The Lobby will be as detailed and breathtaking as it was in 1913. All too often these beautiful buildings are stripped and just filled with ceiling tiles and dry wall. To me that sends the message that these people aren’t really worth a full renovation.

MCCC is broken into three major sections: Family, Medical and Registration. The floor directly above the lobby is the Registration Center. Every program offered within MCCC can be applied for within the Registration Center; this makes applying for programs so incredibly easy. As you exit the elevator onto the second floor you are directed to one of three areas: The Michigan Department of Human Services, where you can apply for state funded programs such as Medicaid, Cash Assistance, Unemployment, Food Stamps, and WIC. There’s also a Michigan Works, which is where you can apply for assistance with employment whether that be classes to make yourself more marketable such as CNA training, EMT training, general Trade work, and many more. And the last area would be where you could apply for programs specific to MCCC.

The third through the ninth floors are all dedicated to medical needs, all of which fully accept Medicaid and Medicare. The third floor is a Walk-In Clinic with a fully stocked lab so the process can be expedited. The forth floor is where you can find a full Pharmacy that also participates in Medicaid and Medicare. The fifth and sixth floor are for Primary Care Physicians including but not limited to Pediatric, Geriatric, Infectious Disease, and General Family. The following three floors (seventh, eighth, and ninth) are where you can find Dental, Vision, and Mental Health specialists.

The tenth through the eighteenth floors are dedicated to family needs. The tenth floor is going to be a College Recourse Center where both traditional and non-traditional perspective college students can go for free college prep classes, as well as recourses to connect future students with colleges and scholarships. The eleventh and twelfth floors are where you can be connected with the Boys and Girls Club, offering youth an outlet for creativity and expression, introducing them to the world of volunteering and making a difference in your community. Above that on the thirteenth and fourteenth floors is a Youth Center for teen aged kids, here is where teens are encouraged to express themselves, being given everything they need. Here is where there will be a heavy emphasis on art, in all forms. On the fifteenth, sixteenth, and seventeenth floors is where a YMCA will be located. Here community members are able to be physically active in a non-judgmental area, with a multitude of classes and programs. The YMCA will be concentrating on allowing individuals to express themselves through whichever physical outlets they desire. To some the combination of a Boys and Girls Club, Youth Center, and YMCA may seem excessive, but when there is just a singular center where all individuals are expected to express themselves there can be a lot of tension, due to differing views and interests.

The eighteenth floor is a state of the art daycare center, offering affordable child care to those who need it, here children are surrounded by sensory objects, and art, and music, ensuring that the shakers and movers of Detroit’s future have an incredible up bringing. Having the Day Care Center on the top floor is not just by chance, these children will be spending their days literally on top of the city. Here, anything is possible. At MCCC nothing is too far fetched. At MCCC change will happen ~ Frederick (Inmate)