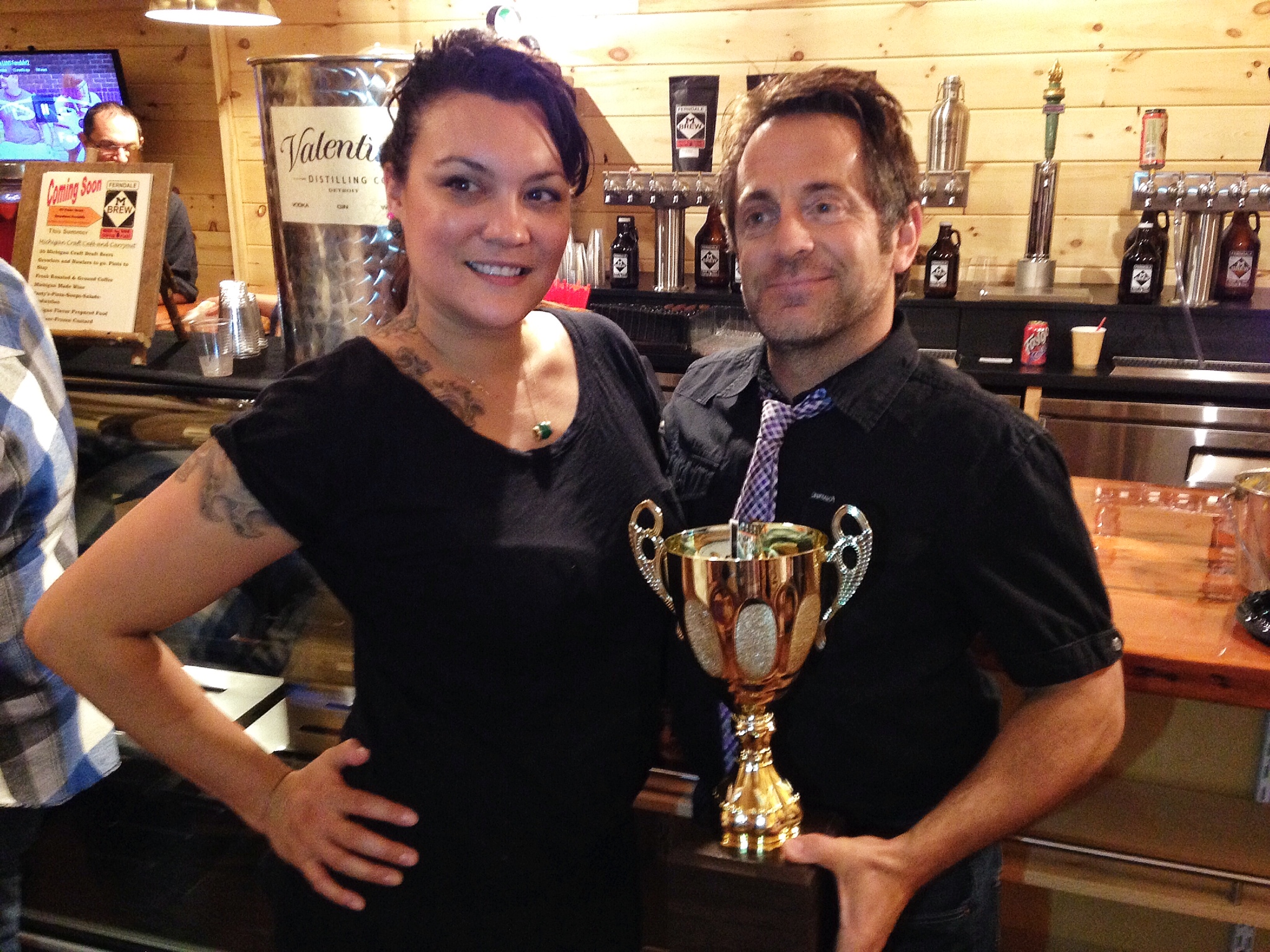 The Art of the Cocktail

Recently, Downtown Ferndale held a bartending competition to create the first “Official Cocktail of the City”. Ten Ferndale bars sent ten of its best mixolgists to see who could craft the winning elixir. After a whole lotta shakin’, stirrin’ and sippin’ cocktailers cast their votes, awarding Nick Brancaleone of Valentine Distilling Co. first place, with a drink called ‘9 & Republic’.

Named for the crossroads where Brancaleone’s father and grandparents lived, when they were citizens of Ferndale in the 1950’s, 9 & Republic begins with a base of Valentine Vodka; add St. Germaine, a dash of Compari, the juices of fresh lemon & lime; layer with a balanced combination of McClary Bros Pineapple Fennel Seed Shrub, muddled cucumber, ginger and jalapeño; top with ginger beer, garnish with lemon grass.

To say 9 & Republic is a ‘fresh and complex’ cocktail is an understatement. Imbibers interested in enjoying Ferndale’s First Official Cocktail may do so by visiting Valentine Distilling Co Tasting Room, located on Vestor, downtown Ferndale. The cocktail is said to be available at participating bars as soon as they are given the recipe.

Sponsored by Downtown Ferndale, The Art of The Cocktail was held inside the new M Brew brewery, the newest creation of Dean Bach (Dino’s). General Wine & Spirits was also a key sponsor and the event was produced, under the direction of Suzanne Abrams, in order to raise funds for public art in Ferndale. According to Abrams, the winning trophy will soon be inscribed with the name of the champion bartender and bar. The trophy will remain inside Valentine’s for one year until it is forced to defend its title in 2015.