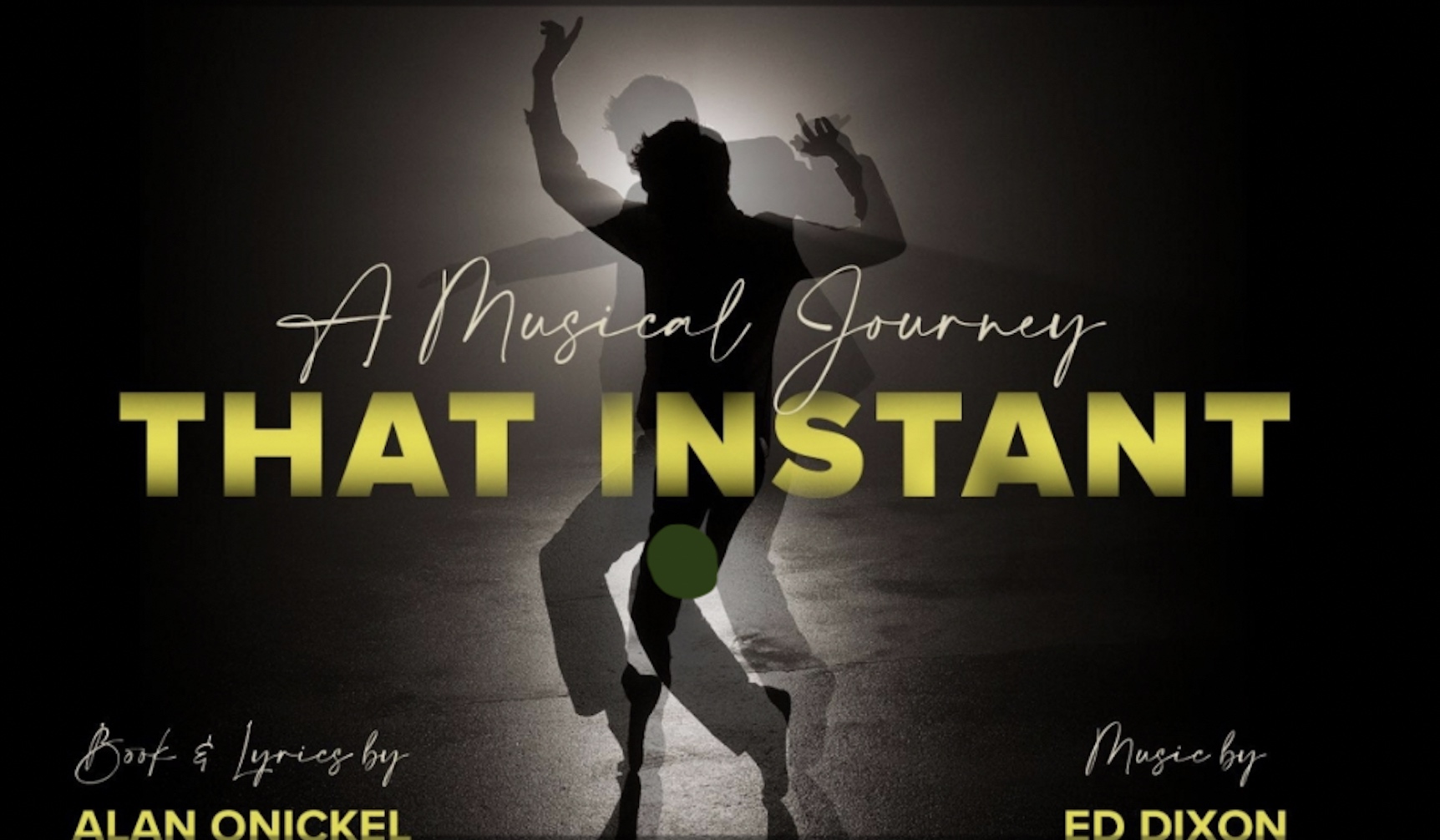 By the time this sees print, it might be too late. That’s my fault for being such a goddam slacker.

There is a show coming up. The name of the show is: That Instant, A Musical Journey. It was written and will be performed by Alan Onickel on January 12 at The Green Room 42 in New York City. (Full disclosure, Alan is my brother.) Tickets are only $19.00 to watch in person or online, as it will be livestreamed. It’s based on a true story. The bare broken bones version goes like this:

In April of 1999, Alan was teaching some dance workshops in South Africa. He was a well-known former Broadway dancer, choreographer, and dance instructor who had performed and taught all over the world. He and the people who brought him to S. Africa were driving from Durban to Capetown. They could have flown and made much better time, but his new S. African friends wanted to show off their beautiful country. Under normal circumstances this would have been a fine idea.

Another driver, possibly drunk though, changed those circumstances.

The (maybe?) drunk driver was coming at them in their lane on a mountain road. The driver of Alan’s car had two choices for avoiding the oncoming car; drive off the mountain or drive into the mountain. Alan was a passenger in the front seat and took the brunt of the crash into the mountain. The car was totaled. Two occupants escaped unscathed. Another passenger had a broken arm. Alan was unconscious. I never asked what happened to the other driver. Maybe because my only thoughts were to wish evil upon him.

Local authorities managed to get Alan to a local government hospital (minus his wallet) where he would have died. The doctors there wanted to drill a hole through his skull to reduce swelling by draining some blood. It turns out they were viewing the skull photos at the wrong angle.

A missionary friend of our rabbi, using his connections and a bribe of a few bottles of booze, managed to get Alan transferred to a private Catholic hospital where doctors were able to save his life. The missionary was also able to get Alan some matzoh ball soup. He was in and out of a coma for four days. My parents flew to S. Africa and stayed for three weeks until Alan was healthy enough to fly home with them.

There was both mental and physical damage, traumatic brain injury, and more than 40 surgeries over the years since to repair and/or replace body parts damaged in the accident. The ordeal of having one shoulder replaced four times is a story best saved for when we’re feeling too happy and need something to bring us down. There is also the longer story of being jacked around by lawyers of the S. African government’s Road Accident Fund, who worked hard, not only to make sure that he got as little money as possible from them, but also to try and make things more miserable for him in as many ways as they could think of.

There are people who have called it quits over injuries much less severe, but Alan has worked his way back to as normal a life as possible. He’s been through years of physical therapy and pain therapy, and he always will need these therapies. He takes more drugs per day than Iggy Pop and Keith Richard combined in order to compensate for his injuries and pain. Alan’s drugs are legal though and required if he is going to function. He walks with a cane. He stutters sometimes. Balance is off. Short-term memory is a thing of the past.

While he can’t do all of what he did prior to the accident, Alan still dances. He still teaches dance, these days mostly over Zoom. He was still teaching in person and traveling to France to teach every summer until Covid hit. He’s been taking ballet classes and has continued his martial arts training.

Hoping to entertain you with a musical stage version of his story, with the help of Ed Dixon, a Drama Desk Award winning composer and playwright, who wrote the music, Alan has turned his sudden “change of life” into a one-man stage show. One man is all he needs as the show is only about one life – his. Alan sings, dances, and performs the narration, all of which he wrote and choreographed. His show was supposed to have been performed in front of a live studio audience in March 2020, but Covid.

I’m not going to tell you that you should or shouldn’t watch his performance. But it is actually an uplifting show, and these days we can all use some uplifting. Just in case you decide that yes, you need an evening of uplifting entertainment (and if I’m not too late in letting everyone know), reserve your tickets at [email protected] or call 646-707-2990.

He’s also collected ten years’ worth of Facebook posts in which he narrates his journey since the accident into a book called Babblings From a Battered Brain. It’s available from Amazon and Barnes & Noble.