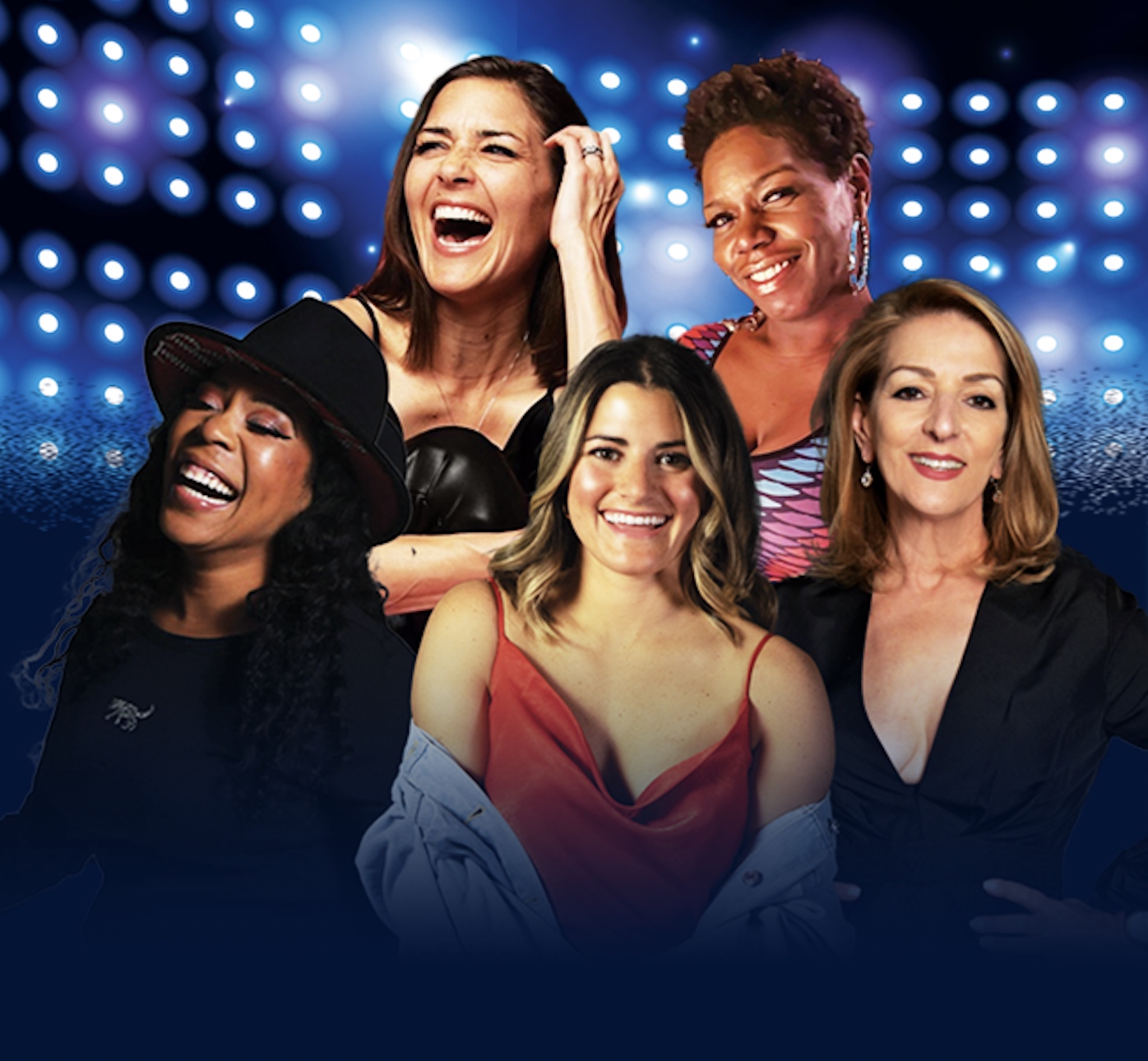 You’ve seen these ladies across the country at Comedy Clubs and festivals, have heard them on local TV and radio, but until now have not explored the psyches responsible for producing their five uniquely hilarious perspectives on life, love and being a woman in 2022.

Before we get started, please take a few minutes to prepare your coffee or tea, pour a glass of wine, or let that gummy kick in. When you’re ready, find a comfortable place to enjoy the following deep dive into the comedy of some of the funniest women this side of Big Beaver. 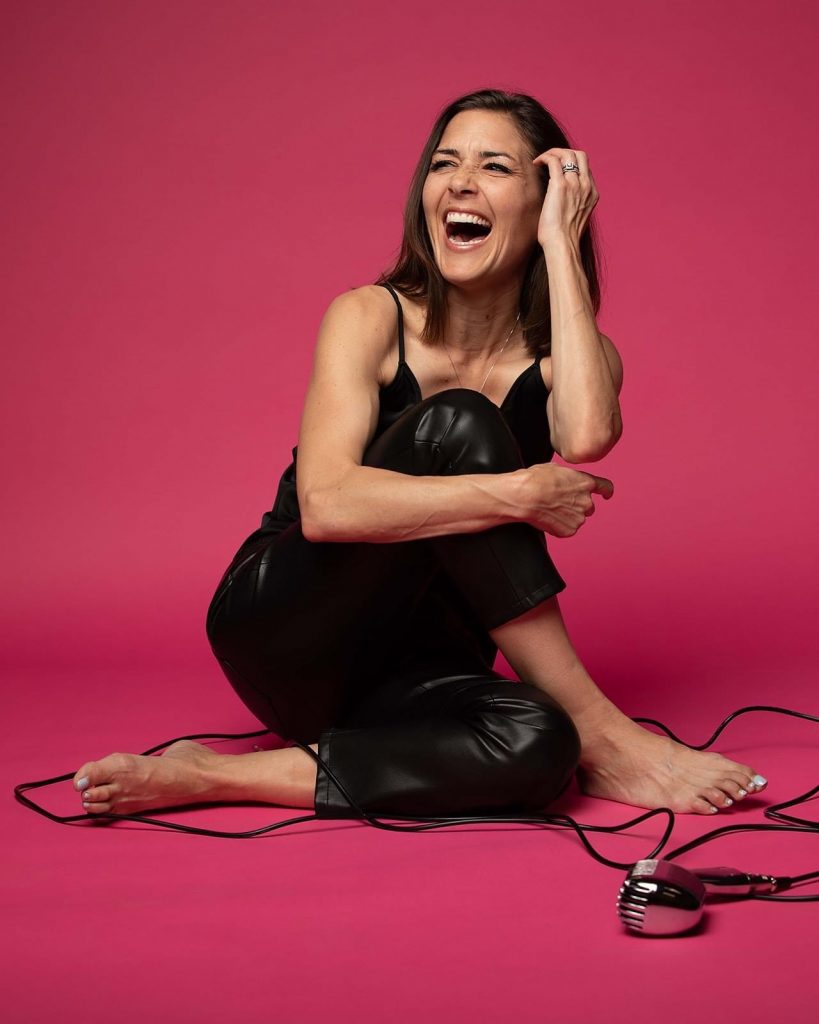 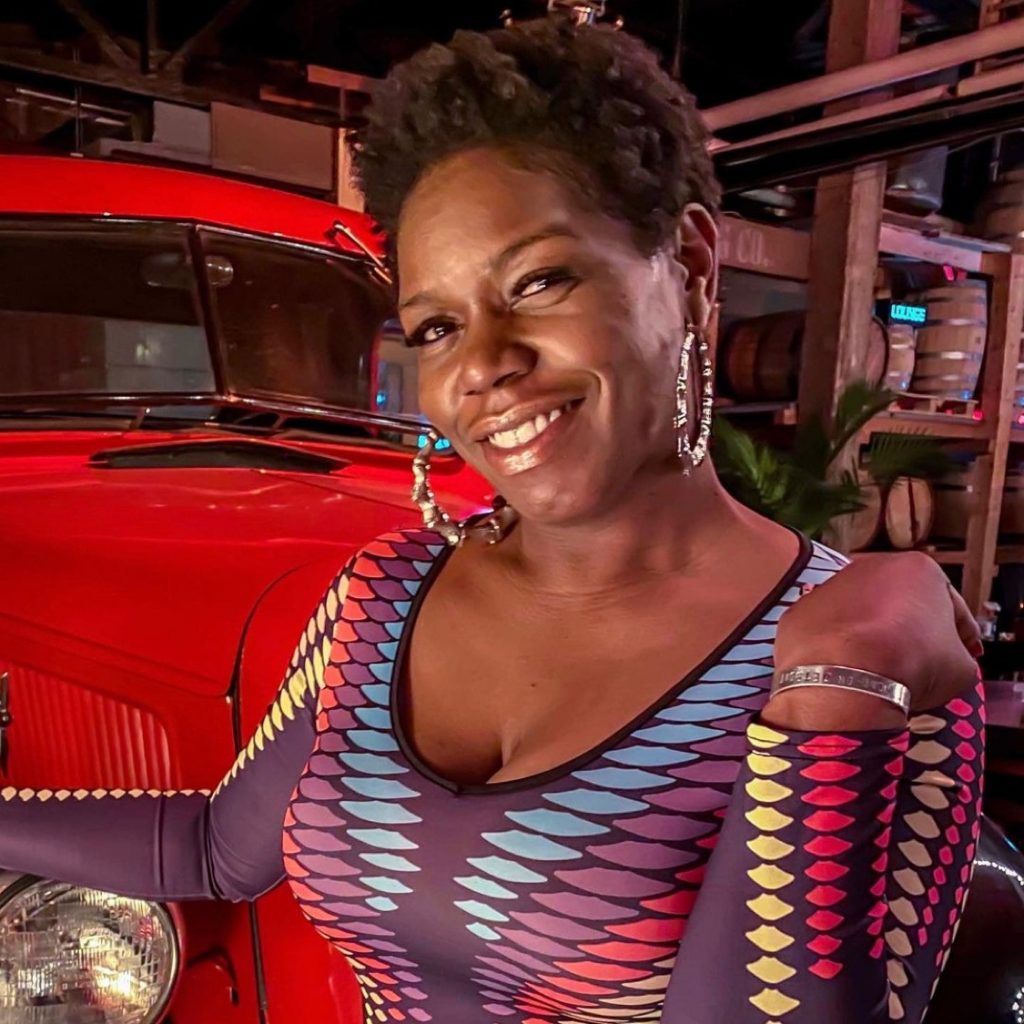 “My mind is full yet blank at the same time.” ~ Melanie Hearn

Anthony Brancaleone: Hello ladies, and thank you for agreeing to do this interview. Assuming, of course, the name of your show, EYES UP HERE! is in reference to men staring at women’s breasts during conversation, I must confess; this interview would be much easier if you all weren’t topless. But, I’m a professional so, let’s proceed. Question: What is comedy and what is the importance of Stand Up in today’s environment?

T. BARB: Comedy is so important in today’s environment because laughter heals. Today’s world is plagued with so much, people are stressed out and laughter releases positive healing energy. It’s FUN too.

CAMILA BELLARIO: Stand up is an important part of society – it gives audience members a moment to unplug from their daily lives and have some relief in the form of laughter. I think it is important to hear raw and unfiltered opinions from comics who didn’t have to ask permission to share their thoughts; which exercises freedom of speech and creates social commentary that is healthy for a society that is constantly attached to media bias. It provides levity to everyone’s life – comics and audience members alike!

KARA CORACI: To me comedy is wit, catching someone off guard. Its physical comedy. It’s saying something without saying anything at all. Today comedy has changed everything from the way we digest it to what is now politically correct. We have to be more aware of what we’re saying now than ever before.

ANN DUKE: Laughter is joy in its purest form. Comedy is a tool that we use to achieve that euphoria. Our world is so complicated and frightening these days, we need humor as a way to maintain our sanity!

MELANIE HEARN: Comedy is one of oldest forms of creative expression. Throughout history and in every culture/civilization there was always a person there to make people laugh. The same is true today.  Our job is more important now than ever because frankly people are taking themselves way too seriously these days.

Camila Bellario: My first thought is always to get the audience on my side, to let them feel comfortable in my presence. Second is just to enjoy and laugh with them. Being on stage is really cathartic in that way, therapeutic for me to be able to share my vulnerable self with strangers, and maybe make someone feel heard and less isolated in this crazy life.

Kara Coraci: I try and do a good job prior to my set of looking around the venue, getting to understand my audience and even plans to target/engage some audience members so once I am on stage I attempt for the set and audience interaction to come naturally more then it look like I had memorized a set. I have had plenty of sets, however, where I felt like I was bombing and it feels like you’re running a marathon, its painful and you keep waiting for the finish line. When that happens I am usually repeating in my head “it’s almost over, it’s almost over.”

Melanie Hearn: I’m in a zone. My mind is full yet blank at the same time. In that moment it’s just me and the audience.

Ann Duke: I’m just wondering if my Spanx are showing. 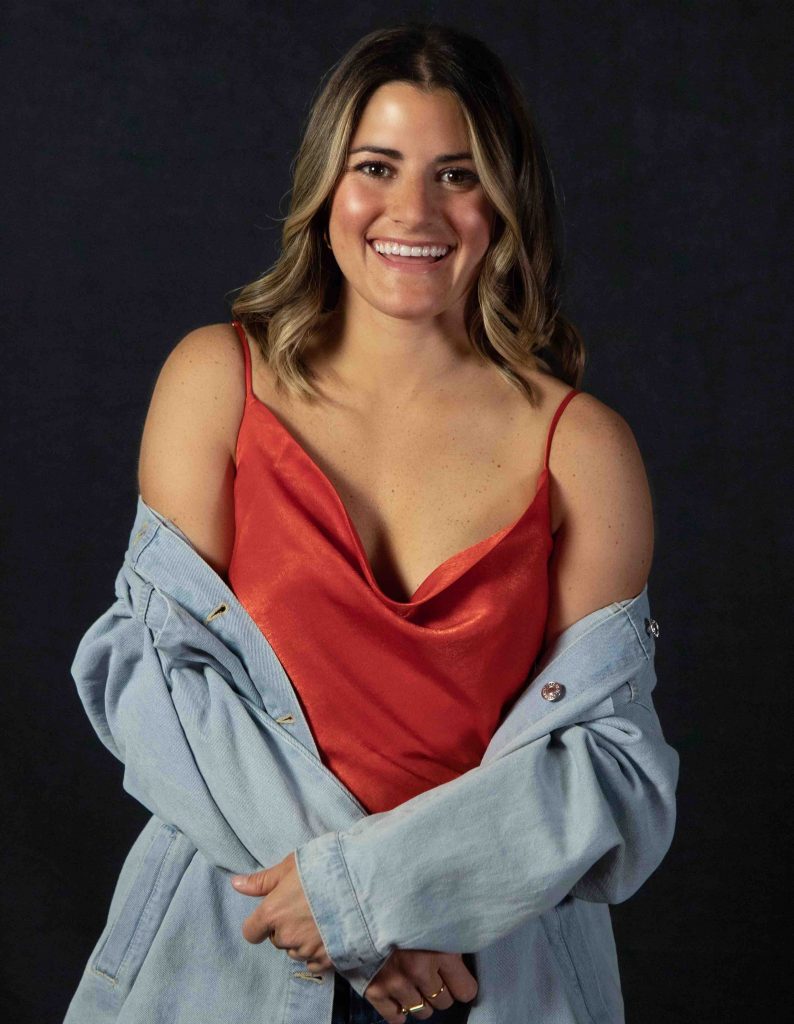 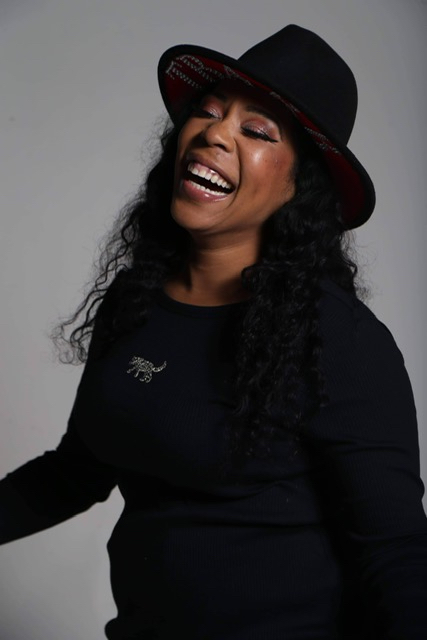 AB: Can any of you share some of your experiences working in tough rooms? As a professional, what did you do to finally get over with your audience and, if you didn’t, what did you learn for future performances?

Melanie Hearn: Detroit is a tough place to learn comedy. The great Dave Chappell can even attest to how hard the crowds are here in the city.  The tough part for me to overcome was being myself and telling MY jokes the way I wanted to and not allow the audience to dictate my set. I have learned to be confident and how to really command the audiences attention.

Camila Bellario: Bombing on stage is a sign that you are doing enough work in comedy – in other words, it is a natural part of this job. I don’t want to lie and say I LOVE BOMBING, but when I do, I always learn something.

For example, I did a 30 minute set in front of a crowd of non-regular comedy fans. I asked the crowd to raise their hands and over half of them had never been to a comedy show. Most comics will agree that this is not an ideal crowd, because they have no idea how to act – and are hard to get laughing, because they have unrealistic expectations and are not totally comfortable in their surroundings when it is their first comedy show. I always say, “when you bomb, that is the only time stand-up comedy feels like work” — it’s true, sometimes you just have to get through your set and then reflect on what questions you could have asked to let them get more comfortable. Sometimes, you just take the L and get to your next show.

Kara Coraci: I won’t call out the club but I think an odd experience I had is when there was an unruly audience that had brought a party bus for a 50 year old’s birthday. The microphone accidentally fell into the audience and one of the guests took it upon themselves to grab the microphone and start talking on it and wouldn’t give it back. Then in the middle of the show, the audience decided to have the whole party bus leave. One of the guys started handing out $100 bills to a few of us comics as an apology. Super odd but I think if I can be real, us comics live for these experiences. You just never know what you are going to get.

T. Barb: The audiences in Detroit are tough so as a comedian starting in this landscape tough moments come often but they make you sharp. The first time I bombed I was dressed to perfection. My fur was glistening but the JOKES lol, the jokes were not even close to as fierce as my outfit. That night I learned the look doesn’t matter if the content is not good. You have to work on your craft and in comedy repetition allows you to fine tune your jokes.

Ann Duke: I did a show in an amazing venue recently that had a great set up and a full house. Only problem was the audience was 95% black and I’m a middle-aged white lady. Needless to say they couldn’t really relate to my material and it was one of my worst-received sets ever.  I could tell pretty quickly that it wasn’t going well so I decided to just go all out and give them the best ten minutes I could. A few of my jokes landed so it wasn’t a total loss. Lesson learned – you’re not everyone’s cup of tea…and that’s ok. 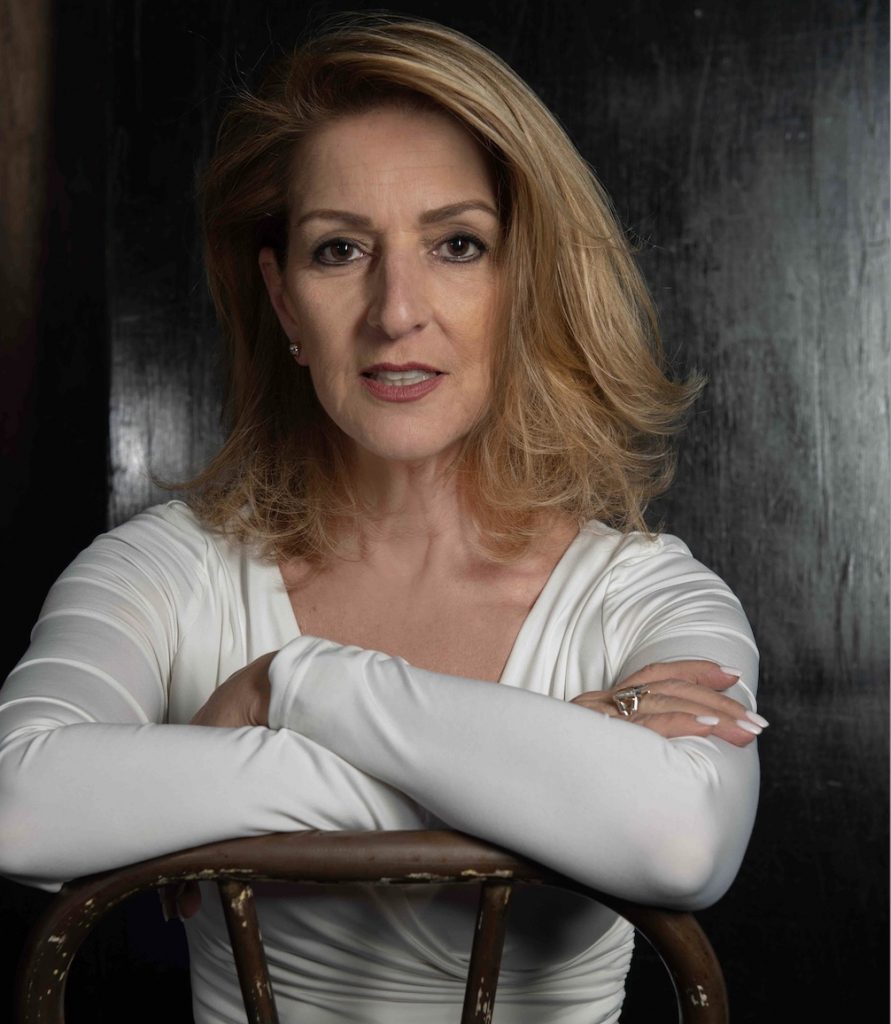 AB: Finally, ladies; Does comedy belong in the bedroom?

T. Barb: Comedy belongs everywhere, even in the bedroom, unless I’m trying to be sexy and he’s laughing, which has happened several times. Laughter can actually connect partners and is universal. If your partner never laughs, RUN.

Melanie Hearn:  Yes and no. It truly depends on the person. I’ve had it go great and other times ruined the whole mood.  Keep the funny on the stage….lol.

Camila Bellario: This is a funny question – I truly believe if you’re not laughing in the bedroom, you need to chill out. Everything is hilarious – and you should be laughing.

Kara Coraci: What bedroom? HA. And yes, I do. I think inevitably, if you’re secure enough with someone, humor will be a part of the bedroom. Maybe not every time, because like anything, there is a time and place for humor. So long as you respect that, incorporating laughs makes it that much more fun.

Ann Duke: I usually get a laugh when I take my clothes off. Does that count?

Writer’s note: In fairness, I confess that the comedians did not give this interview topless. That was a joke. However, Ann’s Spanx were showing…