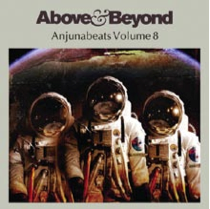 ABOVE & BEYOND Anjunabeats Volume 8

In the world of Above & Beyond there’s only ever one way — up. In the last few years alone, the UK based production/DJ trio have debuted their full live show in front of 8,000 fans in Beirut, played to 1 million people on a beach in Rio de Janiero and even been chosen to soundtrack the unveiling of Virgin Galactic’s SpaceShipTwo. Not once, however, have they or their Anjunabeats label rested on their laurels. Across a span of over 170 releases, Above & Beyond’s Anjunabeats imprint has grown from humble beginnings to become a global standard-bearer for trance and melodic electronic music. Now, more than ever, it is is synonymous with quality control that is all too lacking in today’s quick-fix digital age.

The two-disc Anjunabeats Volume 8 compilation is exactly how trance in 2010 should be. A journey showcasing the full spectrum of Above & Beyond’s sound, the compilation takes in electro-influenced grooves, deeper trance and hypnotic progressive textures alongside their trademark euphoric anthems.

Above & Beyond themselves offer a taste of their long awaited second artist album through the instant, emotional highlight ‘A Thing Called Love’, while their debut collaboration with respected German duo Kyau & Albert (‘Anphonic’) provides a driving, up beat club monster that will be sending message boards, clubs and stadia crazy for months to come.

With over 20 separate artists featured, Anjunabeats Volume 8 is a testament to the vital transatlantic family the label now represents. Ascendant talents like Arty, Aruna and 7 Skies inspire fresh excitement. Andrew Bayer’s trio of deep, genre-blurring productions mark him out as one of the most exciting names to come through the ranks since Mat Zo, who himself features through his remix of ‘Live Forever’ by Lange feat. Emma Hewitt.

There’s welcome room, of course, for long-standing Anjuna favourites like Oliver Smith, Nitrous Oxide and Super8 & Tab who make a double appearance ahead of their debut artist album and unleash their most accomplished creations yet. In the beautifully crafted ‘Piece Of Me’, the Danish Daniel Kandi has another timeless classic in the making and Dutchman Bart Claessen offers the magically climbing ’90 Nights Of Summer’. Volume 8 also heralds the first Anjuna release by Duderstadt with ‘Stranded in NYC’ plus new Anjuna signings Parker & Hanson, Thomas Datt and Who.Is, a collaborative project from Bart Claessen and Raz Nitzan.

Above & Beyond Anjunabeats Volume 8 is out on Ultra Records.