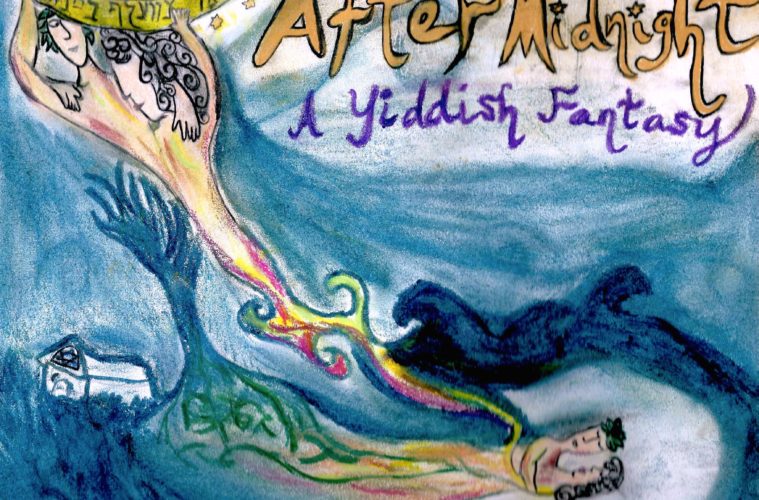 In the early 20th century, Yiddish, a 1,000-year-old Jewish language, was heard freely in the streets and cellars, shvitzes and shoe-stores of Detroit. Immigrants from Eastern Europe gathered to speak and hear their native tongue in social clubs like the “Grine vinkl” [Green corner—for greenhorns, naturally). Its robust and savory sounds wafted among the scent of poppyseed horns and bagel (the proper Yiddish plural!) at Rosen’s Bakery on Hastings Street, and mingled with the prayers of the dozen synagogues that dotted the half-mile radius surrounding. And it was declaimed to the rafters of Detroit’s popular Yiddish theatres, where the new Americans could go to see their own stories, uttered in their own sounds, acted out proudly onstage.

In 1915, following a performance of one of his comedies at the Old Detroit Opera House, the world-famous Yiddish author Sholem Aleichem presented a lecture to the sold-out crowd, received his princely $500 fee, and stayed overnight at the Elkin Hotel in Mount Clemens—owned by the family of my grandmother, veteran Detroit actress Elizabeth Elkin Weiss. She remembers sitting secretly on the staircase of the hotel as a girl, watching in awe and delight as luminaries of the Yiddish stage and page dined and l’chaim-ed in the rooms below, long past her bedtime.

Before long, it would be bedtime for Detroit’s Yiddish theatre scene, too. As the immigrants’ children happily bubbled into the American melting pot, their use of the ancestral language evaporated somewhere into the steam above. In 1937, Littman’s People’s Theatre, the seat of Yiddish drama in Detroit, closed, and the laughs of its clowns, the haunted cry of its spooks and spirits, the cooing of its painted lovers, died away in a whisper.

I and other young people have put our ear to the historied ground and heard the whisper. In our mouths, it will soon become a roar.

The students of Frankel Jewish Academy, a high school in West Bloomfield, will soon perform a Yiddish play, with English translations projected throughout. A group in New York, the Fishman Foundation for Yiddish Culture, recognized the worthiness of the project, one that has not been seen in Detroit for decades, and supported it with a generous grant. Perhaps they were won over when I wrote sincerely that “Tsu antplekn di oytsres fun der yidisher shprakh far unzere yunge-layt un unzer kehile iz mayn kholem” [To reveal the treasures of the Yiddish language to our young people and our community is my dream].

This month, the dream becomes reality with a dream-meets-reality sort of play, Samuel Daixel’s Nokh tsvelf baynakht [After Midnight], a fantastical drama from 1925. In a moonlit forest six mysterious spirits of nature collide with three misdirected humans to the most surprising results. And, most surprising of all? The Spirits of the Roses, the Tree, and the Stone, the Woman and her Lover—they all speak Yiddish.

For the young performers, it is as if the language, injured but undying, has drifted over a couple generations and is settling again in the mouths of these young actors. We are positively farklempt to be lending our breath to this revival, and look forward to you, Detroiters of all stripes, getting into the spirit.

After Midnight will play Thursday, April 30 at 6:30 PM, and Sunday, May 3 at 2:30 PM, 2015, at the Two Muses Theatre (Barnes and Noble theatre space), 6800 Orchard Lake Road, West Bloomfield, MI. Tickets are $10 (general admission) and may be purchased online by visiting aftermidnight.yapsody.com or contacting the director at [email protected]