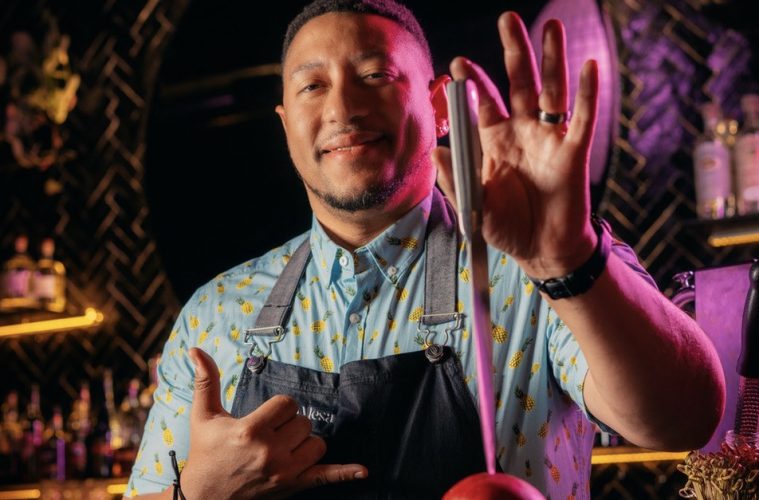 An ode to his Dominican roots, Sobre Mesa (est. 2020) is a chic Afro-Latin cocktail bar in downtown Oakland, where craft cocktails are the star of the show. Transporting visitors to an island getaway right from the comfort of their lavish seats, Sober Mesa features artisanal rums from Jamaica, Trinidad, Puerto Rico, New Orleans, and Florida.

The signature Sobre Mesa Day Rum is featured in an array of cocktails, as well as family-produced rare rums, tequilas, cognacs, bourbons, whiskeys, and other high-end spirits. Every cocktail celebrates cultures with deep-rooted histories.

Born and bred in Manhattan’s Washington Heights, German began his career in New York City at the popular seafood destination Joseph’s Citarella and the Gramercy Park Hotel with Chef Yugi Wakiya, from whom he learned refined approaches to Asian flavors.

Six years after graduating from culinary school, German became Executive Chef at Absinthe Wine Bar (NYC) and Jerry’s Cafe (NYC). In 2010, German and his wife moved to Northern California, where he continued to study the art of Mediterranean cuisine while cooking through his travels in France, Italy, and Spain.

German was named one of Plate Magazine‘s “2020 Chefs to Watch”. His exquisite Afro-Dominican menus and cocktails have gained national notoriety with stories in Food & Wine, Glamour, Delish, Forbes, and the Washington Post.

And so, it is with great pleasure that The Metropolitan presents; Chef Nelson German’s recipe for “Dominican Braised Chicken Wings (Pollo Guisado). 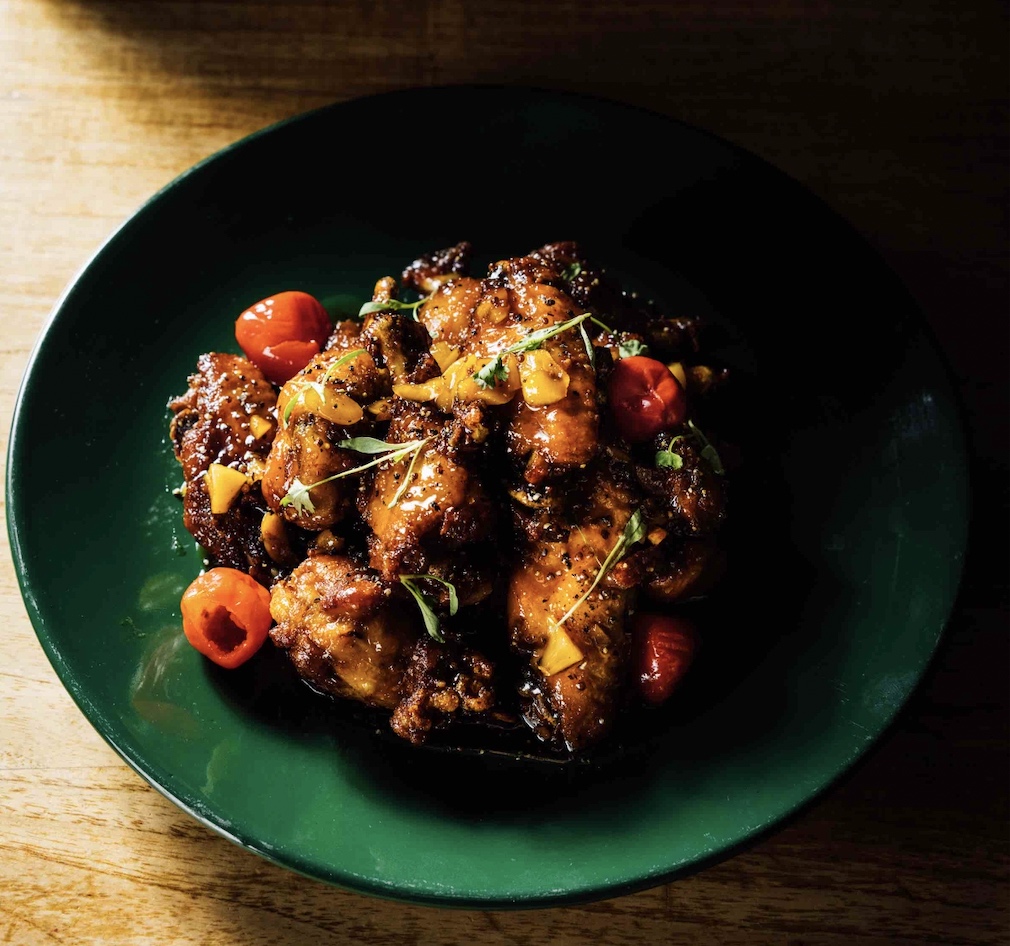 1. Combine sofrito ingredients in a food processor or blender and blend well. Reserve 1 and half cups of the sofrito for marinating the chicken wings and set the last half cup aside.

2. In a large ziplock bag, place the  chicken wings and sofrito. Marinate for 3 hours or overnight.

3. Preheat a medium aluminum or stainless steel pan with ¼ cup oil for about 5 minutes on medium high heat. This will allow pan to heat up evenly so the chicken will not stick to pan. Add the chicken pieces and cook for 1 minutes or until golden brown then turn.

4. Lower the heat to low then add the onions and garlic to the pan. Sweat down the onion and garlic until soft. Now turn up the heat to high and deglaze with the maggi seasoning, turn chicken twice so it can absorb the maggi.   .

5. Add the cumin,smoked paprika & lemon pepper and stock. Bring liquid to a boil and add tomato paste then sofrito, stir both well until dissolved. Add orange zest plus the juice then the olives.

6.Lower the heat to low and cover with lid (if there is no lid for pan then use aluminum foil). Braise chicken for 30 minutes or until preference of tenderness.

7. Make some rice and pan fry some sweet plantains for an added dominican touch. Plate the chicken on a platter without sauce. Then add a ¼ stick of butter to sauce to sauce and stir until dizzolved.

8. Now pour over your delicious sauce on the chicken wings and Enjoy!

1 Bunch Cilantro (Use Leaves and Stem)

Add all ingredients in a food processor and blend until mix is smooth.