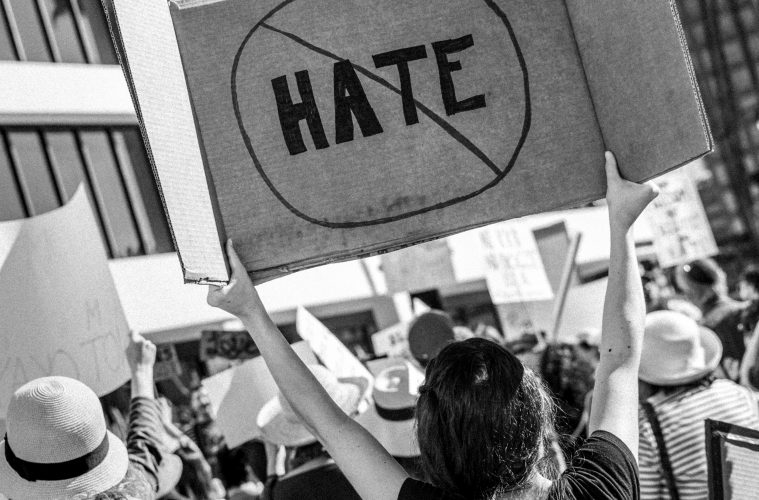 An Open Letter to the Outraged

Enough with the hyperbole already. There are no concentration camps at our borders. You are not “the Resistance.” Trump is not Hitler. As I recall, between 2000 and 2008, Bush was Hitler. So Trump can only be your current Hitler – until the next Republican president becomes Hitler. Do you see a pattern here?

Since the knowledge seems to have been misplaced or ignored, let’s review a bit of the history of Hitler, Nazis, and Nazi concentration camps.

Hitler rose to power in a 1930s Germany that had been beaten and humiliated by their enemies in World War I and then by the Great Depression. He blamed all of Germany’s troubles on the Jews, and passed anti-Jewish laws. These laws forced Germans to boycott Jewish businesses and forbade Jewish children from attending public schools. He also had mobs working for him to violently silence his opponents. This was one step toward the concentration camps – the real concentration camps, the ones in which millions of Jews and other undesirables were murdered – not housed in less than optimal conditions – but murdered – in every way that the SS could conceive. Jews were beaten, stabbed, shot, starved, worked, and tortured to death. Those who weren’t killed immediately served as slave laborers. Their emaciated bodies ended up in mass graves or in ovens. The discovery of these camps shocked even battle hardened soldiers who thought they’d already seen the worst that humanity was capable of. Photos and videos are available. You know how to find them.

Yes, the situation at our southern border is awful. Children should not be separated from their parents. The psychological damage from separation in addition to the physical journey is immense. And, I don’t blame the people trying to escape to the U.S. – I would do the same in their situation. But these children are still not being held in concentration camps. Believe it or not, American authorities, including border patrol agents, are concerned with the children’s welfare, unlike the you-know-who.

People resisting the Nazis did more than trade Facebook and Twitter memes. They picked up guns and fought. During their resistance, they lived under much more uncomfortable circumstances than we are used to as we sit in front of our computer screens. They risked death, either quickly by German bullets, or slowly in one of those real concentration camps mentioned above. Hans and Sophie Sholl, Christian German siblings, were executed for passing out anti-Nazi pamphlets. Hannah Senesh captured after entering Hungary to aid local Jews, was tortured for months before facing a firing squad. Jewish resistance fighters in the Warsaw ghetto fought German SS and police units for a month with no outside help before being wiped out while the rest of Warsaw’s Jews were taken to concentration camps for extermination. There were no reporters, lawyers, or protesters complaining that Jewish ghetto children were being separated from their parents. Jewish children were murdered just as their parents were.

I hope you see the distinction between the reality of then and your heroic fantasy of today. Hitler and the Nazis did not tolerate dissent. If you did not march in goose step with them, you were an enemy of the state and were shut down – permanently. The Nazi mob ruled.

While the biggest concentration camps in Germany and Poland have become museums, these days we are seeing the return of the mob  – not as poetic sounding as “the Resistance” but certainly more accurate. It is the mob that hounds people who think differently. It is the mob that becomes the tool of a tyrant, that burns objectionable books, that attacks people in the streets and in their homes, that boycotts businesses for incorrect thinking, and that shouts down speakers who hold differing and now forbidden opinions. In short, the mob is bad. We should all be anti-mob. The mob will either shut down all dissenting thought, including yours if you should utter an incorrect belief, or lead to the creation of a counter mob. I don’t think any of us would profit from the escalation that would follow.

So let’s calm down, cut the hyperbole, and even if we think the president is an orange-skinned, loudmouth victim of a bad comb over, and no matter how strong your rage against the Donald is, do yourself a favor and remain civil; lest you yourself become that which you hate.