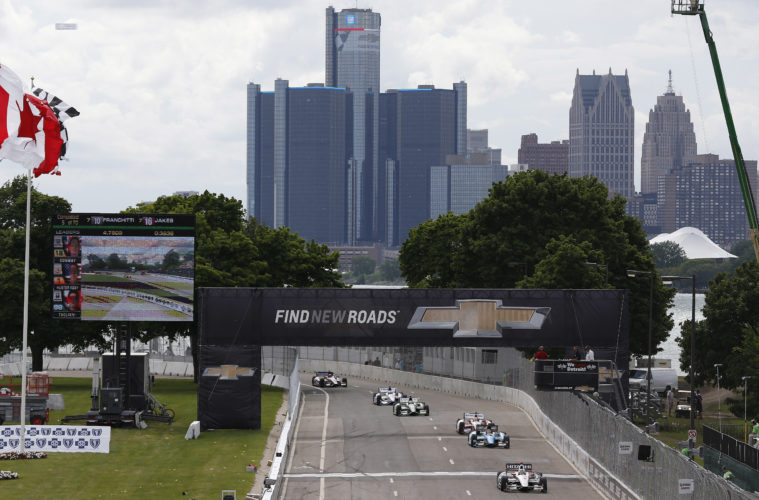 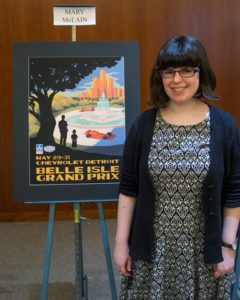 Located in Midtown Detroit, the College for Creative Studies (CCS) and the 2015 Chevrolet Detroit Belle Isle Grand Prix partnered once again to host a competition among its design students to produce a poster for the international race.

Mary McLain, a 22-year-old design student from Livonia, Mich., was chosen as the winner of the competition, with a creation that incorporates elements of nature on Belle Isle Park, the Detroit city skyline, and a father and son watching cars race around Scott Fountain.

“It was a really tough decision for the judges this year as all the designs were unique and strong in their own way,” said Bud Denker, Chairman of Grand Prix, who has served on the judging panel in each of the last three years of the competition. “Mary’s design just seemed to tell a perfect story of the experience at the Grand Prix and it was a unanimous choice as the winning entry.”

The official event poster will be produced, showcased and sold throughout the weeks leading up to the Grand Prix. The poster will be highlighted on race weekend, through the rest of the summer, and the design may also be included on merchandise items moving forward.

“It’s really an honor to win this competition,” said McLain. “There were a lot of great entries and now I’m really excited to attend the Grand Prix and enjoy the experience on race weekend.”