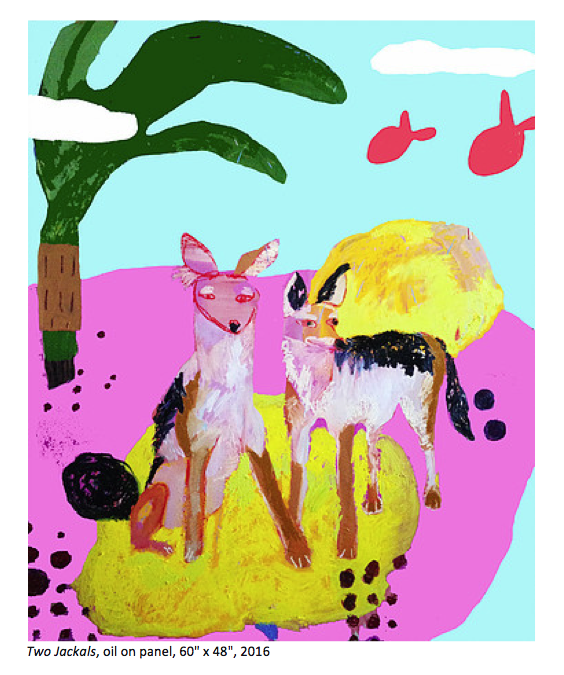 as above, so below: works by kimia klein

As Above, So Below: Works by Kimia Kline

Kimia was born in Nashville, TN in 1984. She earned an MFA in visual arts at the San Francisco Art Institute, San Francisco, CA in 2011, and a BFA in painting at Washington University, St. Louis, MO in 2008.

In 2011-­‐2012, she was awarded an artist residency at The Dune in southern India, where she lived and painted for eight months. In 2014, Kimia was named a Makehouse Residency sponsored artist.

Kimia also curates the art collection of Wythe Hotel in Brooklyn, NY, and is represented by Turn Gallery in New York, NY, and the Marrow Gallery in San Francisco, CA.

Most recently, as a finalist for the Basil Alkazzi Award in Painting, she was granted a residency through NYFA. For five weeks she painted and taught in partnership with WSU. The outcome of the residency culminates into the solo exhibition held at the Elaine L. Jacob Gallery, WSU.