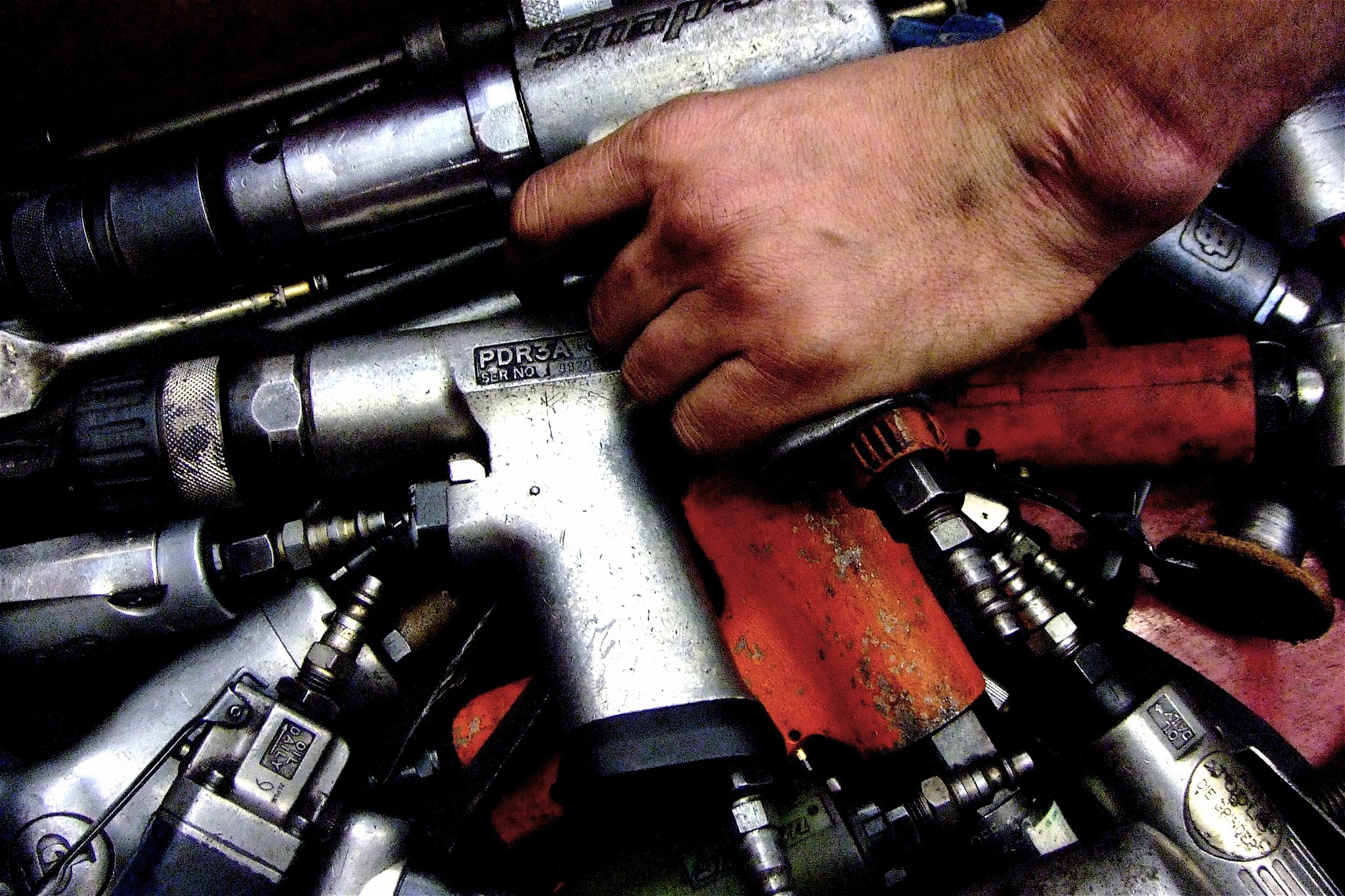 With a sluggish economy in Michigan car owners have been steering clear of new purchases, preferring to spend money on the maintenance of their current vehicles. Top Tech Automotive Repair has been providing quality service for folks in the Royal Oak area for ten years. Owned and operated by good ole boys Rob and Doug, Top Tech is an honest neighborhood garage that has survived solely on word-of-mouth and personal referrals.

There are two schools of thought concerning a reputable garage: One is that a well maintained garage equals a well maintained engine, while the other insists the ‘well used’ look means a much busier garage and, therefore, a better indicator of the shop’s demand. Top Tech clearly falls within the second category. “The garage began clean enough” explains Rob “but after we got so busy it’s not so clean anymore”

Dr. Doug: Dubbed the “Dr.”, Doug resides up front where he takes care of customers, gives estimates, orders parts, operates the computer and mans the phone. Of course, Doug isn’t above checking under the hood, which is why he’s usually seen donning rubber surgical gloves. “People love my gloves” Doug says. “ Except for this one guy, who kept saying he hoped my hands would get better.”  And, while Doug made it clear the gloves were used to keep the computer clean his customer would not be swayed, “I sure hope your hands get better . . .”

Rob: When he’s not on the figure 8 racetrack – driving #28 for team Top Tech – Rob is taking down eight pointers, throwing wild game dinners in his home and making sure all engines run smoothly before leaving one of Top Tech’s three bays. While you’re waiting to replace your radiator ask Rob about the venison jerky he keeps in the rear. Made in Michigan!

Jason: Beauty school drop out turned mechanic, Jason left the barber chair “due to girls” – whatever that means – and has been “wrenchin’” for six years now. His true mechanical hands are begrimed to a point where Doug will not allow him to touch the exterior of a car. But, once under the chassis – Oh, what sweet music . . .

In the beginning, a few of the locals would hang around the shop drinking coffee, watching tv and disturbing Doug while he was on the phone. “They’d bring in hunting videos and even started receiving phone calls at the shop,” remembers Doug. “ We had to put a stop to it when I caught one of the guys with his foot on the table clippin’ his toenails.”

Those days are gone now, but what doesn’t kill you only makes you stronger. Top Tech is available for all your service needs including blades, batteries and used tires.