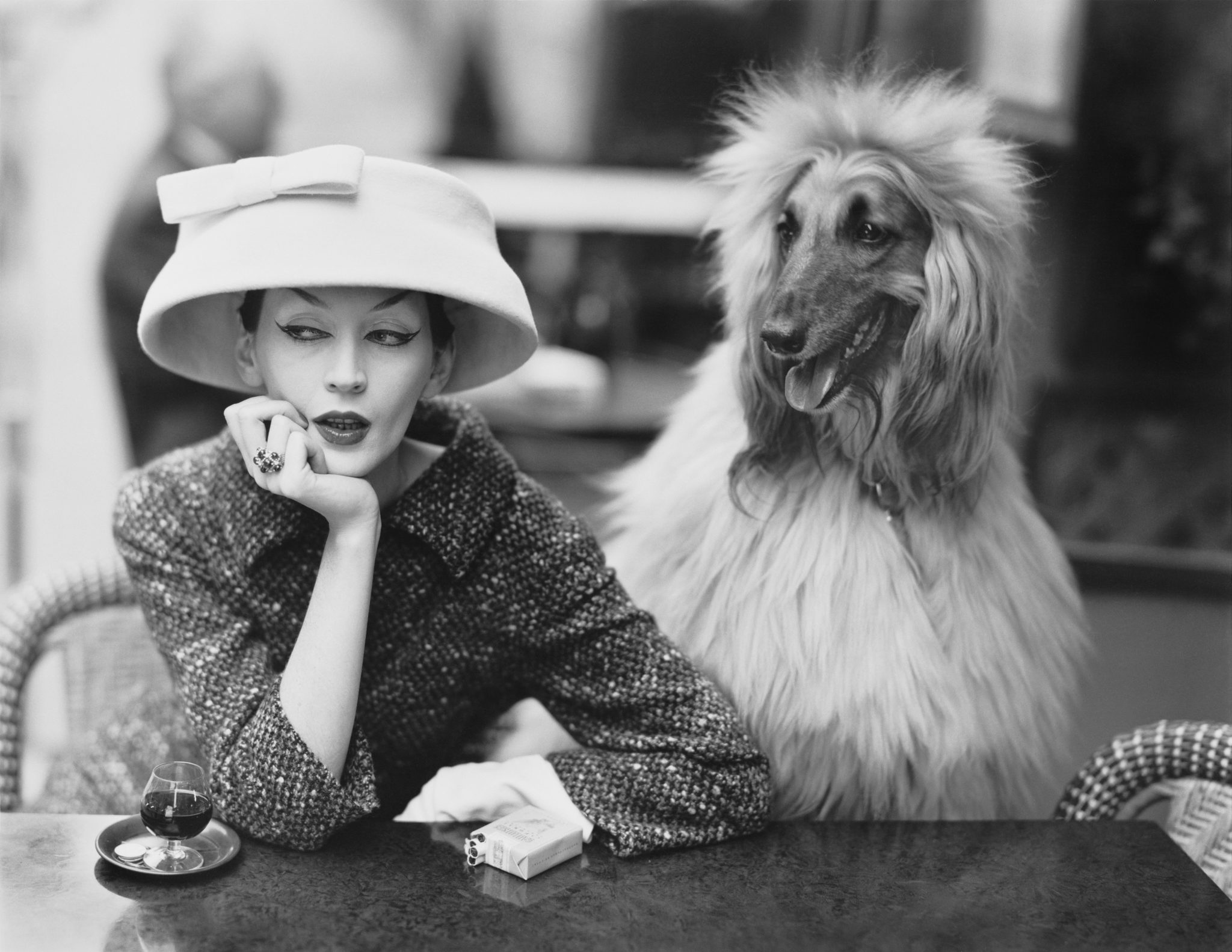 Richard Avedon was born in New York City in 1923 and spent nearly every day of his life operating a camera until the day he died, October 1, 2004, while on assignment for New Yorker Magazine, in San Antonio, Texas. In that time, he made over 500,000 prints, which roughly comes to 17 per day, and shot who knows how many frames of film in doing so. If a picture is worth a thousand words Avedon has spoken 500 million of them, and they have each been words of poetry.

Avedon attended Clinton High School and was co-editor, with James Baldwin, of the Magpie literary magazine, he was named Poet Laureate of New York City High Schools by the New York Times in 1941, served in the U.S. Merchant Marines between 1942-44, and at the age of twenty-one received what may have been his most difficult assignment from Harper’s Bazaar magazine, then Edited by Carmel Snow, Diana Vreeland and Alexey Brodovitch.

During WWII American fashion was it. While the Nazis occupied France there was literally no French fashion to speak of. At the time, the images in Harper’s illustrated to the world just how beautiful life could be, and the Editors told Avedon that he was to visualize French glamour prior to the war – a vision that did not exist – and bring it to life on the page. This from a city (Paris) that, one writer of the day observed, looked like “it had fainted”, and from a young photographer whom had only recently published his first photograph. And, so Avedon set out in search of romance and soon discovered he would have to create it himself.

“And if a day goes by without my doing something related to photography, it’s as though I’ve neglected something essential to my existence…”

Every bit an American photographer, Avedon translated fashion photographs into intensely stylized images of women. He collaborated with his models to create visions together and chose to ignore the typical trappings of his time. His muse, Dovima, dreamed of being a dancer and would use strong, elegant poses, wearing gowns against neutral backgrounds Avedon designed to set off the model. He appreciated theatre and dance, and channeled the culture of his day into his idea of fashion.

Always conscious of working with clothes that needed to be seen, Avedon would frame fabulous pictures that at the same time performed function. He worked for the layout in order to animate the page, and fully understood sequence, whether he chose to use it or not.

In 1947, Avedon began photographing the French Collections in Paris for Harper’s Bazaar and Vogue. With directorial skill he created romantic night escapades as complicated as any film location, using huge generator trucks to illuminate whole city blocks, while French police held back crowds of people behind wooden barriers. Images of women smoking, drinking wine and gambling were controversial themes in their day, yet Avedon masterfully handled his subjects with the aesthetic of 1930’s cinema, giving these motifs depth and adventure.

Paramount Studios decided to do a movie based on the life of Richard Avedon and in 1957 they hired him as visual consultant for the film Funny Face, directed by Stanley Donen that starred Fred Astaire and Audrey Hepburn. The following year, Popular Photography magazine named him One of the World’s Ten Greatest Photographers.

Again, Avedon did not flinch from controversy as the Youth Culture of the 60’s found him shooting the Mod Look for Vogue. Confident, independent women were the order of the day and Avedon found his element with models Veruschka, Delores Guiness and Lauren Hutton. Less clothing and more skin began filling the pages of fashion magazines and Avedon pushed the boundaries of acceptability, while always adhering to his personal good taste.

Though fashion was never Avedon’s favourite aspect of photography – he preferred himself a Portrait Photographer – he took pleasure in making his living that way. The exhibit, which shows his work of nearly six decades, is a testament to that. He is dramatic, unconventional and whimsical and he revolutionized editorial fashion photography throughout his career.

By the 1980’s, Avedon shot almost every cover of Vogue and worked with every fashion icon imaginable. He developed an early prototype for the “cult of celebrity” with Suzy Parker, paving the way for supermodels Twiggy, and Penelope Tree, shot playful images of Audrey Hepburn, sensual portraits of Bridgette Bardot, and was instrumental in bringing ethnic women into the pages of fashion. He’s done ad campaigns for designer Gianni Versace, shot Naomi Campbell, Kate Moss and Stephanie Seymour, and in 1992 became the first staff photographer for The New Yorker.

On his last day, Richard Avedon had a camera in his hand, and I would love to know how many frames he shot, and what images were on those frames. Would they tell us anything more about a man devoted to capturing moments? Avedon is a creator; an attempt to define his work seems to me almost a silly pursuit. It implies I am qualified to do so, and I am not. But, I am capable of calling something beautiful when I see it, and I can certainly acknowledge the beauty and importance of Avedon’s fashion photographs, 1944-2000, even if the artist himself doesn’t consider it his “deepest” work. “My photographs don’t go below the surface. They don’t go below anything. They’re reading of the surface. I have great faith in surfaces. A good one is full of clues…”