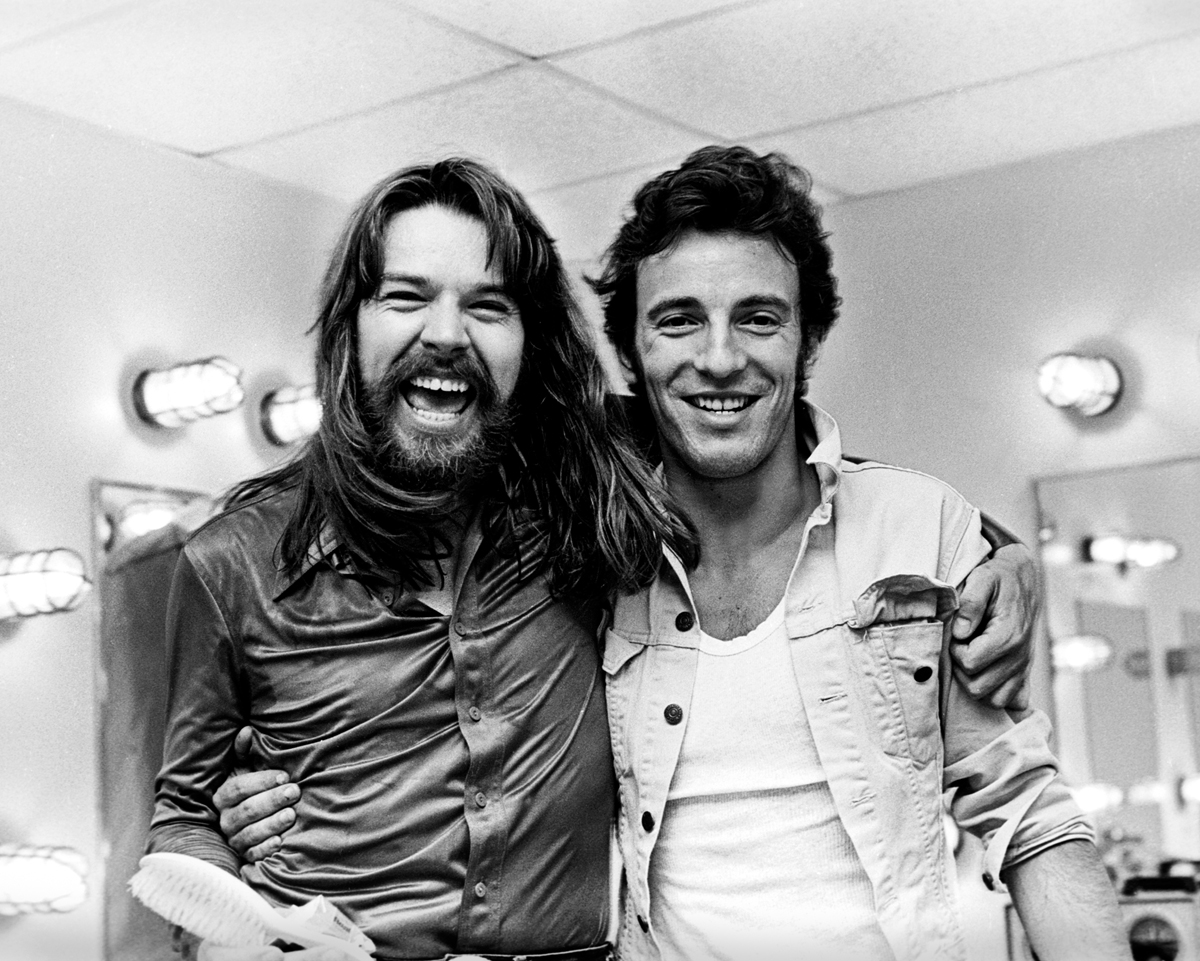 On the Road and Behind the Scenes with Bob Seger (Authors: Tom Weschler and Gary Graff)

There is a photo in the beginning of Tom Weschsler’s book, Travelin’ Man; On the Road and Behind the Scenes with Bob Seger, a self portrait taken in 68’, of a 19 year old kid just starting out in life. He’s holding a Nikkorex, with a 50 mm lens, using the self-timer and a mirror to capture he and female friend, Pat Kamego, backstage at the Meadowbrook Music Festival.

“If I stand in the mirror I’m not that much different”, Weschler says. I tend to agree with him. He’s still youthful, in both appearance and attitude, but now carries decades of rock and roll wisdom. “They say it’s a blink of an eye . . . that’s Jackson Browne, isn’t it?”

Weschler spent more than ten years from the late 60’s throughout the 70’s in the Bob Seger camp, working first as a roadie when friend, Richard Kruezkamp, asked if he would help set up Seger’s equipment, and later as tour manager when illness prevented “Krinkle” from continuing.

On the road, Weschler photographed Seger, capturing his hard gigging, heavy traveling early days and documented the build up of the Bob Seger legend. He shot technical photos for Gibson guitars, Cream Magazine, and parlayed his behind-the-scenes connections into a life of rock and roll imagery, documenting Queen, the Stones, Who, Hendrix and the Doors amongst others.

Weschler’s stories and photographs bring to life some of the more elusive moments in Seger’s career, including the early shows played at high schools and shopping malls, the struggles to get air play, studio shots while recording Mongrel and a series of never- before-seen tour photos.

To date, Travelin’ Man is the only book on Bob Seger – which also contains the artwork of eight Seger album covers that Weschler designed – and its rock solid. “I keep telling these stories so they’re fresh” Weschler muses. “Photography preserves history and I love history. With this book I just want to pass it forward.”