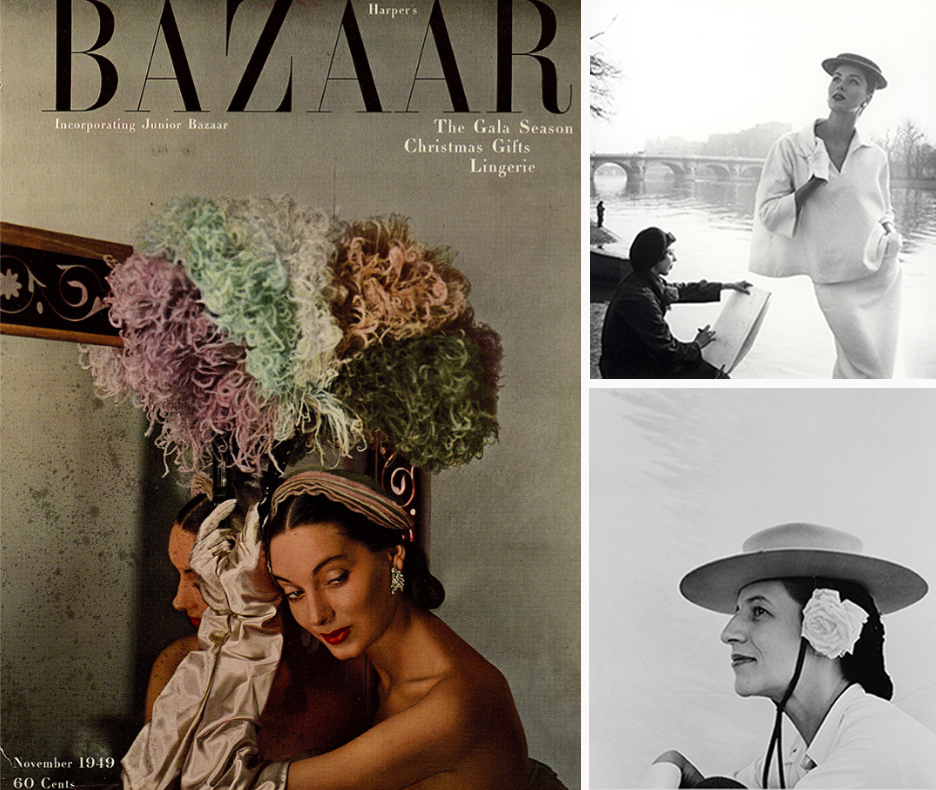 APERTURE’S REMARKABLE NEW MONOGRAPH on pioneering mid-century photographer Louise Dahl-Wolfe shines a light on one of the most influential but overlooked fashion photographers of the 20th century. Together with Diana Vreeland, Carmel Snow and Alexey Brodovitch, Dahl-Wolfe helped revitalize Harper’s Bazaar in the 1930s, ushering in the magazine’s golden age. Over 22 years there, she experimented with black-and-white, early color, natural light in outdoor settings and stories set in exotic locations—virtually creating the genre of modern fashion photography.

Bazaar published more than 600 of her color photographs, 86 covers, and thousands of black-and-white photos. Her work influenced and was praised by all of the great photographers of her day, including Richard Avedon, Horst P. Horst and Irving Penn. And yet, until now, her work has been virtually forgotten. We highly recommend a second look.

ABOVE FROM TOP RIGHT: Dahl-Wolfe’s cover for the November, 1949 issue of ‘Harper’s Bazaar;’ Suzy Parker by the Seine, costume by Balenciaga, Paris, 1953; a 1942 portrait of Diana Vreeland in Phoenix, Arizona.