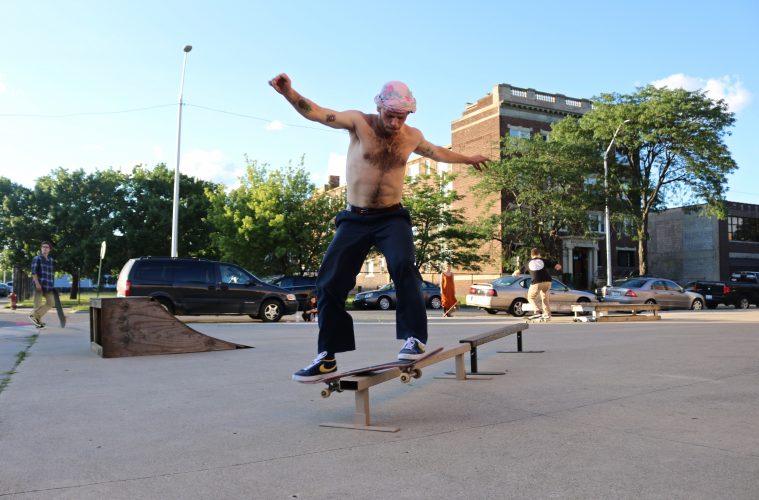 Words By Dan B. Jones  Photos by Francis Spade

There is a certain freedom in movement. The pump of a skateboard to build speed, and the little pivot starting from the torso to scrub it, feels like a little piece of life. A couple years ago the Brainard Street Social Club  was just some building with no signage, an abandoned gas station with people carrying out junk. They looked purposeful, had some momentum, but then, as far as I knew nothing had happened.

Dan Scarsella, one of the progenitors of this space, unlocked the door and shoved the thing open. Through the old front space we walked into the main room; the showpiece. I think I may have even said, “This shit is badass.” From the alter to the kiddy depth, the vaguely kidney shaped wood skating pool ranges from three to seven feet deep. The whole thing is beautifully constructed. Its swooping arcs and tight seams push up to the walls. The structure is a thing of economical beauty. Carpenter, and inaugural member Davon Kars shaped the thing just right. Every last inch is utilized in such a way that if the thing were any bigger it might seem untenable. It’s just the right size for Detroit. 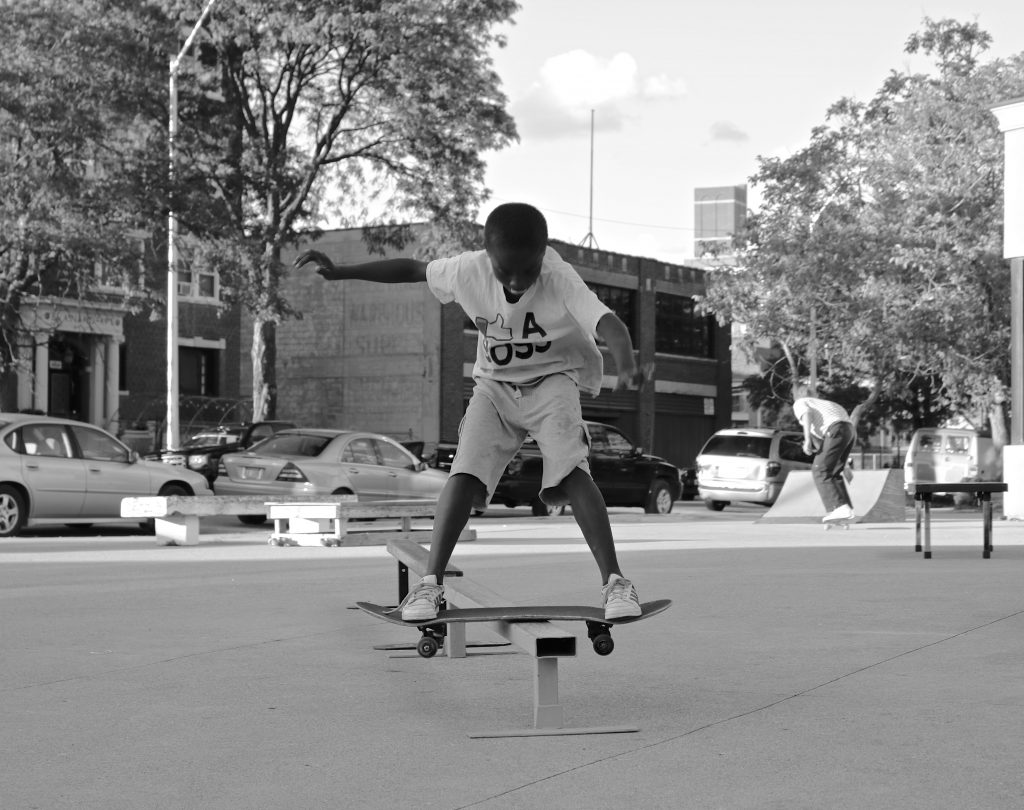 Soft spoken and slim, with a formidable beard and a tangle of brown hair, Dan Scarsella is a quadragenarian skater, and the head brewer over at Cass Corridor mainstay Motor City Brewery. The Social Club is just down the street from MCB. Clearly, the space was the brainchild of Scarsella, his childhood friend Derek Miller (owner of Pigeon Skate Shop), cousin Jack Scarsella and Davon Kars. But, when I compliment Dan for the success of the space, he completely rejects the notion. I say he must have put in a ton of work to make it happen with his friends but he shrugs it off.

“It’s hard to get people out of the mindset of like, ‘Oh, you’re an owner, and you’re an owner,’” Dan says pointedly. “I’m like, No this is really skateboarder owned and operated. This is us, we’re the ones making sure this happens.”

For two hundred and fifty bucks initiation fee followed by fifty dollars a month you’re a member. It’s that easy. You get a key and the place is open to you 24 hours a day, seven days a week, which is a huge selling point.

“Some people work midnights,” Dan said sympathetically. “They come in first thing in the morning. Some people come in at 11 and skate. You can fit your practice schedule around your lifestyle, which is something nobody else does.” 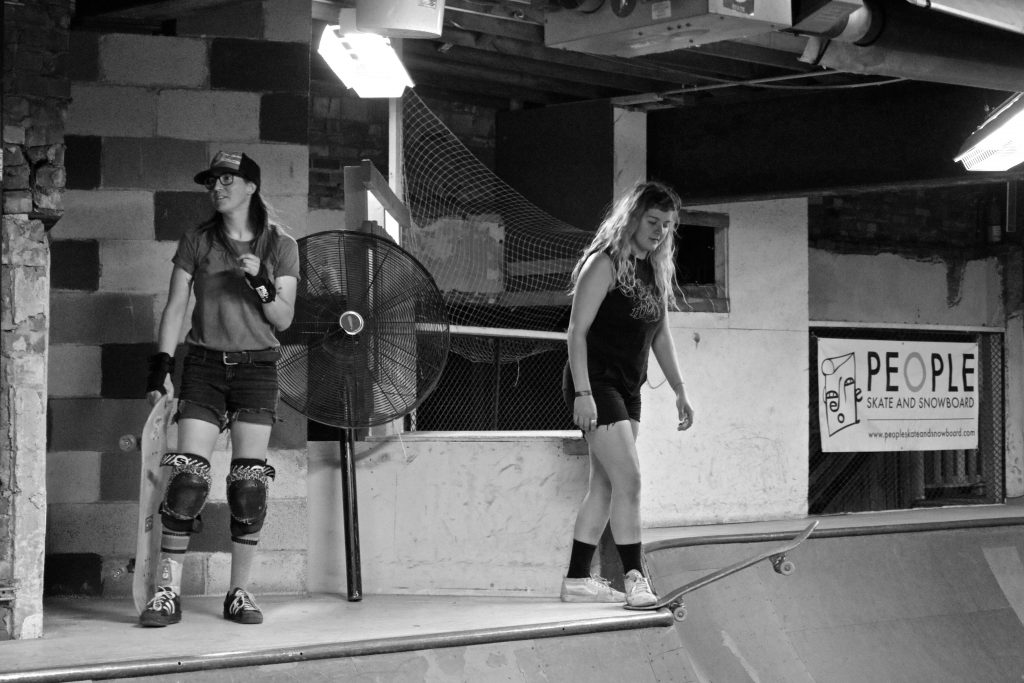 Social Club is an excellent descriptor for what’s going on in the clubhouse. Dan and I were the only ones there when we stopped by, but the space positively thrummed with life. Sharpie tags were scrawled over no smoking signs and a couple cig butts in an ashtray appeared fresh. The pool is scuffed; it looks loved under the harsh fluorescent lighting (salvaged from the build out done at the Shinola building). The membership skews in age for dudes and ladies from their 40s, like Dan, all the way down to 20.

“It’s Boys and girls, it’s all nationalities, all denominations. All different peoples from all different walks of life, but everyone enjoys skateboarding,” says Dan.

The Brainard Street Social Club brings all these people together under the banner of skateboarding. Plus, all these skaters are able to feed off of each other, push each other to the next level. Alex Manchester, a 21-year-old Grosse Pointer loves the place.

“Detroit skating is sick, everyone knows each other for the most part.  Sessions, especially at Brainard… get fun fast cause everyone vibes off of each other.”

And this seems like the idea. It’s not about pretense or having fat stacks, it’s just about skating with your people. If you skate, or want to, take Alex’s advice, “Join the club! Come hang!”