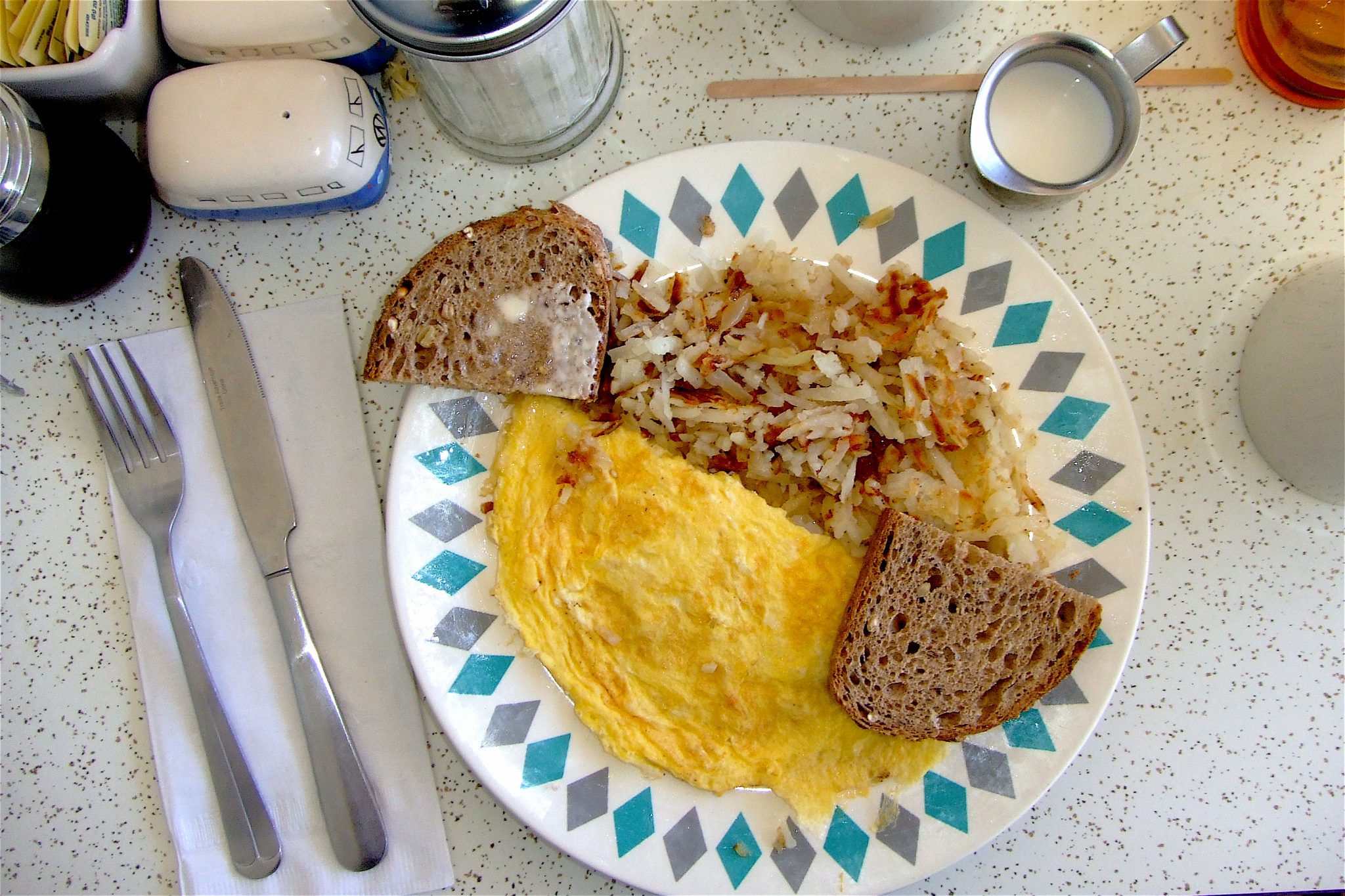 Jessica had been living in Hoboken, New Jersey, for six years when she lost her job. Her friend was leaving for Detroit to celebrate New Year’s Eve with her boyfriend and asked if Jessica would like to come. “You’re not doing anything here,” she said. So, Jessica jumped in the car and made the long drive to the Motor City.

When they arrived, the boyfriend decided it would be best if he invited a friend – no need for Jessica to feel like a third wheel – so he called his buddy, an Irishman, and asked if he wouldn’t mind making it a foursome.

Things went well and pretty soon Jessica and the Irishman were married. Not long after that they took over where Anna’s Coffee Shop left off – due to the passing of long time Pleasant Ridge favourite, Marion Cosstick – and now work as a team serving breakfast and lunch to area diners in much the same décor as the half century old Anna’s.

Oh, some things have changed, but not much. The couple did a fine job restoring and refurbishing the landmark, maintaining its original ambiance. There are new floors, new paint and a few fixtures, some nice black & white photography on the wall, a good cleaning and, I am sure, the kind of structural work the Irishman would prefer to forget.

Tables and chairs are the same, counter-top, stools, music and the old fashioned register. And, while I missed Marion enjoying her morning cigarette and paper I couldn’t help thinking that if she walked into Mae’s she’d be happy with what she had seen.

Mae’s is lively, well lit – with natural light shining softly through windows that wrap around the building – and has the feel of a modern classic. Customers seemed happy to be here; a four-top with kids eating big sandwiches, a couple near the window, a man seated at the counter having coffee and what appeared to be an off duty server proudly showing her parents where she worked.

Our table kept things simple with a pepper jack omelet, hash browns and multi grain toast ($4.95), Fried Egg Sandwich w/ bacon ($3.50) and the Plain Old Platter; two eggs, hash browns, toast and bacon ($6.75) and found it all very satisfying. Bread comes from Detroit’s Avalon Bakery and Mae’s offers delicious homemade raspberry and strawberry preserves. Coffee ($1.75) was good and hot and endless – but then I do work for the paper and we serious newsmen tend to get those kinds of perks.

Mae’s has a variety of omelets and scrambles on the menu, Benedicts – Classic, Our Way, Your Way – and Aebelskievers ($7); Five Scandanavian pancakes served w/ whipped cream and either strawberries or raspberries, w/ meat, coming straight from the annals of Jessica’s family recipes. According to the menu, you’ll never eat regular pancakes again!

Though the Irishman wasn’t in,his father, known by all as Big Red, was seen lending a hand, making Mae’s a family affair with a long and bright future. Next time, Irishman – next time.