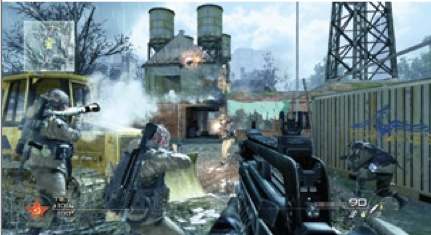 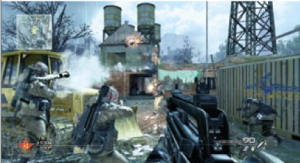 Living with Post-traumatic Stress Disorder is rough. Its even worse when you have no cool war-time scars to show off. That’s what I now suffer from after playing Modern Warfare 2. All the madness, without any “real” battles or fire-fights.

This was my first dive into the fast paced world of the Call of Duty series. Having played tons of FPS’s (first person shooters) ranging from Goldeneye – for the N64 – to Halo, Fallout 3, Left 4 Dead and tons other 3rd generation games, I have learned the controls pretty well. This game was no different, technically. Aim, shoot, duck, repeat. No big deal.

What I was not ready for was the intensity of the game. You get hit twice, you’re done. Hit with one grenade, you’re done. There is just an onslaught of enemies, both Russian and Brazilan, and always someone to shoot before they kill you.

Taking the game online is even worse. Nothing feels as bad as getting killed by a 12 year old kid while he’s screaming profanities at you. You can’t say anything to him, because you don’t have the game, or the free time this kid has, so all you can do is watch as he snipes you from half way across the level.

The single player game was fun but fell a little short. Modern Warfare 2 was made to be played with friends – making for great moments in bonding.

Call Of Duty exceeded my expectations across the board. From top notch graphics to a wide variety of weapons and attachments, plus a story line with some good twists.