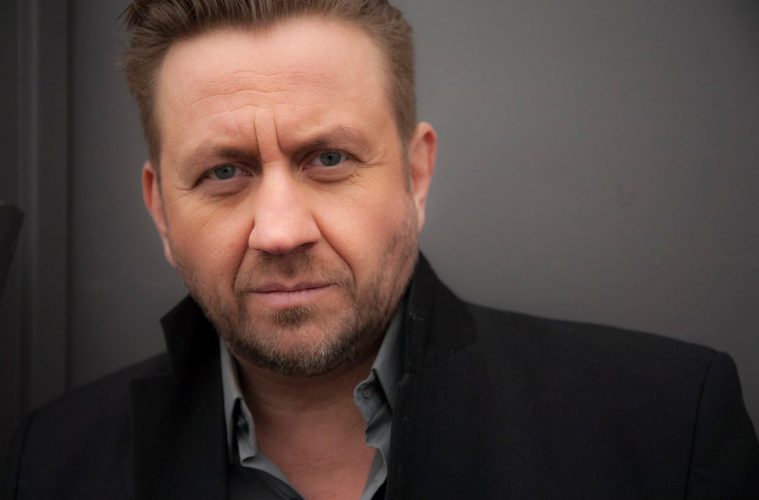 Independent filmmaker, Harley Wallen is sitting in a Birmingham Starbuck’s sipping on a warm beverage. He is in between shoot dates for his forthcoming feature ‘Into A Dark Mind’, starring Golden Globe nominee Tom Sizemore, which is scheduled for a number of private Detroit area screenings in fall 2017.

We’re discussing the pressures of wrapping Wallen’s biggest budgeted film to date, the angst of getting post production correct, and the mysteries of connecting with an audience. Despite the challenges, however, and a day that has been filled with overcast skies, Harley is all smiles. 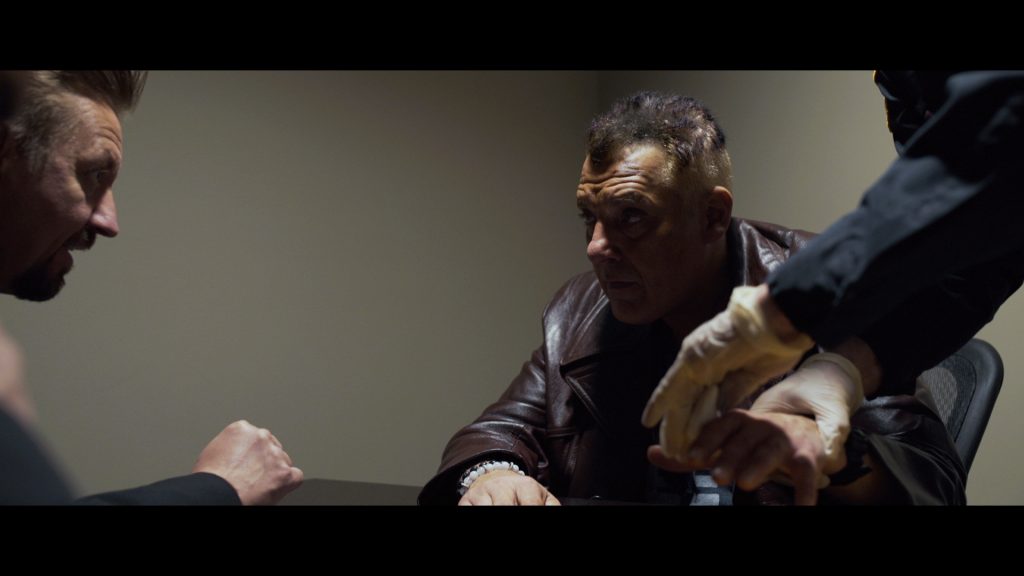 ‘Into A Dark Mind’ is the Michigan based producer/director’s fourth feature film. It follows the intense path of a young man born into wealth and power who begins a descent into his darkest impulses, an idea that was conceived after Wallen witnessed a particularly uncomfortable audition during one of his earlier productions. The writer in Wallen kept mental notes on the troubled actor and soon a story developed.

“The script came quickly,” said Wallen, who later presented it to his partners; a triad of production companies including Painted Creek, Auburn Moon, and Caribbean Fury, that through the years have combined resources on several ventures. The team, which shares the mission “to produce quality movies in the state of Michigan”, has now completed it’s fourth production, with two more in the pipeline.

It was during the casting of ‘Into A Dark Mind’ that Wallen took a chance and sent the script to Sizemore, best known for his roles in Natural Born Killers, Heat, and Saving Private Ryan. Through an online distribution platform the two had developed a creative relationship. Wallen admits he was surprised, “yet excited”, to learn that the cult actor was interested in his story. 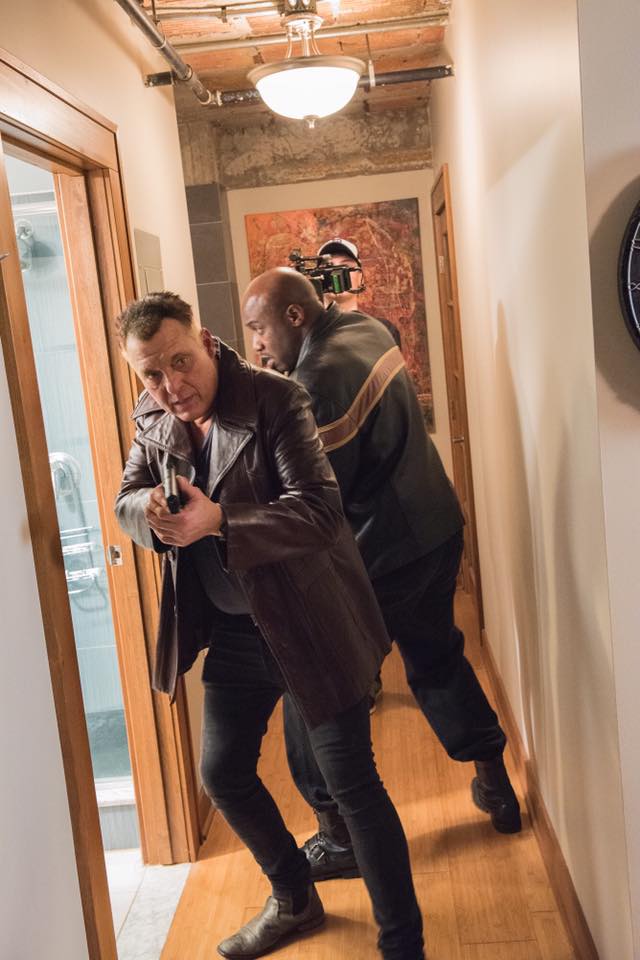 Landing Sizemore, who has worked alongside Deniro, Val Kilmer, Pacino, Tom Hanks, and Woody Harrelson, was a definite plus. Although, it did come with a price. The micro-budget production now had to make room for a top Hollywood talent. And, while Sizemore made concessions to assist in getting the project made the producers still had to secure additional funding.

On set, Wallen uses a Director Screen. He likes to see the action through the frame in real-time. Until Sizemore, however, the filmmaker had not been confronted with the force of this kind of an actor.

“I had heard about what happens when a real star gets in front of the lens. But, to see it for the first time is very powerful,” Wallen said. “Tom’s screen presence is enormous.”

Wallen’s pictures have, for the most part, been self-financed. He has a series of shorts in his list of credits where he learned his craft in the Do-It-Yourself school of filmmaking. His first feature, Deceitful (2016) is an action movie about a couple trying to start a new family who then get tangled with ghosts from their past.

Next came Taken Over (2016), a horror/mystery/thriller about two detectives trying to solve an unusual murder. Written by Wallen, the script includes contributions from writers Jerry Hayes, Nancy Oeswein, and partner Kaiti Wallen, who “provided valuable feedback” after reading the first draft, which was produced on glorious paper.

In a deft Producer’s move to add cache, Wallen signed T.J. Storm and Dennis Haskins of ‘Saved by the Bell’ fame to the production, which was shot entirely in Michigan.

Both efforts churned through the festival circuit picking up an assortment of awards along the way, with ‘Taken Over’ finding distribution at Green Apple Entertainment.

With each production Wallen and his predominantly Michigan-based crew of thespians, techies, and dreamers learned a little more about the process of making movies.

Oddly, both ‘Taken Over (2016)’ and ‘Moving Parts (2017)’ won Best Feature at Frostbite International Film Festival, which is a clever monthly web-based film fest with live screenings out of Colorado Springs, CO.

While the picture is not flawless, ‘Moving Parts’ does show growth from a cast and crew determined to make the most out of what has been to date very limited resources. Of note are several competent performances by Michigan actors including Henry Frost III, Kaiti Wallen, and Kris Reilly,  with one particularly strong character performance coming from Michigan actor Mo El-Zaatari, who plays a Russian villain’s underling with very real intensity. Los Angeles based Freestyle Releasing picked up MP earlier this summer with plans on distributing the feature across multi platforms. 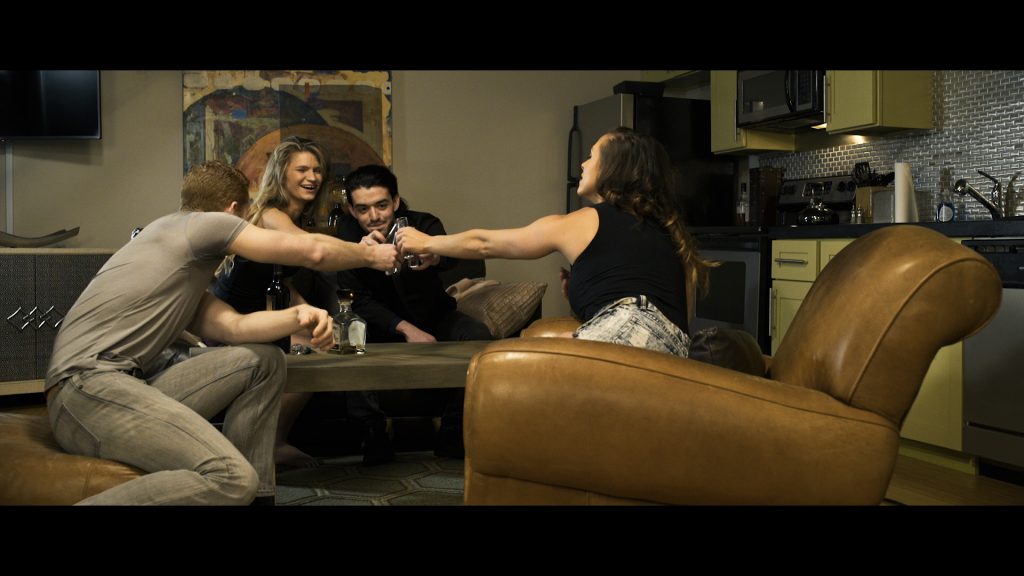 While making this professional leap forward proved rewarding it still didn’t prepare Wallen for the potential challenges that go with directing “a name”. In fact, Wallen was already shooting ‘Into A Dark Mind’ before ‘Moving Parts’ had received any recognition at all. So, the independent filmmaker was still a bit concerned about taking his online relationship with Sizemore on to the set.

“Fortunately, Tom’s a very giving actor,” says Harley. “There were no airs with him. He was always in the moment, always with the character. He was just … truthful.”

‘Into A Dark Mind’ also features Dennis Haskins of ‘Saved By the Bell’ fame. A bit of a cult figure himself, Haskins plays an unethical senator with nefarious purposes. A departure for a guy who portrayed the bumbling principal with a good heart, Richard Belding, from Bayside High.

“Dennis is a much better dramatic actor than I expected he would be,” Wallen said. “He plays a heavy, dark, dramatic role. And, let me tell you; everywhere he goes he gets recognized. Dennis has a huge fan base.” 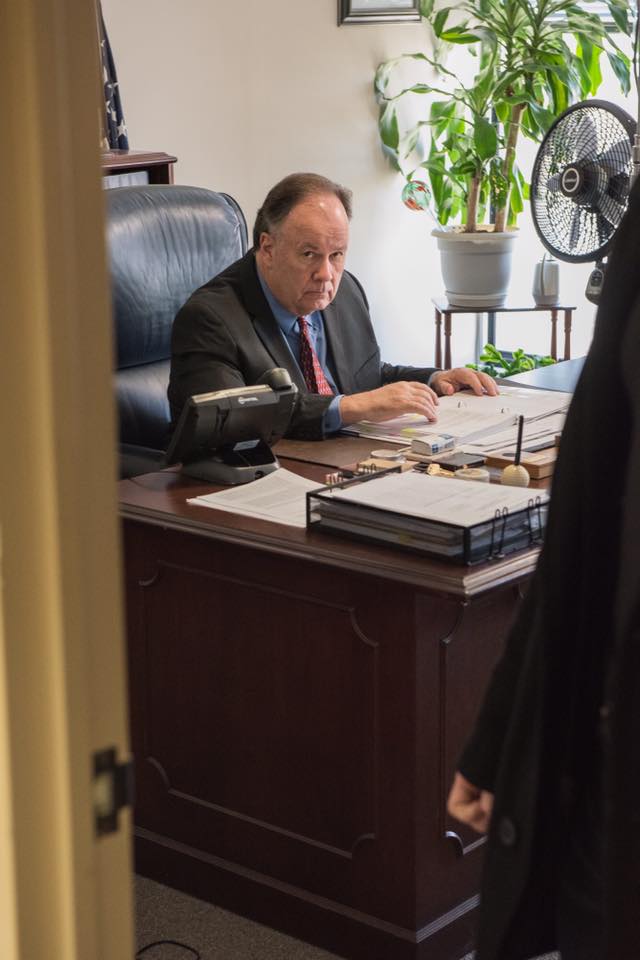 Into A Dark Mind | Dennis Haskins

Growing up in a creative household, surrounded by music and performance, Wallen began his journey as a Martial Artist. He studied Judo, Jiu-Jitsu, and Tae Kwon at age 7 and has since become a black belt in each. His love of breakdancing in his teen years helped to land his first opportunity, as a dancer, on the syndicated Swedish cult TV hit ‘Solstollarna!‘.

Wallen moved from Sweden to the United States in pursuit of his dreams, but his plans were soon sidetracked by “various business opportunities”, marriage, and “a very difficult divorce”. It was after his divorce that he decided to get back into the business. Wallen took work as an MMA commentator, landed small roles in short films, appeared as atmosphere in some features, and is credited with ‘uncredited’ roles in a few of the Hollywood productions that came through Detroit during the Michigan Film Incentive program.

When Gov. Rick Snyder signed House Bill 4122 (now Public Act 117) in 2015, ostensibly ending legislation that attracted Hollywood producers from shooting in Detroit, Harley and his new wife Kaiti formed ‘Painted Creek Productions’. Since 2016, the duo have produced several shorts and are now working together on their fourth feature. Kaiti Wallen has also had a role in each movie. Harley writes, produces, appears in his films, and continues to grow as a director.

Working predominantly with Michigan crew and talent, Harley has begun to lock in on his formulae. He believes strongly in the casting process and looks first for an actor who “fits the role”. As director, Harley is looking for someone who is capable of giving a “truthful performance”. Finally, he wants to see “screen presence”.

“Having an ease to ‘just be’,” Wallen says. “Trust to ‘just be’. Don’t be a camera ‘freak’,” he says with a laugh. “A good actor needs to connect with her partner.”

If an actor is searching on set, Wallen reminds the performer of “who she is, where she is, and how she feels”. He doesn’t want actors to “over-act” or to fall into the habit of “trying to please the director”.

Wallen has culled his technical crew out of the Troy based Motion Picture Institute. In keeping with his mission – to promote Michigan based film – Wallen and partners have worked with MPI on a number of projects.

“I have an amazing cinematographer,” he says. “Michael Kettenbeil has a great eye. We are really getting some great looks on screen. And my gaffer, Justin Ward is the best. I couldn’t be happier with what they’re giving me.”

The director says he often refers to Kettenbeil regarding what he would like to shoot and is happy when he gets ideas that he might not have previously had. Wallen believes in less camera movement and more character acting, and he wants his “shots to connect”.

“It’s important to treat people the way they want to be treated, but don’t be a pushover!” he says with a laugh. “A director can not lose control of his set!”

And, that’s good advice, coming from the recent recipient of the Best Director Award by both ARIFF Barcelona (2017) and Miami Independent Film Festival (2017) for his latest effort, ‘Into A Dark Mind’.

When the Swede isn’t behind the camera he is usually watching movies at home, citing legendary filmmaker Ingmar Bergman as his top influence. Wallen also loves the work of American filmmaker, David Fincher – particularly, ‘The Girl With The Dragon Tattoo’.

And, Harley and his wife also have a cute ongoing Netflix battle; “Kaiti likes ‘Game of Thrones’ and I like the ‘Ultimate Fight Show'”. It’s anyone’s guess who is in charge of the remote.

Cast and crew will be in attendance.

Into A Dark Mind