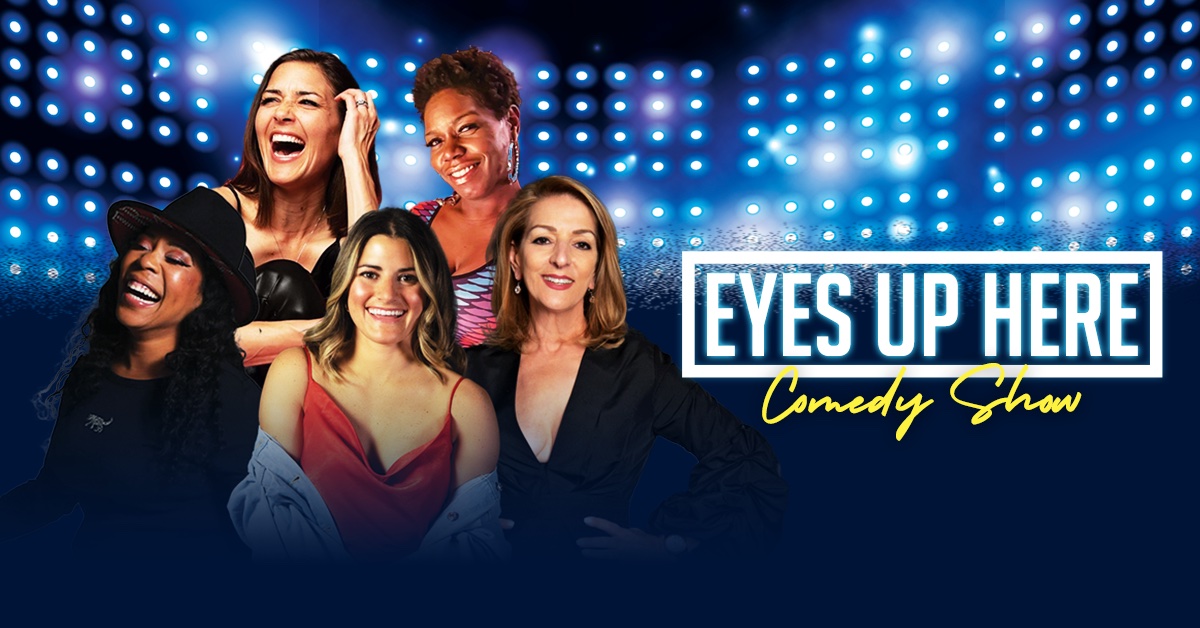 Dec 7th | “EYES UP HERE” Comedy Show at the PLAT

The PLAT is located at 47 N. Saginaw, Pontiac, MI.

Camila Ballario, T. Barb, Kara Coraci, Ann Duke and Melanie Hearn comprise EYES UP HERE!  A comedy collective of five of the region’s top female comics! You’ve seen them at Comedy Clubs and Festivals across the country and have heard them on local TV and radio. With an age range of over 30 years between the youngest and the oldest, these ladies have five uniquely hilarious perspectives on life, love and being a woman in 2022! Hosted by one of the midwest’s favorite headliners, metro Detroit’s own, Mike Geeter!

CAMILA BALLARIO is an Argentine-born comedian from Michigan. Voted ‘Best Comedian in Washtenaw County’ in 2020, winner of ‘Best of Fest’ at the 2021 Big Pine Comedy Festival, and ‘Best of Fest’ at Laugh After Dark Comedy Festival in 2022. Camila has been entertaining crowds far and wide with her fresh brand of stand-up, where she often joins her ideas with songs to give you a unique look into her perspective on the realities of being a woman in her 30s.

TBARB – Tiffany “T.Barb” Barber is a comedian, mother, entrepreneur, author, radio personality, producer, content creator and vegan chef, who used laughter to get through life in the rough streets of Detroit. As a first generation college graduate Tiffany broke the curse of incarceration in her family and never allowed the odds to beat her. Always known for being funny and keeping a smile, she discovered stand up comedy & has been blazing stages since! Her charismatic & versatile delivery makes her a fan favorite sure to crack any crowd! TBarb’s unique delivery, and diverse perspective makes her “The One To Watch” as the next comedy star.

KARA CORACI is a Detroit based comedian with over 20+ years experience in television, stand-up comedy and improv, including training at the nationally recognized Groundlings Theater and a producer at The Jerry Springer Show. She has worked alongside comedians Pauly Shore, Tommy Davidson, Josh Blue, & Dave Coulier at various clubs including Helium, Mark Ridley’s Comedy Castle & Louisville Comedy Club.

ANN DUKE is a favorite of “women of a certain age” who can relate to the trials and tribulations of being single and navigating middle age. Her observations on generational differences and relationships are clever and poignant. For younger audiences she’s your Mom’s sassy, sexy best friend. She has performed at comedy shows and festivals across the region including Mark Ridley’s Comedy Castle, One Night Stan’s, The Traverse City Comedy Club and the Detroit Women of Comedy Festival. She has appeared with national headliners Nathan Timmell, Lynne Koplitz, Mike Geeter and Mike Bonner among others.

MELANIE HEARN is a fast rising talent on the Metro Detroit comedy scene. She is a native of The “D” who has always enjoyed entertaining people “just cause”. She has been sweeping the scene as Winner of the “Jumpstart your Comedy Career Contest” at Joey’s Comedy Shop, winner of The “Big Money Contest” at Laff Tracks Comedy Club and Finalist in the Woodward Comedy Competition. She has performed across the country and opened for nationally known comedians including Mike Bonner. Melanie has made her presence known around town for her versatile mix of realism and sass. She’s just as nice as she is naughty. Melanie delivers a fun high-energy show that really gets the crowd involved in her act.