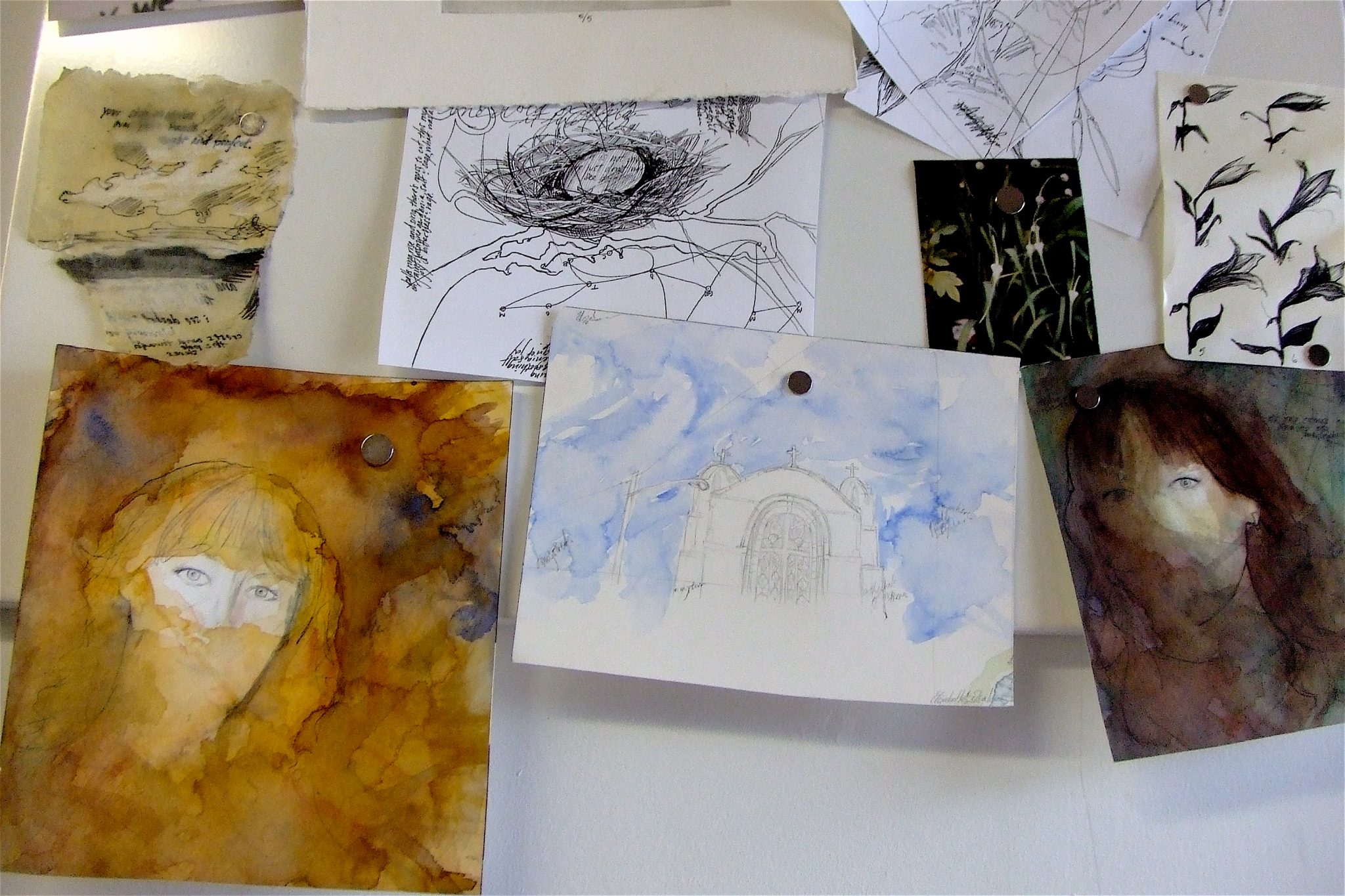 After ten years as an artist in Detroit, I feel the environment of the city in everything I do.

In my first year in Detroit, I was surrounded by concrete, dilapidated buildings, and a harsh winter. I channeled these feelings into black and white drawings, accompanied by poems of despair and longing in the city.

In 2001, I moved into a Midtown apartment on the 16th floor, with a view of the skyline. I could see all the way to the Ambassador Bridge, and in the summer, I had a front row seat to spectacular sunsets and thunderstorms over the city. I began to paint Detroit with a loving eye, making large, realistic drawings in pastel of the dark buildings against the moving sky.

Then, I lived in Woodbridge with musicians and fashion designers in a huge Victorian house. I used my friends as models, and made loving drawings of them. I photographed the community garden on the lot next door, making experimental prints of the gorgeous flowers on fine paper.

Two years later, I was in vibrant Hamtramck, which was full of character (and characters). I met poets, bartenders, and actors who encouraged me to be extroverted. I started a screen printing company in my basement, and had many art shows.

When I moved to Royal Oak with my fiancé, I also rented a studio in an arts building on Grand River.  Having a dedicated art space where I could focus on my work became very important to me. It made me a more serious artist, more committed to my craft and to my process of making books, journals and works on paper.