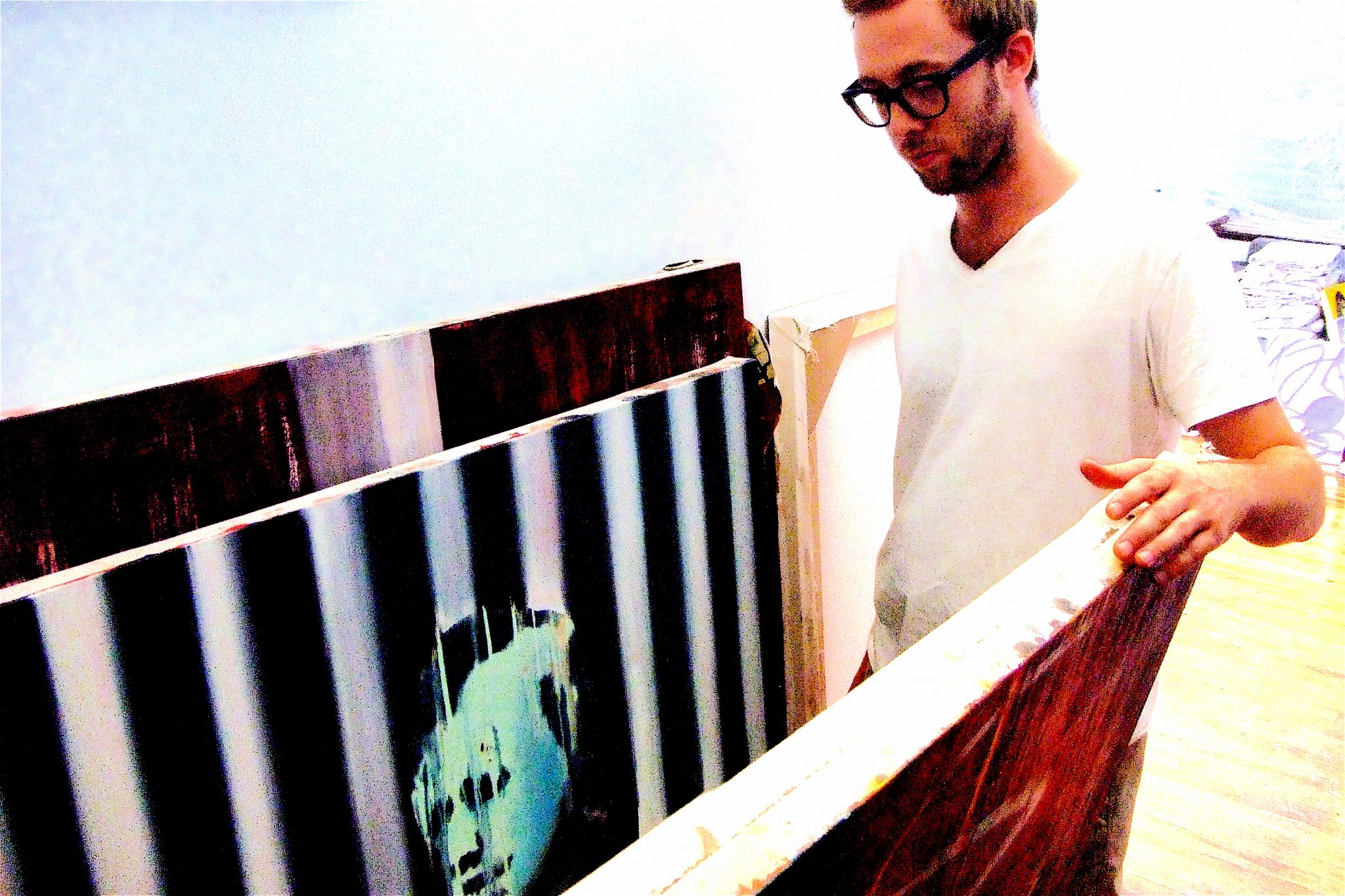 Detroit’s influence is strange, I don’t like to believe its all encompassing but it definitely affects the way I think and work. I don’t paint Detroit’s landscapes or use its imagery as a basis for any of my work. My paintings come primarily from historical subject matter, perceiving it through a concerned detachment. Detroit is detached; to most it’s a place in total disarray, an example of the “Post-American City.”

“Detroit is cheap, strange and full of people who want to create things”

It’s hard to comprehend Detroit’s drastic historical changes.  Hearing stories of its past and connecting that with what we see today can make your head spin.  However, there’s a sublime feeling in Detroit, you can’t exactly point out its beauty but anyone who opens up to it feels it.  If there is a goal in my work it is reflecting this feeling.  I want to find that aggressive disjunction between history and a chaotic present that makes things feel complete.

Artist William Irving Singer works from his studio in the Burton Building, Detroit. He is the Co-founder of Pop Art Detroit.