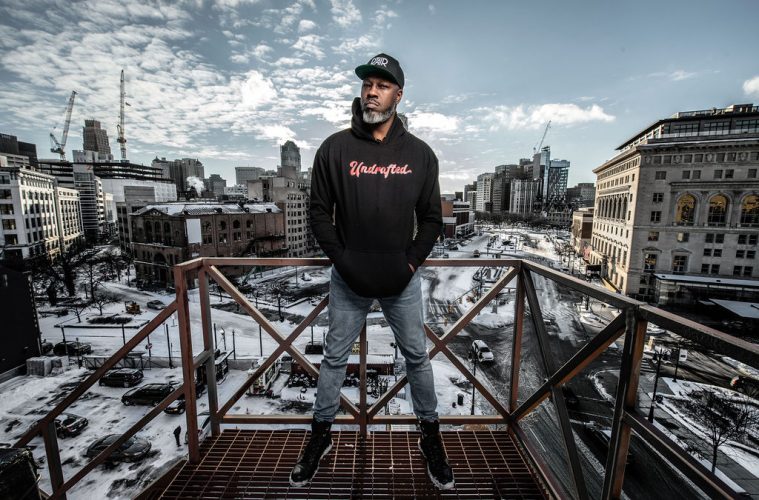 Known for his dominance as a defensive player, Wallace seemed genuinely humbled by the opportunity to promote his product line. He opened by thanking Michigan-based Rair CEO, Kevin NcFadden, for supporting ‘Undrafted’ and for giving him the opportunity to represent the city of Detroit.

Through an exclusive licensing agreement with the company Wallace will develop his own line of cannabis products, including cannabis flower, pre-rolls and vape cartridges, with future products to be announced.

“Everything we do is rare, everything we get we have to work for,” said Wallace. “Nobody’s given in Detroit. Put that hard hat on and we go to work.”

The audience was getting hyped. 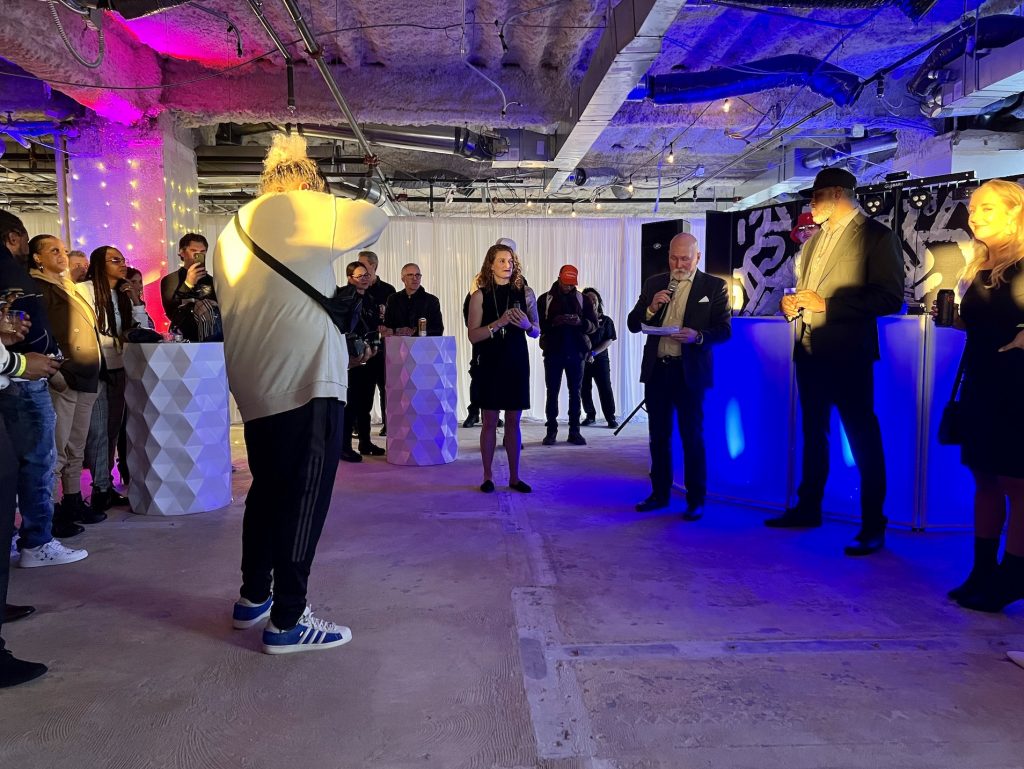 Undrafted is a nod to Wallace’s unique distinction as the first undrafted NBA player inducted into the Basketball Hall of Fame.

After playing for Virginia Union University, Wallace went undrafted in the 1996 draft and signed a free agent contract with the Washington Bullets, until he was traded to the Orlando Magic for the 1999 season.

From 00-05 and again in 09-12, Big Ben played for the Detroit Pistons. He was a driving force on the 2004 Championship team and was widely regarding as one of the greatest defensive players in the history of the sport, before retiring in 2012. 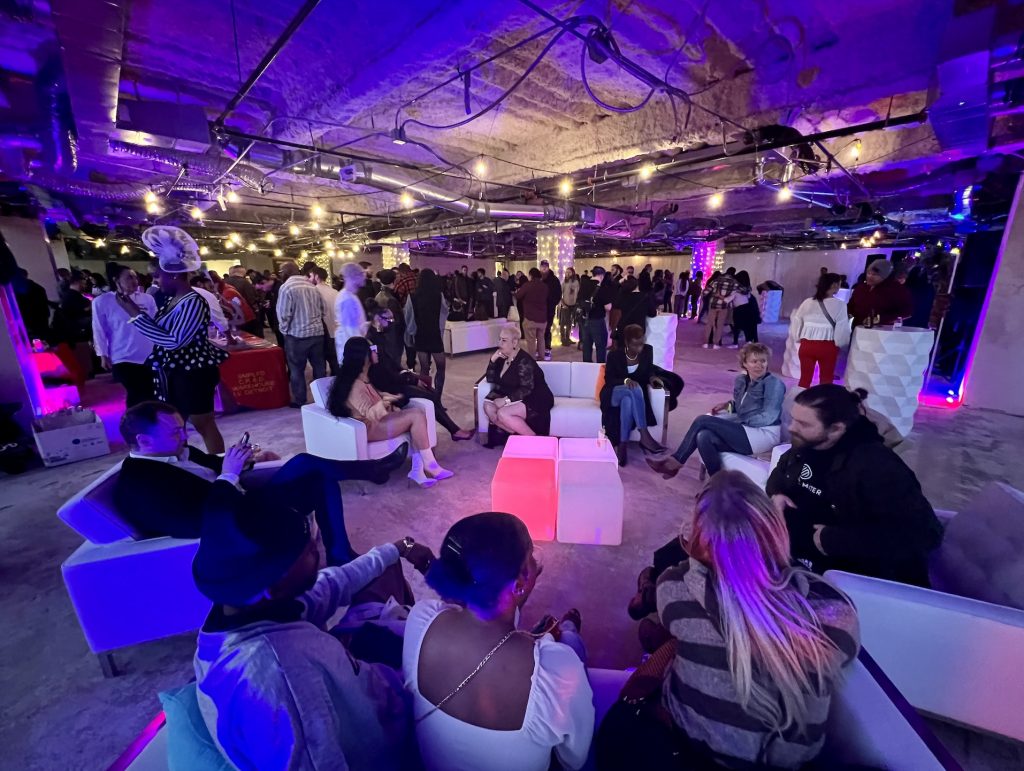 “A lot of athletes retire and walk away from their sport addicted to different types of drugs that over the years not only caused them to lose their fortune and fame but also cost them to lose they freedom and life, ” said Wallace. “With marijuana, we tryin to get away from all the different drugs that deteriorate our bodies… with marijuana, your ligaments are safe, your muscles are safe, there’s no addiction to medical marijuana.”

Wallace laughed with them, “There’s no addiction, but some of us just like what we doin.”

A big roar now. Ben was getting comfortable on the mic.

“Baad boys,” came another voice from the audience.

The party was in its early stages but with Ben’s presentation things were starting to heat up. Guests stood dressed and ready on the 16th floor of 211 W. Fort Street, sunset casting shadows across the unfinished space.

“Just to let everybody know, there is a purpose behind what we are doin,” said Wallace. “We not just tryin to get everybody high, we tryin to heal a lot of people, and in the process … it’ll all getcha high.”

The crowd erupted in laughter and applause.

Wallace finished by letting the party know that ever

since he came to town Detroit showed him love. “They adopted me in this city, they gave me a canvass to create my art, and I’m proud of that, I appreciate that, and I’m forever grateful. So, thank you, Detroit.” 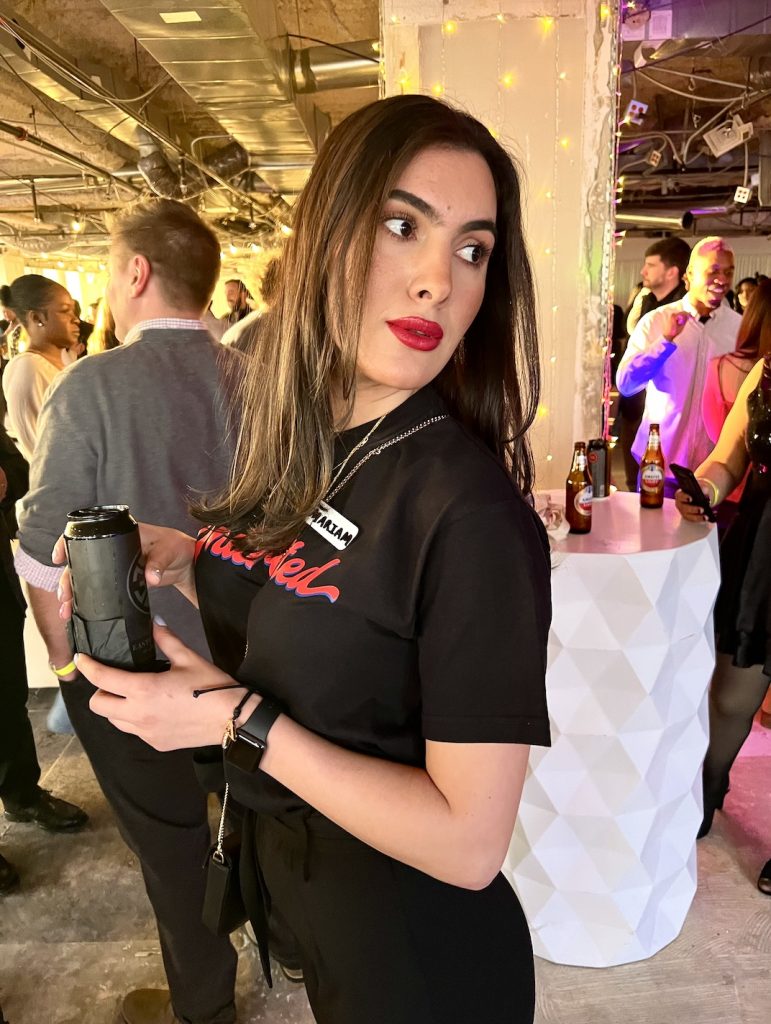 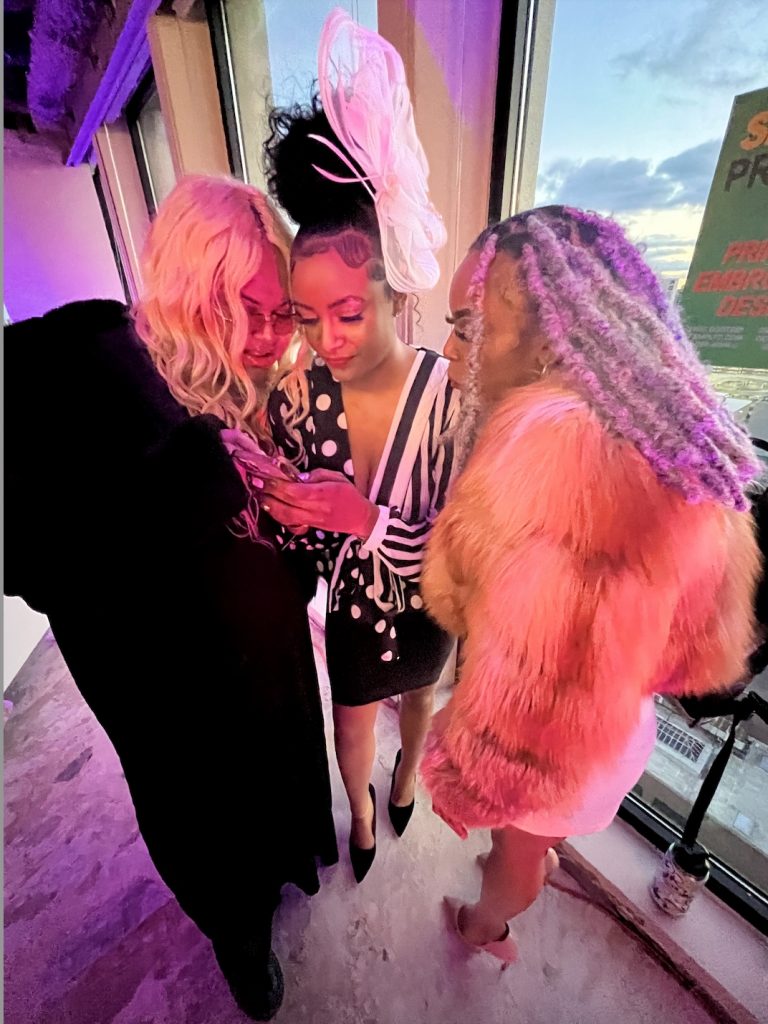 Ladies and their Tik-Tok 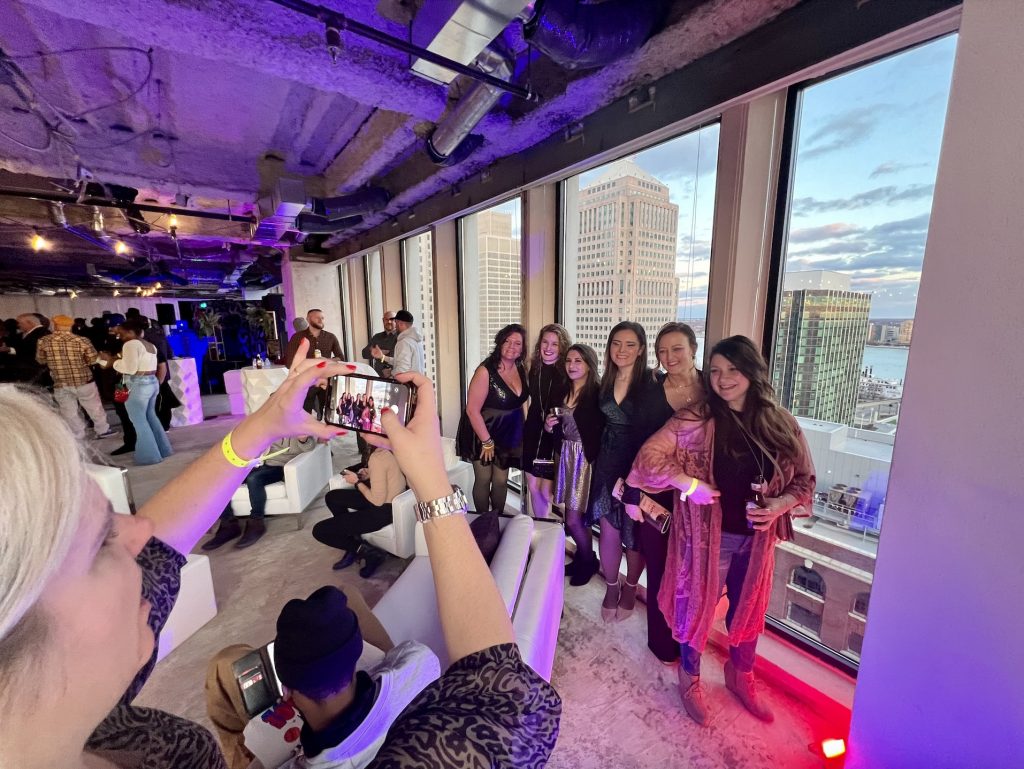 DJ Jodi Dro cut in while some of the crowd approached Wallace for photographs. Others hit the dance floor. The bar served beer and wine, with several food stations offering a mix of po boys, shrimp n grits, mac n cheese, and a dessert table filled with bread pudding, banana pudding, and chocolate mousse torte.

manufactured Rair, Undrafted, and Ben Wallace gear on the spot, with the Rair booth providing information on its lines and process.

According to the representatives, Rair uses aeroponic technology and agricultural automation to bridge the gap between commercial and small batch cannabis flower, using fewer resources but yielding faster growth, healthier plants and bigger harvests. And, if I heard correctly over the music and through the flickering lights, it also drastically reduces the chance of contamination while allowing for real-time grow recipe adjustments.

Business developer, Kevin McFadden Jr. said Rair has four dispensary locations around the state, with a fifth location opening on 4/20 in Kalamazoo. Apparently, Rair is the only Michigan cannabis company to grow aeroponically, which as explained by McFadden is a method of growing plants in an air or mist environment, as opposed to soil or an aggregate medium. 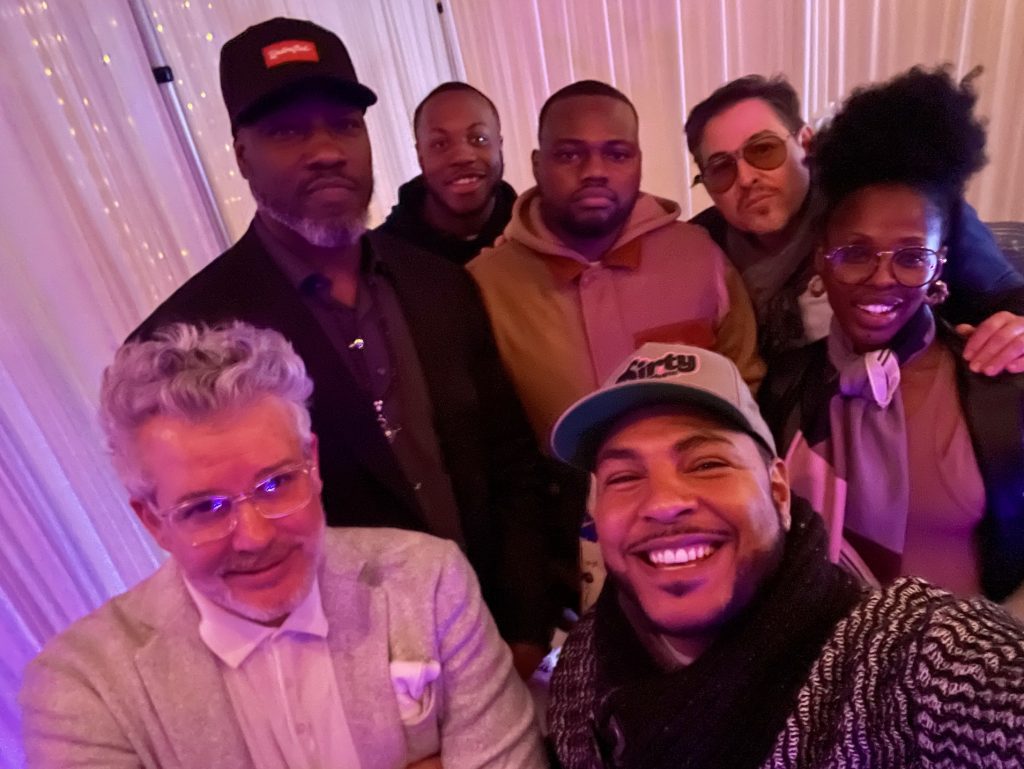 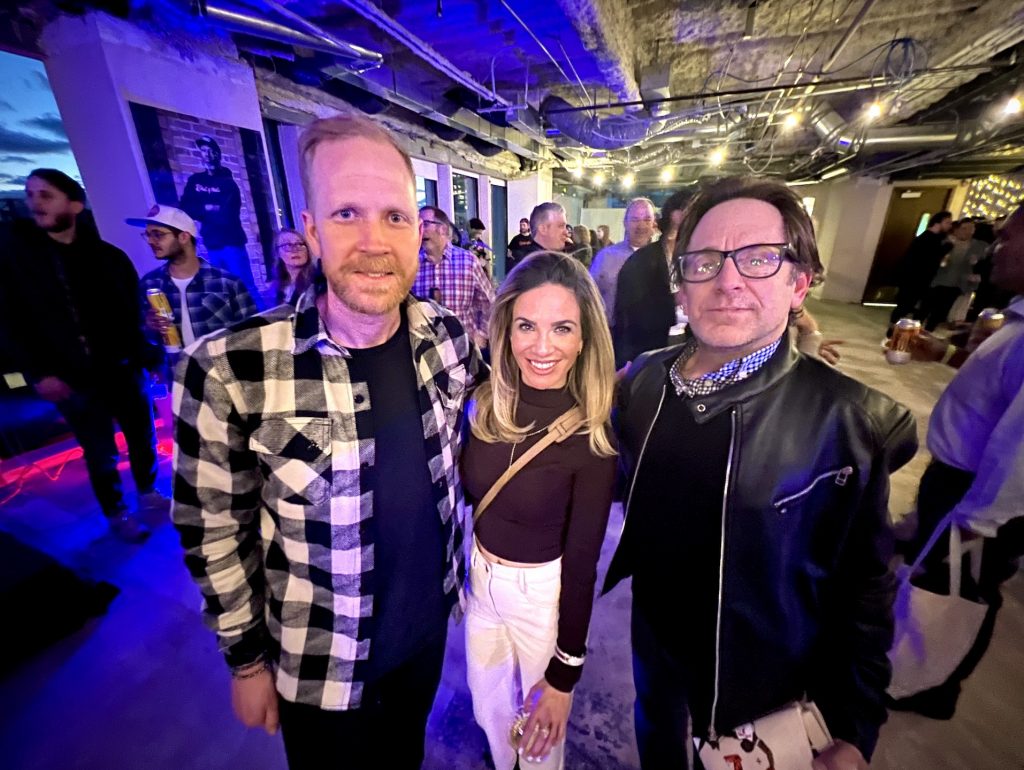 As darkness fell the party lit up; not with Undrafted, but hip hop, dancing, and a sexy adult crowd that seemed excited to just be out celebrating Detroit culture, post Covid. Street wear, hoodies, sneakers, mixed with sequence dresses and heels. Business casuals, local politicos, a few rap artists, B-ballers, growers, with a large contingency from the west side of the state filled out the event.

“It is Rair’s first time collaborating with an external vendor and we could not have asked for a more dedicated partner to align with on our first go around,” McFadden said. “Ben’s work ethic and commitment to excellence aligns with our promise to deliver the best cannabis products and experience possible to the patients and recreational customers in Michigan.”