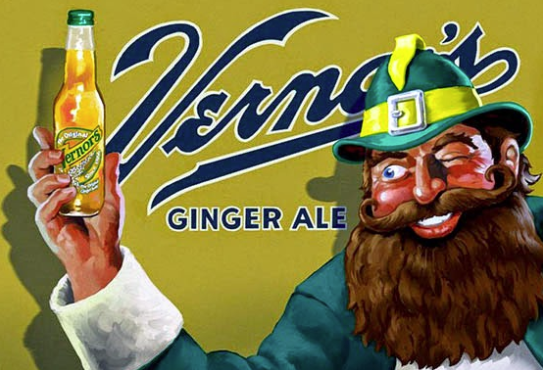 Next month, Detroit will be popping bottle caps all over town and pouring the bubbly. That’s because Detroit’s favorite non-alcoholic beverage, Vernors Ginger Ale, will be celebrating its 150th anniversary.

Many celebratory events are being held the week of June 5 through 11, 2016. The Vernors Ginger Ale Collector’s Club informs us that various restaurants will be offering menus using Vernors as a star ingredient. There will be an anniversary party at the Detroit Historical Museum. There will also be a poker run, in which participants receive a list of Vernors sites to visit in Detroit, and go to as many as they can.

Planned, too, is a Vernors history presentation and a screening of the documentary “Detroit Remembers When: Made in the Motor City.”

James Vernor, founder of Vernors, served his first glass of Vernors Ginger Ale at the soda fountain in his pharmacy at 235 Woodward Avenue back in 1866.

In 1954, the City of Detroit asked Vernors to move from their Detroit Riverfront location, now Hart Plaza, to a location just north of the Whitney Restaurant along Woodward Avenue in Detroit’s Midtown District. Vernors operated a bottling plant at that site until 1985. The plant was later demolished and replaced by an apartment complex, retail stores, and a parking deck.