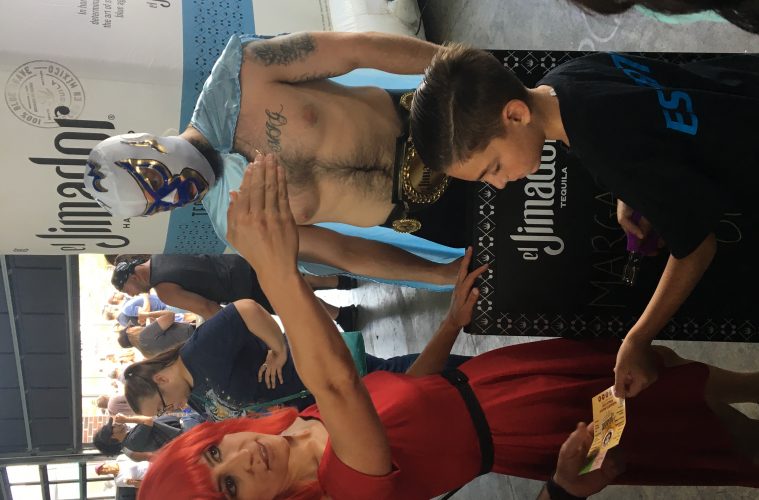 For those who enjoy culinary delights from the confit to the comfort, a definitive collection of foods have propelled and boosted foodie and restaurant culture. The last entrée into the American comfort food quartet has entered and conquered the Lucha libre food ring. The taco has officially arrived.

No breaking news there, I know. Yet as I prepared for the Detroit Taco Showdown this past Sunday, the true cultural immensity was even more understood. A street food with a chameleon adaptability has allowed the ubiquitous taco to rise to the upper echelon of Americana comfort food, alongside hamburgers and pizza (both transplants) and BBQ.

Websites, TV shows, Instagram, Twitter, festivals, food trucks, restaurants, clothes and gear, all in the name and glory of Mexico’s gift to the world, came to represent.  Even Klondike was smart enough to get in on the game with their Choca Taco frozen dessert. Now, truly lives the dawn of a new era in taco passion/fever/thirst/ and desire in America. 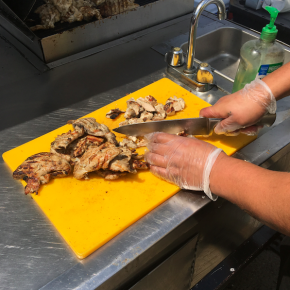 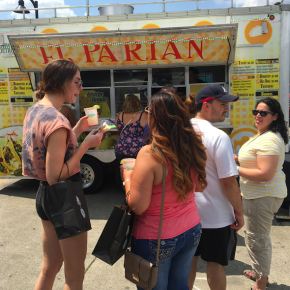 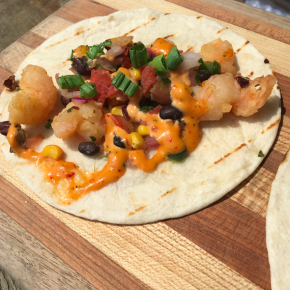 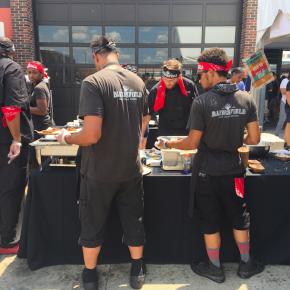 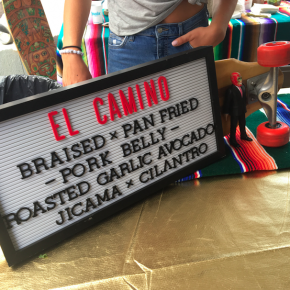 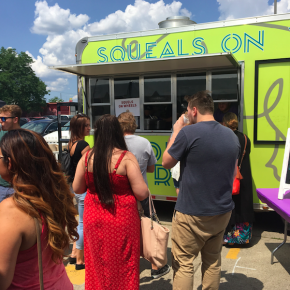 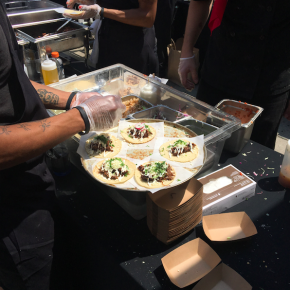 Tacos have been “money in the bank” for businesses throughout the land, which have shaped these corporate, while still homey, events like Detroit’s Taco Showdown for years. The sanctuary, in this instance, was Shed 5, Eastern Market, Russell street – ground central for Metro Detroit taco lovers.

What was made abundantly clear by the 1/4 mile line that snaked its way around the exterior of the event is that Metro Detroiters love them some tacos. Detroit’s proximity and locale as a home base to a strong Mexican population has afforded us a unique vantage point in taco culture development. With that in mind, these festival goers meant business.

A mass sea of them. Bodies upon bodies. Three thousand, four hundred, and twenty-five of them. Clamoring for tacos. Coming in droves to support. Demanding. All of them of one mind, one body, one spirit. All to hail the little stuffed tortilla …

That is all petty drivel in the revolutionary minds of taco rebels, like myself. We have new lands to explore and conquer. To revel in that one spirit and fortitude is what this is about. A pantheon of celebration to this tortilla and meat inspired genius. To say to Mexico one big “Gracias!”. You have blessed the world many times over. Holding high a flavorful El Jimador tinged Margarita gave meaning to it all – followed by the much desired final rinse to wash down happy memories of a fleeting afternoon.

“What kind of tacos were served?”

All kinds. The good news is there wasn’t a bad taco or Margarita in the house, which made my toughest decision of the day the choice between green or red sauce.

But, what the Showdown revealed is not how it went down, but why it went down. I appreciate the effort from the people to the vendors and even the luchadores in attendance, who gave me their honest opinion of Nacho Libre (it was positive). I’m also sure Dine Drink Detroit, the producer of the event, learned there are more lovers of this Mexican-Americana staple than they thought. That said, Detroit Taco Showdown better be an annual event (albeit better executed) or us foot soldiers will march on the city!

Oh, and by the way, the winner of the 2018 competition was Torti Taco, all the way out of Battle Creek MI. Margarita Mixoff winner went to Bakersfield (Detroit). 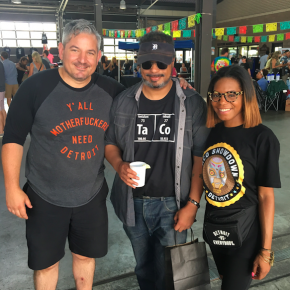 A short stint in the Navy allowed Julian Boyance to live in the taco history rich city of San Diego, where his youthful taco devotion cultivated to full-blown connoisseur…