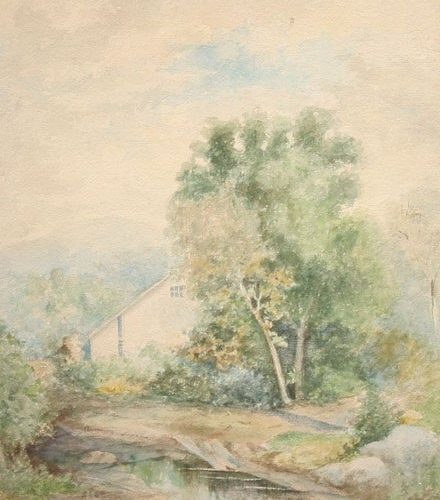 Case Files from the Streets of Detroit

DECEMBER 2, 1928: I was called to Detroit Receiving Hospital to investigate the victim of an automobile accident. He’s in critical condition. According to the police blotter the victim’s name is Winfield Lionel Scott, 81 years of age. He was struck by an automobile at Maybury Grand Avenue and Myrtle Street. He had just left his house when he stepped into the path of an automobile driven by Alberta Kelly, 18, of 334 Berk Street, River Rouge.

INVESTIGATION: As a Detective, I always like to know something about the victim’s background. In this case, I was amazed at what I discovered. This guy was a master poet, author, and painter of fine art. Records indicate that he was Poet Laureate of Michigan fifteen

years ago. Being an avid reader of books, I was amazed that he was the President of the Michigan Author’s Association.

DETROIT CONNECTION: Mr. Scott was born in a log cabin in a clearing in Northern New York State on April 30, 1847. He moved to Detroit some thirty years later, and has lived in Detroit since, with the exception of frequent trips to Europe. In Detroit, he lived a prolific artistic life. He authored many books, wrote hundreds of poems, and crafted many works of art from scrap and discarded materials he found by walking around the city. He was also a master painter. His paintings were exhibited at the old Detroit Institute of Arts. They adorn the halls of Oxford University and Harvard University, where some of his works have been used as textbooks. His paintings are now extremely valuable.

FAMILY HISTORY: His house in Detroit was filled with paintings, bits of carving and many rare and lovely pieces of bric-a-brac. He was not rich from the world’s standpoint, but he had many friends and earned enough money to gratify his appetites. Investigating his family history, I was flabbergasted learning that he was an Earl by right of descent from a great-great-grandfather who was the Chief Justice of Ireland. Still, he declined to be considered in any biographical way except as an American citizen.

DETECTIVE NOTES: Mr. Scott’s life really intrigued me, so I visited my local bookstore and purchased a copy of his 1922 book titled “Beneath Rafter and Thatch.” As a police detective in Detroit, I see all sorts of people who are “down-and-out.” Times now are tough. There is even talk of the stock market crashing next year. So, I was captivated by a chapter in his book titled “Chipped Fragments.” In this chapter he writes about his craftwork and his personal philosophy about the redemption of human beings who have fallen on hard times, or have some other personal demons. In the book’s forward penned by Joe Mitchell Chapple, it reads: “With chipped pieces of glass he made a combination of double windows that sparkle like gems, which is only one proof of the truth of his saying that there is nothing in this world entirely worthless. These gems that glitter and charm are but the waste of the city and indicate how human lives may be transformed from seeming pettiness into objects of beauty, if we only realized the glory of toil.” Mr. Scott applied this window-creating experience to the poor people he saw on the streets of Detroit, that individuals may look worthless, but when brought together in a mosaic glass window and put in to the light, become splendid humanity. He never refused to give a helping hand and donation to Detroit’s destitutes. He said, “Sure some of them may try to deceive me into thinking they were poor, but I gave anyway on the chance that I would miss helping a truly needy person.”

FINAL NOTE: I was called back to Detroit Receiving Hospital on December 8, 1928. The doctors informed me that Winfield Lionel Scott, an American citizen and the Earl of Clonmell had died.

(This story is based on true facts from Detroit newspapers and obituaries related to Winfield Lionel Scott.)