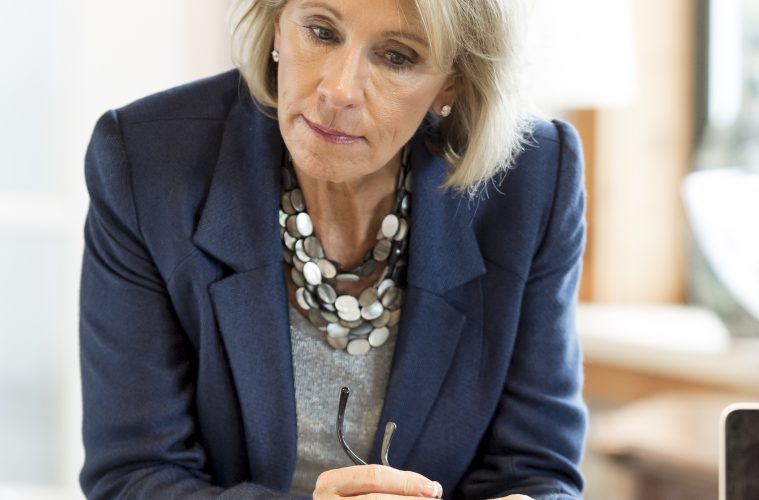 DeVos Gets Hit With Lawsuit Over Campus Sexual Assault Policy

Education Secretary, Betsy DeVos found herself under scrutiny once again as she was recently handed a lawsuit from victim and women’s rights activist groups – Equal Rights Advocates, SurvJustice, and End Rape On Campus (EROC)- in response to rescinding guidelines for on-campus sexual assault, set in place by President Obama.

Devos implemented her own set of guidelines and rules on how college campuses should handle sexual assault, which critics claim have had a negative impact on investigations. The lawsuit states DeVos has violated federal law and has discriminated against accusers.

In September, 2017, the secretary announced the rescinding of guidelines with one significant change in policy regarding Burden of Proof; enacted under Obama for the express purpose of further protecting the rights of accusers.

The Devos policy requires a much higher standard of proof called “clear and convincing evidence”, where courts often require the plaintiff to prove there is a high probability that a fact is true. This higher threshold is a main source of concern for women’s rights groups, as burden of proof has been under attack in sexual assault cases for decades.

While both conservative and liberal legislators had criticized Obama for establishing a lower threshold, due to the fact that it might lead to unfair treatment of the accused, Obama said that his hopes were for “campus’s to take Sexual Assault claims more seriously”.

DeVos’s opinions are in line with Obama’s critics. She presented the reasoning behind her acts as a positive move toward fair representation and stated that the Obama laws are biased towards female victims, leaving men susceptible to false accusation. In her statement, she did not address the one in sixteen men on college campuses who are also victims of sexual assault.

And, there is some evidence to suggest that Devos’s position is not entirely unwarranted. Innocent men are charged and wrongfully convicted a lot more often than people think, so one could understand the growing concern men may have about being wrongfully accused by a scorned lover or jealous girlfriend.

However, many organizations focused on wrongful convictions say that their data simply doesn’t support her fears. Some go as far as to say that innocent men rarely face rape charges. Supported by published evidence on the statistics of false reporting, only about 2-10% of sexual assault reports are false. A study published by the U.S. Department of Justice finds that most false accusers don’t name a suspect or are vague about strangers. If the investigation continues, a significant number of accusers admit they are lying. The DOJ states that cases that make it to trial have decreased significantly since the 80’s, with the development of DNA technology.

Remember Steven Avery from Making a Murderer? His first conviction, which he was exonerated from, was a sexual assault and case of misidentification. DNA developments exonerated Avery and often clears suspects relatively soon after being accused.

Obviously, false reporting is an issue, and concerns are valid as an accusation could ruin one’s career or personal life. But the data just doesn’t support the level of action taken by Devos. While the secretary’s intentions may not be to hurt women she has created guidelines that favor a minority of cases at the expense of real victims.

Fatima Goss Graves, president of the National Women’s Law Center, stated in September, “[the policy change] will discourage students from reporting assaults, create uncertainty for schools on how to follow the law and make campuses less safe,” which is precisely what the three organizations are stating.

Suing DeVos may seem like a stretch and a waste of time, as it is unlikely she will suffer any consequences. However, it does bring attention to the issue. With cases like Brock Turner popping up all over the country it is hard to understand why loosening enforced Federal Government laws regarding sexual assault would benefit anyone.

Still, many activists state that the only way women’s rights groups can overcome these shortcomings is to speak up and stick together. The evidence doesn’t support DeVos’s arguments. As DeVos repeated in her announcement regarding these rollbacks, “there has to be a better way”.

I raise the question: is this a better way?

Increasing the burden of proof has only lead victims to be less likely to speak up, with campuses having a harder time defending them. While it is uncertain what will come from the lawsuit it is clear that Betsy Devos is out of touch with the concerns of both college campuses and their students. 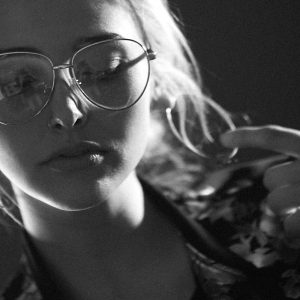 Hi. I’m Shelby Shoup and I am a journalist, activist and creative. I have many interests but the passion that connects them all is story telling. I hope my ability to share and create stories will inspire you.