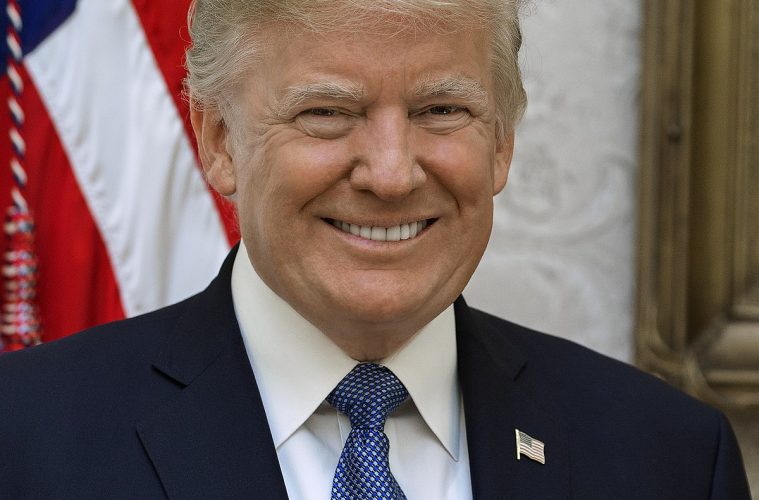 No Collusion No Obstruction: Opinions From the Left And Right on Trump and the Mueller Report

The Democrats have become a hilariously unfunny Monty Pythonesque caricature. Make no mistake, these are modern-day “secular” fanatics every bit as devoted to their tenets of faith as the most rabidly religious zealot.

“Depends on the results of the investigation.”

Which, your guy had two years and unlimited resources to throw at?

The Trump-hating mob is as maniacal in its single-minded pursuit of his being discrediting and his removal from office as an army of religious fanatics. The TRUE “conspiracy” theorists are the Democrats and the Leftwing mainstream media that manufactures a (fraudulent) narrative and serves the multiple roles of alleged “crime victim,” witness, investigating officer/law enforcement, prosecutor, trier of fact, forensic specialist, judge, jury and executioner. The Left IS the mob. A terrible, dangerously stupid one and one that is utterly, astonishingly blind to its comprehensive hypocrisy.

They say they seek fairness, yet the Left Wingers are COMMITTED to a SINGLE OUTCOME and will never be satisfied until the conviction they seek is delivered. In stark contrast to their demands, justice is a process. Not an outcome. And all this…from the same MOB who in the face of revelations of gross abuse by then presidential (and now prison) hopeful HRC said famously that they will support their candidate “NO MATTER WHAT.”

Answer: fanatics. It’s ALSO the same pack of hypocrites who, in a case of stunningly ironic and unusually precise hypocrisy demanded PRE-ELECTION that the REPUBLICANS “accept the election results.”

Justice and fairness are products of and most reliably achieved by a process guided by reason through a fact-based analytical process that produces and ACCEPTS the most compelling case.

As an aside, I find the most intellectually satisfying result to also be the most fair, the most ethical and most MORAL.

Justice is a product of a reasonable PROCESS and at their core, the Democrats and Left Winger Trump-hating zealots are dangerously UNREASONABLE people. As a fair-minded person, willing to be wrong (the key to learning, in fact) in search of the BEST “right” answer in all my life’s affairs…I am simultaneously bored, amazed, appalled and terrified by their fiendishly hypocritical devotion to the unyielding dogma of Liberal ideology…an alternative manufactured (fraudulent) narrative-based reality of their own invention that is not only immune to the introduction of factually ACCURATE information and hard evidence that contradicts it, it reacts violently when confronted.

Think about it in these simple terms. The Left Wingers of the Democrat Party steadfastly REFUSE and make clear they will NEVER accept any outcome other than a guilty verdict. Putting aside for a moment the textbook (and quite breathtaking in scale) fanaticism on display, such zealous and absolute devotion to a particular outcome would provide grounds to disqualify such persons from the civic task of serving on a jury.

The unflinching fanaticism of the Democrat-Left Wingers are doing more damage to the republic than the Russians (or Chinese or Iranians or any foreign adversary) could ever hope to achieve. Our JURY POOL is literally evaporating. The average Trump-hating Liberal is both intellectually unqualified and morally unfit to sit on a jury. They openly REFUSE and promise NEVER to accept a “fair” outcome in favor of the SINGLE outcome that they demand.

Not, coincidentally, they equate the outcome THEY demand with “justice.” There’s another word for that. In fact, I can think of a LOT of words for that.

Steven Korbin is a lawyer working in Los Angeles, California. He holds a Master of Arts in American History, Columbia University, and is a graduate of Loyola Law School.  His occasional use of all caps should be considered an extension of Mr. Korbin’s passion during the creative process.

Somewhere Between Liberal and Social Democrat

The Mueller Report Changes Nothing About Donald Trump

I won’t lie, I’m disappointed by the Mueller Report. Not necessarily because I thought there’d be more “there” there but because now I have to go back and rely on all of the reasons Trump is unfit for office. Any office.

I’m a news junkie. I read the accounts of the secret meeting with little Donnie Jr, Steve Bannon, and the Russians that was lied about by everyone. I saw on TV how six close aides of Trump plead guilty to various crimes including lying about ties to Russia. 34 people indicted with 200 indictments including Russian firms and Intelligence agents. Some “witch hunt.” I read how damn near everyone close to Trump had ties to Russia AND lied about them. I saw the live coverage of Trump’s own personal attorney and “fixer”, not to be confused with a “fluffer” (that’s a Stormy Daniels reference for ya), told the world that in the middle of the nomination process Trump was pursuing a real estate deal in Moscow. I watched as Trump cozied up to Russian dictator Vladimir Putin while at the same time berating our allies. I watched for two years as Trump attacked his own Attorney General for recusing himself from the case. I watched as Trump fired FBI Director Comey who was in charge of possible Russian investigations. I watched as Trump attacked Mueller, the probe, the Justice Department, the FBI and anyone and anything remotely tied to the Russian investigation. I watched all of this and thought there has to be probable cause to investigate Donald Trump for selling out America to Russia. In fact there was so much probable cause, a Republican Attorney General, Jeff Sessions, recused himself and Deputy Attorney General Rod Rosenstein, a Republican began the investigation and hand-picked another Republican, Robert Mueller to head up an investigation on the subject. So when the report came out that stated there was no evidence of Trump/Russian collusion, I was dismayed but not surprised. I mean, collusion isn’t even a crime.

Conspiracy is a crime.

If Trump colluded with Russia to influence the election, that would be conspiracy and that would be treason. The thing with collusion is you need two parties. In this case the two parties in question were Donald Trump and Russia, neither of which were ever interviewed by Mueller’s team. Given this fact, it’s not difficult to come to the determination that there isn’t enough evidence to prove collusion.

Two years, a long ass report, where does that leave us? With the same pathological liar and narcissist, Donald Trump, who is still unfit for office.

The Mueller Report was never a “make or break” thing for most of us when it came to how we felt about Trump. We weren’t waiting to see if he was a bad man or not, we already knew who he was. If anything our hope was the Mueller Report would plainly on paper make it clear to damn near everyone that not only was Trump a bad person, he was also a traitor and needed to be removed from office immediately.

In the past three years we’ve witnessed the degradation of the Presidency of the United States. We’ve watched Trump mock, humiliate and attack Gold Star families, his own Cabinet members, a deceased war hero and Senator and common citizens who had the gall to speak out against Trump and his polices. We’ve seen Trump isolate our allies and embrace despots and cruel dictators. We’ve watched his polices strip away regulations that protect our air, water and land. We’ve witnessed Trump denigrate and attack virtually every minority while giving cover to White Nationalists. His Cabinet members are the antithesis of the Cabinets they lead; just this week Education Secretary for the third year in a row submitted a budget that completely defunds Special Olympics.

If that isn’t a metaphor for Trumpism, I don’t know what is.

Instead of preparing for Impeachment proceedings, we’re preparing for the “weaponization” of the Mueller Report by Trump and his underlings. It’s already been reported that this is their goal. The White House wasted no time in sending out a memorandum complete with names of Trump’s critics who they don’t want to see on TV. Mind you, this isn’t your local guy sending this list with these demands, it’s the President of the United States that wants to shut political dissent. The other thing we’re preparing for is the 2020 elections which can’t come soon enough.

The Mueller Report was never about proving Trump was a failed human being and a failed President, he’s already proven this. It was about ending our national nightmare sooner rather than later.