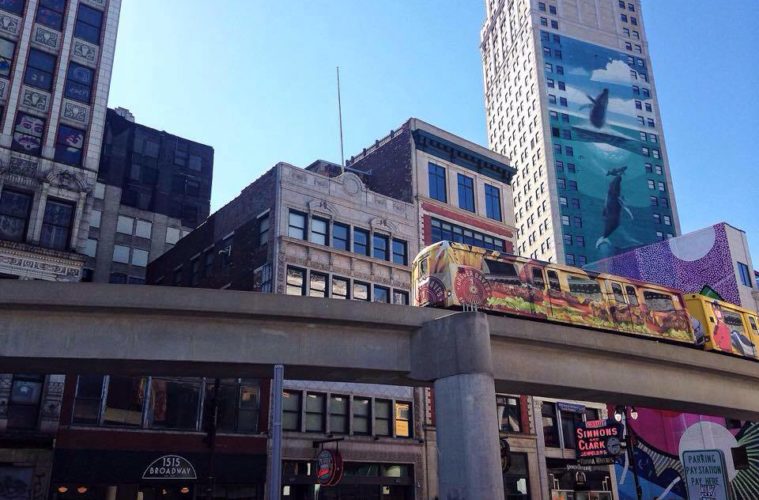 I love the section of Detroit skyline that we have featured this month on our cover. With all of the changes happening – some of them good, some of them bad – it’s nice to see a little piece of Old Detroit still intact. And, without getting too sentimental there seems to be two very different Detroit’s emerging from the recession. Lets just say that I am in the corner of those businesses interested in refurbishing over those who tear down in order to rebuild.

Aligned to your left is the Wurlitzer Building (1926) by architect Robert Finn. From that building were sold musical instruments, pipe organs, sheet music, records and Wurlitzer’s famous jukeboxes. Imagine the cultural impact the Wurlitzer family business had on society in this country – and the world, for that matter – with jukes blaring the very origins of jazz, blues and rock and roll? Astonishing, people. Simply astonishing! It seems New York developers ASH NYC have a sale pending on the Wurlitzer, with designs on opening a boutique hotel. For more info check out ashnyc.com.

1515 Broadway has been running since 1987. Though, the café, which has been operating for the past six years, is temporarily closed, owner Chris Jaszczaka continues to run the black box theatre, providing concessions during show times, with varied local and national dance, music, and theatre acts. Come MOVEMENT, 1515 will be off the hook. What do you want to bet ASH NYC has been making advances on 1515 Broadway? Best of luck, Chris; Hope you make a mint!

Small Plates has been serving solid fare for thirteen years now. They were early in on Detroit’s rebound. Detroit Beer Company combines the latest in brew technology with the historic architecture of the district. Catering mostly to the sports crowd, DBC is a good place to catch a game.

Simmons & Clark Jewelry began in 1925, when Fred Simmons & Fred Clark established their shop on Broadway in downtown, Detroit. Three generations of family ownership and S&C still has the coolest vintage sign on the block!

Broderick Tower (1928) by architects Louis & Paul Kamper; Mural by Robert Wyland. And, passing in the foreground is The People Mover (1980), wrapped in a Bagger Dave’s ad. I’m not knocking the hamburger joint, but c’mon Detroit! Isn’t this public transportation? And, you wonder why no one rides. Who wants to feel like a fast food meal that’s been picked up at a carry out window?

Now, if the wrap were THE METROPOLITAN I think we’d all sleep a bit easier ~