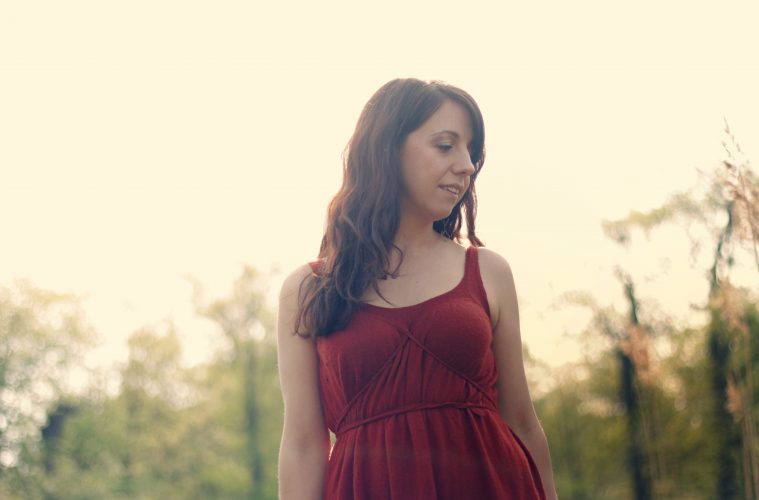 Emily Rose | A Pretty Ginormous Umbrella to Me

There are two words that are indispensable when you talk about Emily Rose. The first (of course) is talented. The second is … well, let’s go with exasperating.

Talented, the most obvious one of the two, needs little in the way of explanation. An established presence on the Detroit music scene for a decade, Rose’s latest release, Wake Up Brave,  helped earn her a sixth Detroit Music Award this year.

Critics and audiences alike responded not only to the familiar skill with which she sang her songs, but also to the keener emotional resonance she brought to them. My Redemption Song, to cite but one example, is a reflection not only about the past, but a reverie about the epiphanies we only appreciate years after the fact.

And the exasperating tag?

Well, there are several reasons for that.

Emily Rose is damn near impossible to categorize. We’ve come across past reviews and profiles that have described her music as folk, urban folk, balladry, ironic feminism (say what?!), and contemporary this or that. One can only whisper a sigh of thanks that a convenient shelf labeled Local Music exists in so many stores around here.

There’s also another reason to be exasperated by this Detroit chanteuse and guitarist. Modesty is a virtue any person can readily admire, but to an interviewer such a virtue is … oh, what’s the word? Ah, yes! Exasperating.

Ask Emily Rose a question about Emily Rose and you’ll get an answer that is economically precise and self-effacing. Let the conversation segue to another performer or just mention a promising talent who’s barely known, and the generosity of her praise is a flood. She loves the creative vibe of this city and promotes it with unabashed enthusiasm. A great many people owe Emily Rose for the words she’s expressed over the years, and if those markers were ever tallied … nuff said.

We’re happy to announce that Emily Rose will be at Arts, Beats & Eats. We’re also happy that, despite a heavy schedule, she was able to answer a few quick questions with The Metropolitan Detroit.

What is the most gratifying thing about a sixth Detroit Music Award?

I can tell you what has been most gratifying about winning a Detroit Music Award, though I am unsure that the quantity is the qualifier. Broadly, it is that the acknowledgment of my work became a personal fuel through positive encouragement. It wasn’t just a fuel to create more art, but to become someone who encourages others more, as well. The fear for me about this type of thing is that the art can become in danger of being dependent on external approval, which in my opinion is quite yucky, so it is important that I don’t rely on it. But encouragement really does help, especially folks like me who lack discipline and are hard on themselves. It doesn’t have to be from an award, it can be a great audience or a friend saying “Hell Yes, That is a good song!”. Some energy is born within that acknowledgment that can be used as a propellant.

When I got my start with my solo career, I was playing a bunch of soggy songs about a recent ex and Sheryl Crow covers at smoky open mic nights. I had heard of all these Detroit folk legends, and thought I would never reach their level of success. I kept receiving positive feedback (as well as critique, which was helpful too, but the positive stuff was the stronger fuel) which helped me keep at it, and a handful of years later my name was getting around. A handful of years after that, I was nominated alongside these folk giants. I believe receiving encouragement during this inchoate phase of my career was an immense propellant, because they helped me see my potential.

We were intrigued by Best Americana Vocalist – the category in which you won. For the benefit of those who are a little in the dark about such things (including this interviewer), what exactly does that category encompass? You obviously weren’t singing in Esperanto or a foreign language.

A tough question! I have to admit that I may be as much in the dark as the inquirers on this one. The category used to be called Acoustic/Folk then the category was changed to Americana a few years ago. After a google search, it is my vague understanding that Americana is an umbrella term. Taken directly from americana.org: (Americana) corporates elements of various American roots music styles including country, roots-rock, folk, bluegrass, blues, and R&B.”  It appears is that the word “roots” seems to be used a lot while defining Americana music. Also, it sounds like a pretty ginormous umbrella to me…perhaps one that is larger than America.

Is it more difficult for a songwriter to articulate an idea or an emotion?

For this songwriter, it is more difficult to articulate an emotion. Not for lack of having them, or analyzing them to death when I do. Emotions can be shifty, elusive creatures that dart around the body and mind. In order to write about something, I have to be able to  capture it long enough to observe it. Even ideas can be hard to express, though I believe they are slower moving and less chameleon-like. I prefer a story that has an a, b, and c that I know ahead of time. Then, all I have to do is fill in the spaces.

You will be sharing the stage at Arts, Beats and Eats with two equally talented performers, correct?

Yes, two incredibly talented musicians – Audra Kubat and Tamara Finlay. Our trio goes by the name Kubat, Finlay, and Rose. And yes, we know it sounds like a law firm!

And would you like to single out any new and upcoming performer this year?

Scott Fab. What a treasure! I could wax poetic for a while on the emotive power of his songs, but I’ll keep it short and highly recommend his live set or recent record, Leave My Friends.