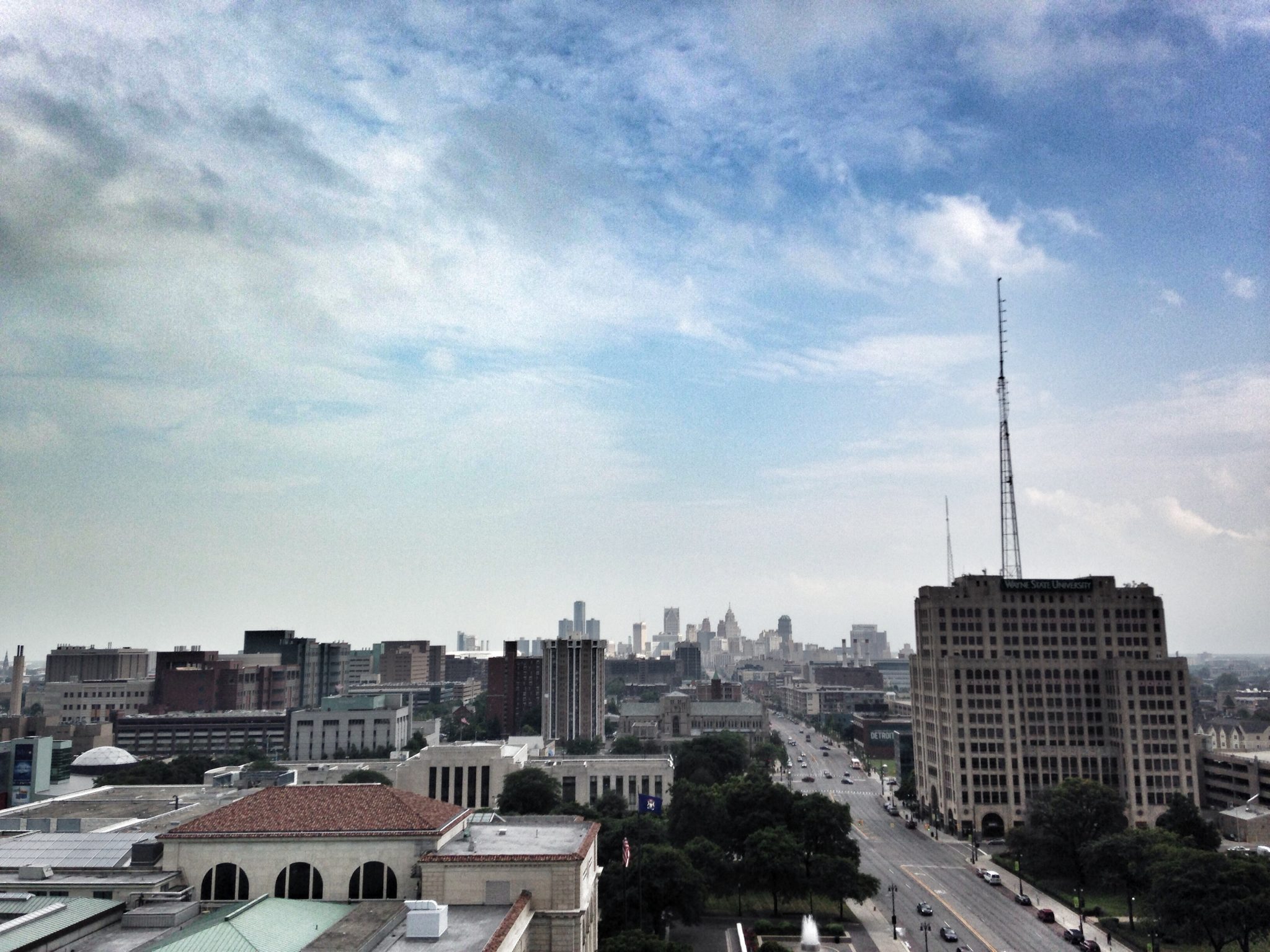 In 1998 I moved to New York City from Boston to intern for Dean & DeLuca, a luxury foods emporium. It was a logical opportunity populated with more than a little nepotism: my self-appointed big brother had been hired as their EVP and my Dad’s next door neighbor growing up was one of the firm’s founders. I wish I could say it was my talent that got me there, but, more likely, it was because I was vetted and probably the right person at the right time to do the work no one else wanted to – I was young, hungry and bored in Boston.

Three months in and I had fallen so in love with the work that I put school on hold and was granted the title ‘Marketing Associate,’ where I supported the marketing and creative efforts of their catalog and soon to be published, website. The work was fascinating and exactly what I felt was missing from my staid life in Boston – educational but sexy, colorful yet tasteful, high level and worthy, all about being the best in class (whether Beluga Caviar or Heinz Baked Beans.), the stuff of my dreams. I soaked it in, and after putting my time in at D & D, launched my career. Subsequent work would take me to Conde Nast, Calvin Klein and the development of two boutique model agencies, doing what as a teenager I had always wanted to do: to be in beautiful places, surrounded by beautiful people, doing beautiful things.

From the outside, it was a good several year run. But, despite this rewarding professional trajectory, I rarely found the satisfaction that I spent my days selling. My clothes were fabulous, but not always reflective of my personal taste; I frequented openings of nightclubs and galleries, but didn’t really want to be there; I attended fashion shows and other publicized events but frequently found myself uninspired; I lived in several ‘cool’ neighborhoods but, in truth, never really liked them.

The life I had envisioned for myself in Manhattan – Woody Allen’s New York, or the one that Ralph Lauren had always promised me in his beautiful ads never seemed to manifest itself. No matter how much I acquired nor how many events I attended, I could never quite find what I was looking for… there was always an element of something missing, something that left me unfulfilled. Whatever the reason, the preppy kid raised in New England and New York, doing what he was supposed to, according to the rules set before him, despite all efforts, could never find reward for the value system that drove him. I didn’t read any more – didn’t cook – didn’t take quiet walks; I never went to museums or shows unless it was for work; never went to dinner at someone’s house nor had the opportunity to have them to mine. While I had a distinct concept of what adult life was supposed to be in Manhattan, had read all about it from Fitzgerald and the New Yorker, had spent my entire childhood leafing through Vogue, The Atlantic, The New York Times all the while aspiring to become a magazine editor, etc, etc, …none of my vision, despite its seeming actualization, could be found in my reality.

As luck would have it in Summer 2004, I was fired from the agency I had been hired to launch. Relieved and heartbroken at once, I turned this into an opportunity to complete the undergraduate degree I had interrupted for work, moved upstate to my Mum’s in Saratoga Springs, did the required work for the baccalaureate, and shortly thereafter, began graduate school at Carnegie Mellon University.

Three days into initiation I met and fell in love with the woman I now call my wife. For the slightly burnt out and disenchanted Manhattanite to find someone so young and effervescent, pure and honest, full of hope and intention, determined to make the world a better place, was a little challenging, but I gather, in retrospect, both intriguing and inspiring. Was it possible to have the life I had for so long dreamed of? Is it possible with this woman? Following my gut and not listening to my brain, we dated and talked and challenged and nursed our colleague relationship into one of shared intellectualism, romanticism and aspiration, and over the course of two years, a week before finals, became engaged to be married.

Given our vastly different backgrounds and trajectories, following commencement, she went to DC, and I, first back to New York and then to LA. We maintained a long distance relationship for several years until I closed up shop in LA and relocated to DC so we could be together. Washington DC, while a beautiful place full of incredibly smart, ambitious and interesting people, is not a great cultural fit for someone specialized in my work nor for someone like me wife who wants to really have impact on a more micro scale. We lived in the right neighborhood… etc, etc, etc. I think you get the point.

After much discussion we began a search around the nation for a place where we could flourish both personally and professionally. Nothing seemed quite right for whatever reason until a rather long visit to my in-laws outside of Ann Arbor, MI, looking for a way to spend the day.

We now reside in an historical hotel that has been converted to residences just across from the now infamous Detroit Institute for Art.   Contained in the building is a fascinating collection of people from all over the world who co-exist, do business together, socialize with tete a tetes on the roof-deck and stops in the halls to say hello, inquire about the various goings on around town, or just to check in on each other’s pets. Some even pick things up at the grocery store for one another, and others still, share favorite recipes, concert tickets, or even a good find at a store to leave it in a wrapped bag on a neighbor’s front doorknob.It need not be stated that this in itself is a vastly different experience than I have had in any of the cities where I have lived. In my experience of other cities, when strangers walk up to you it’s often to ask for directions or change. In Detroit however, at least in my experience, people walk up to me to tell me they like something I’m wearing, or to simply wish me a good day, or, to reference my most recent favorite: to let me know that I needed to walk on the other side of my “beautiful wife” to make sure she was protected from last week’s puddles. As I am learning, this is what Detroit is about.

As a business management professional I cannot speak more highly of the opportunities I believe exist here. Not only because of the relatively untapped market, the high quality of intelligent and capable workers and the available real estate, but because the quality of life, from the year round fresh farmers market to the neighborliness; the genuine respect for culture and history; the space that is afforded for healthful personal and professional growth in what I believe is unparalleled in today’s economy. People are interested and engaged here, refer one another to each other’s business, invite people to their homes, to events they believe the other will find interesting or valuable, and they partner to create opportunities.

Every day presents something new: there is a spirit here that is difficult to explain, but that is, nonetheless, contagious and, quite frankly, delicious; there is a delicate fervency combined with a determined acknowledgement that ‘this is how life should be’ and a commitment towards its maintenance.

In the morning there is movement… depending on the weather or the day, think Oliver’s ‘Who Will Buy’ to Working Girl’s ‘Let the River Run’ to Donna Summer’s ‘She Works Hard for Her Money’ where the tried and true Detroiters do what they commit to, take a risk to keeping this way of life, and invest in its sustainability. In the afternoon, things shift a bit and the players change: people doing business have lunch at the various venues they hope to support, be inspired by or do business with, the movement is obvious. At night, there is a group of people who populate their chosen spaces of comfort where they tell their stories amongst friends and colleagues, where they congregate to plan and dream, where they know they are safe in their intentions, aspirations, and they maneuver the change that all of us in this community know needs to happen.

“This is where I found my Manhattan”

When I look down Woodward Avenue at dusk, I can feel the energy of lives not fully completed, whether Diana Ross, Albert Kahn or Edsel Ford… people whose creativity transcends generations…; something about their ongoing presence inspires me to continue my creative pursuits and dare, despite all reservations, to be here and keep to the work going. I feel as though I live what I hope is a significant part of their ideals and believe that by doing so, honor their vision of this place, the one they were borne of and do call home, that has inspired me to create my own, just like they. I view these people as teachers because they had dreams and made sure that they were manifested, but with a catch… There is always more work to be done, and tomorrow is always another day.   Detroit can be tough… but oh, is it elegant.

When I take meetings at the DIA, or better yet, involve myself in watching the freedom with which the artists seeking their voice find inspiration at the DIA’s Kresge court (while I create a spreadsheet) I think and hope) I get it. And I understand the importance of taxes, community involvement, and the importance of public space in which to question, create, and find inspiration that has so much more meaning than I will ever understand… but this is a part of living here… questioning, challenging, being curious, being aware.

When I drive around town in my Chrysler – scared as a new driver in a town where cars are king – I do so with a sense of pride that while difficult to explain, I know, inside of me, is profoundly American.   Good stuff happens here. This place has something that can only be understood through experience. At 15 months… I think I am beginning to get it. I think that despite its industrialization, Detroit is the most human place in which I have ever lived.

I refer to this space as being compassionately capitalist and thus representative of what American business people, at least those of us who dare to call themselves merchants, change agents or do-ers should aspire towards and so dare to share. Because I think that this space can serve as a grounding vehicle for those of us who dare to encapsulate the American Dream (ever and ongoing change) and create systems and structures to support its proliferation.

In Detroit, the preppy kid from New England who spent his formative years in museums, reading books, at symphonies and experimenting in the kitchen with interesting foods, and aspiring toward business leadership that supports a full life, has found a space that is peaceful, meaningful and joyous, surrounded by new friends, excitement, architectural beauty and what I believe is a balanced life. Perhaps, after all, I am finally living in a beautiful place, surrounded by beautiful people, doing beautiful things. And thus after a 20 year search, I feel confident, I have found, in Detroit, my fabled Manhattan.