Godfather of Techno | Derrick May

Detroit is broke and failing. In 1950, the Motor City had 1.8 million residents, but by the last census, in 2010, that had fallen to 700,000. So much of the city is unoccupied that swathes of the city are reverting to the wild, and becoming what is known as “urban prairie”. There are 70,000 empty buildings, including theatres, libraries and churches – even Michigan Central Station has been left deserted. What’s more, nearly 40% of the inhabitants live in poverty. Almost half the street lights do not work and the city cannot even afford batteries for its parking meters. That’s the background against which the city declared itself bankrupt. Despite all that, the Detroit-born techno veteran and Transmat label boss, Derrick May, 50, remains optimistic about his hometown.

Why do you think Detroit attracts so much attention from the press?

You know why? Because people like to marvel as it falls down. It was sensationalized to begin with, but this isn’t news for the city. Detroit has been bankrupt or broke or financially in strife since I was a kid. I can’t tell you anything different because it’s the truth. I don’t remember the city never having financial problems or not being caught up in political corruptions – it’s always been that way. The sad part is that it doesn’t reflect the people; the local community, these are hard working honest people. There was a time when if you spoke badly of the city, when I was in my early twenties, if you said ‘Detroit is a shit city I cant stand this place, the people are stupid’ somebody would punch you in the mouth, but it’s different now.

Do you think the situation is worse than it’s ever been?

Why do you think this is happening?

I think people have left because they want to have the opportunity to raise their children in a better environment and get a job, or people just wanted to meet a nicer girl. For young people under 45 years old, they want to get out. I understand that.

Why have you stuck around when so many others have left?

It’s home. I stick around in Detroit because it’s my home number one. That’s a bit patronizing and patriotic and ridiculous – yes, of course it is – but it’s cheap and I can create an environment where positive things happen and can help to reestablish a creative class – and, also the fact that I can leave when I want, I can fly out of the city. Now, If you told me, if you said Derrick, you have two weeks to make a decision where you wanna live because the gates are gonna close on Detroit and you won’t be able to ever leave again, that would change my view – I would probably move to Tokyo. Seriously I would. Because I don’t have that kind of alternative, I plan to stick it out as long as I can.

From Aaliyah and J Dilla, to Stevie Wonder and Smokey Robinson, a huge list of music stars come from Detroit – why do you think there has always been so much creative talent there?

In the past, there was such a young, vibrant generation involved in the automotive industry – people were making 70 or 80,000 dollars working on the line straight out of high school. All you got to do was work on the line when you’re 19 years old and you got yourself a sweet Cadillac. All these things encouraged the creative juices. Black people in the community had the money to give their children the chance to think outside the box and based on that, it was a tribe. No other city in America produced such a community – 93 per cent of black people, there’s no where else like it.

What about New Orleans?

New Orleans was driven by poverty, there was no way out. In Detroit this wasn’t a factor. Berry Gordy was a used car salesman, the guy wasn’t poor, Diana Ross went to one of the best schools in the city. They were not uneducated people, they were not your typical hip hop star, straight off the street from prison, these people had money. 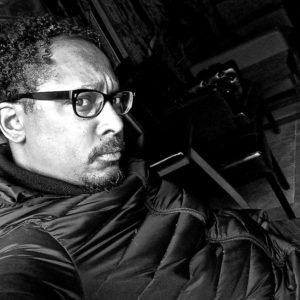 You helped set up Movement, the first electronic music festival held in Detroit, which was praised for injecting youthful energy into the city. Do you think other successful people give enough back?

No. They haven’t they given anything back. A lot of people back in the 60s and 70s called Berry Gordy a pimp – the reason they said this was because he created Motown, which became the most successful black independent record label and I think for all that he did to help create Marvin Gaye, Diana Ross, Stevie Wonder and Michael Jackson, for all he did to make them icons, he never turned around and did a lot for the community. And I think he is just one example of that situation happening. You have to look at why he did it, why did he up and take his entire business to LA to make movies? He has nothing to do with Detroit; he puts no money in the city.

Are you optimistic about the future of the city?

Detroit is an original city and we have got to the point of no return. We’ve hit the bottom of the bottom, now we’re recreating ourselves, a whole new creative class, a whole new energy that will be instilled upon kids my young daughters age. We will be talking about Detroit till the day we die. It will always be something magical. People ask how did you three guys [Juan Atkins, Derrick May, and Kevin Saunderson] create techno, and why did you do it? How did three black guys from Detroit, Michigan, create this music, how did you do that?

And what do you say?

We say we have no f*cking idea.

(Tess Reidy is a London based writer and regular contributor to TheGuardian.com. Follow Tess on Twitter: @tessreidy)