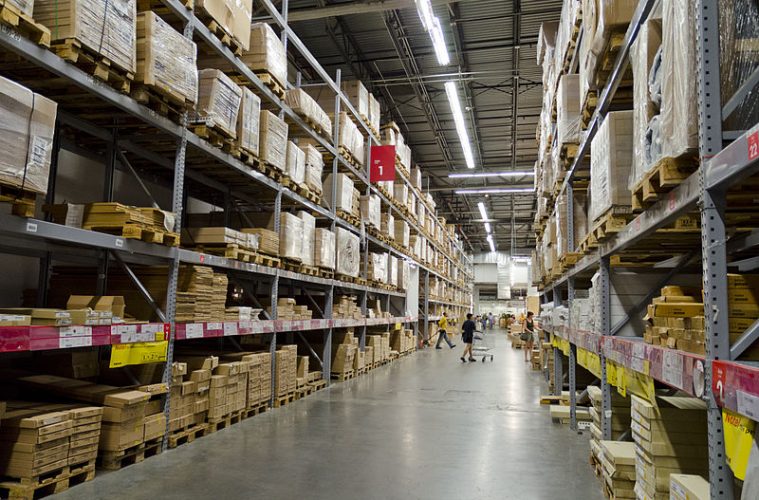 The Happy Housewife Goes to IKEA

By The Happy Housewife

I decided to play hooky from my regular Mom duties and go shopping—just for me.  It was raining and cold, so why not go for a ride and turn on some Christmas music?

With young children, it’s rare that I get to relax in the car. So, when Frank Sinatra came on and sang those J-I-N-G-L-E Bells, it really put me in the holiday spirit. Although, it’s not a traditional Christmas shopping destination, I thought a good way to relieve some parental stress would be a fun little jaunt to IKEA, so I could peruse the Fluktorps and Ljunglaps.

It was just after rush hour on I-275 but there wasn’t a single person in metro Detroit that wasn’t effing rushing. What is going on?  It’s too early for lunch, and too late for the morning commute?  I’m just going to stay in my lane and avoid the stress.

But, the light rain being whipped up by traffic was enough to create a veil of danger and mystery around each vehicle. People were blindly changing lanes, cutting in, swerving.

Some clueless woman, driving nervously in her Maserati (with hands at 10 and 2 like she was at Dave & Buster’s playing Pole Position), thought her expensive sports car entitled her to the cushion between me and the car in front, but she was wrong.

Usually, after a vehicular FU, I find it difficult to pass someone that has wronged me on the road without a quick look. It’s imperative to find out if I hate them more based simply on their appearance: Yep, hatred confirmed.

Merging, of course, is the icing on the cake …

In my head I’m thinking, “It feels like we’ve been traveling inside of a goddamn snow globe, so now let’s all try to merge, courteously, from different highways at the same time”.

Another young woman, traveling in a fuel-efficient hybrid with an enormous sticker of the U.S. on her backseat window – which is great for visibility – thought she could insert herself between two enormous 18-wheelers kicking up enough rain from the road to make you feel like you’re on a splash pad at the water park.

At that point, her only choice is to wince and make a move, which is exactly what she did. I, in turn, pumped my breaks so I wouldn’t end up under the back of a semi being dragged onto the interstate.

Ok, I have to look at her… Uh huh, the hood of her car is smashed and she has a large crack in her windshield.

Surprisingly, I arrived safely in the store parking lot. Geez, why do I have chest pains?

I make my way into the store. Immediately, my thoughts are set on a particular rug that I remembered seeing online. But, I decide it’s a good idea to grab a cart just in case.

Has anyone used IKEA shopping carts before? They’ve got 4 wheels that move independently, and whether or not the cart is filled, pushing them is like controlling a toddler on ice.

I had to engage my core through the winding marketplace so many times turning corners and avoiding displays that I should have brought a towel and water bottle.

People were muttering to themselves, asking for maps, and wondering why they hadn’t made any forward progress. “Hey, where are we?” one woman said to the other. “We in the same location we started in?!?” the other replied, while she was carefully scrutinizing the map and her surroundings.

Lab rats in a maze.

I finally found a door with “shortcut to rugs and textiles” written in 1-point font over it (If you can read that then you’ve found Narnia). The rug area was, of course, under construction. The rug that I wanted, however, was there-Yay!

First, I had to write down the coordinates of its location in the warehouse. It was like a Swedish scavenger hunt. I take a photo of the tag but notice on the bottom half, highlighted in yellow, a note that read, “Please ask for assistance”.

What does that mean, shout “Help!” from the rug department?

So I tighten my stomach muscles and push my cart to the checkout lanes. The cashier directs me back to the middle of the warehouse, which at this point makes me feel like I am navigating the cart with a curling broom. I ask the lady standing there for help; I show her my photo of the tag and ask, out of curiosity, “In this case, what does ask for assistance mean?” She gives me a smug, trying-to-be- pleasant smile and says, “YOU have to go get it yourself”.

Nevertheless, I travel with my cart once again, swerving worse than the woman in the Maserati, and head to Aisle 46. The last possible aisle located next to the checkout lanes. I grab the rug and proceed to checkout.

Cool, there are only 2 people in front of me.

I turn the rug over and realize it is not the size that I wanted.  I head back to the warehouse desk and tell the same woman that helped me previously that it wasn’t the rug I wanted, and she smiles at me and says, “That is why it says ask for assistance”.

I glanced side to side: What is this, fucking Candid Camera?

She prints out an order and says that I have to pay at checkout and then retrieve it at product pick-up. In a full body sweat, I slip and slide my cart back to the registers to see about 75 people in what must have been the 600 item or less lane.

After finally paying for the items I’m told to pick up my rug at yet another desk (And, can I just say, while we’re here, that the conveyor belt at check out is entirely too thin and useless). I get my rug, and 45 other tiny items that I had to carry separately because IKEA doesn’t give out bags, and make my way into the wind, and the ice, and the cold, of the overly crowded parking lot.

Screw this day (and their meatballs).

Michele Kusiak is the Happy Housewife. She writes from her happy home somewhere deep in the suburbs of Metropolitan Detroit