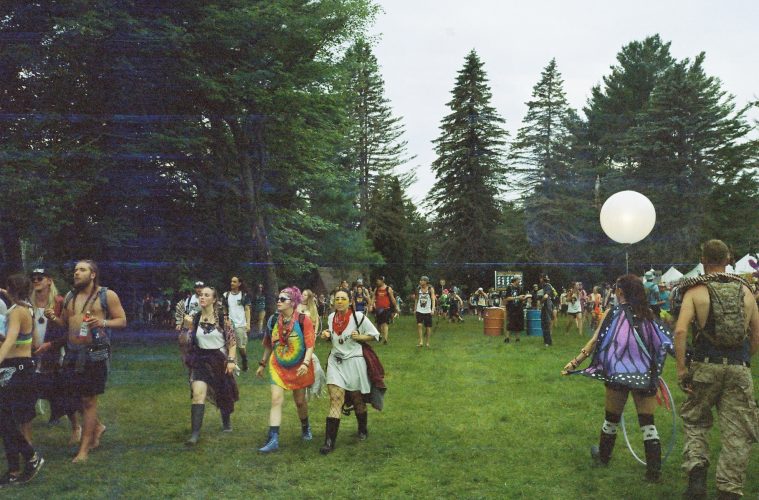 Why I Hated Electric Forest

Fuck I hate Electric Forest. God damnit. I went for both weekends, but only because I worked a booth serving food and needed the money. 3 years in as a stand up doesn’t pay shit, and I can’t hack it working a 9-5 so I’ve been doing a lot of freelance and odd jobs. I went into working this event not knowing anything about the festival and when people listed off the ‘bands’ that were playing they might as well have been naming random objects (I put those quotations there because I don’t really consider lazer music, jam bands or dj’s, playing the hook from rap hits then dropping the bass, a real band).

From what I’ve gathered Electric Forest is a music festival three hours northwest of Detroit in Rothbury, which has transformed into a good place to look at colored lights, wear weird shit and of course do drugs. Oh, and listen to music I guess. I literally overheard someone who had paid hundreds of dollars to be here say, ‘Their music isn’t that good but they do put on a good show’. What the fuck are we even doing here? Drugs apparently. 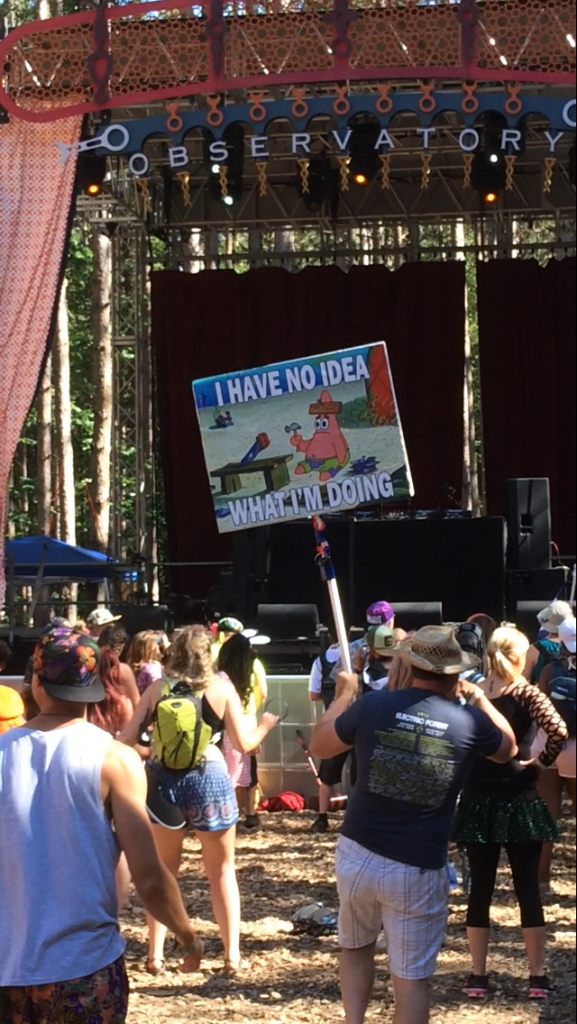 Within 5 minutes of getting out of my truck I was offered MDMA, which I declined. I’ve got a bad heart and don’t do uppers, plus my brother recently overdosed on stimulants. Later I ran into the Electric Forest version of Henry Bemis who was wandering around with a vape cartridge full of DMT in search of a battery. All the DMT in the world but no way of smoking it. I’m gonna sound like a real dick here, but I recognized the battery that would fit that cartridge, since I had one in my pocket, as I said, “No, sorry bro, happy forest’ (me appropriating their speak to fit in). I watched him wander away and move on to the next camp of forest goers. I’m sure Forest Henry eventually came across what he needed.

“We’re not where we told people we’d be, but it’s okay cause they’re probably still coloring.” ~ Random quote

Anyways, the fest consists of several outdoor stages, food stands, camping areas, and booze bars where you can buy a $10 Oberon. Who the fuck even drinks that? I feel like the shittily drawn sun on the bottle attracts these millennial-internet-rich-bro-hippies. Luckily for myself we had fourteen dollar cases of Hamms in our wheely cooler as we waved to security flashing our vendor creds. It’s hilarious that in such a fantastical fairy wonderland the service industry workers are jaded, burnt out, and counting down the hours until close so we can turn our functional drinking on the job into a night we’ll forget by morning.

Even though I don’t understand this culture, the festival itself was a huge production that was put together and executed amazingly. I’m really not being a dick here, although I don’t care for the event, the fact that they put in 100% and pulled off something of that scale is inspiring.

They had giant sculptures in the woods, amazing sound on every stage, a neon organ you could play in the forest, the trees were outfitted with colored lights throughout the grounds, and they created a truly magical, visually stimulating (especially on psychedelics) imaginary world where you could express free love and all that shit or whatever. Seems like it was also an excuse to wear close to nothing, though I have nothing to complain about there. 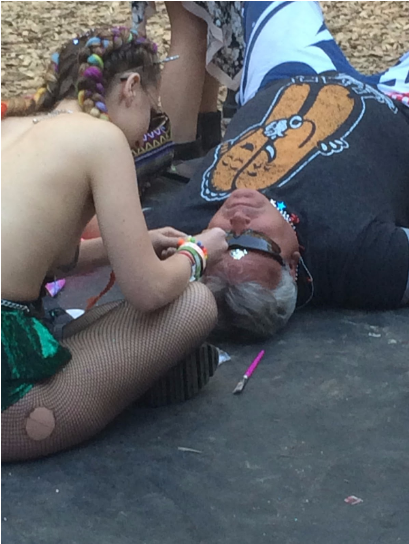 Get your head painted by your daughter’s topless best friend.

The type of people at this fest were really hard to pigeonhole aside from everyone being very nice, but that’s typically something you don’t want to hear about yourself since it’s usually followed by, ‘Yeah, but gah damn his breath stinks.’ or ‘Yeah, but didn’t he hook up with his cousin in the woods?’  The crowd ranged from the weird girl in high school who wore a foxtail, old deadheads, acid fried sunburned guy flipping around devil sticks, college bro who did acid once, steampunkers showing off their latest wearable contraption that does nothing and then the local townspeople with their children walking around cause they get in for free. I can’t imagine what it was like for a 12 year old boy from a small town to be walking around the event seeing all these scantily clad weirdos looking for a good spot to hula hoop. But who knows, maybe he’s got free range to the internet after meemaw falls asleep and this is vanilla pudding compared to what he’s consumed online.

“I don’t want to sell ANY of my shawls I WANT TO WEAR THEM ALL!”

This culture seemed like the regurgitation of internet memes, pop culture references played over bass, and mashed up eastern religious iconography that are smoked out by Bob Marley. Walk into any stoner store, put everything on, add a flat brimmed hat with the stickers still on and BOOM happy forest bro. The songs sounded like all the memes from Reddit being loaded at once causing the computer to short out and burst into flames and burn down your house. One DJ even played a fucking christmas song. 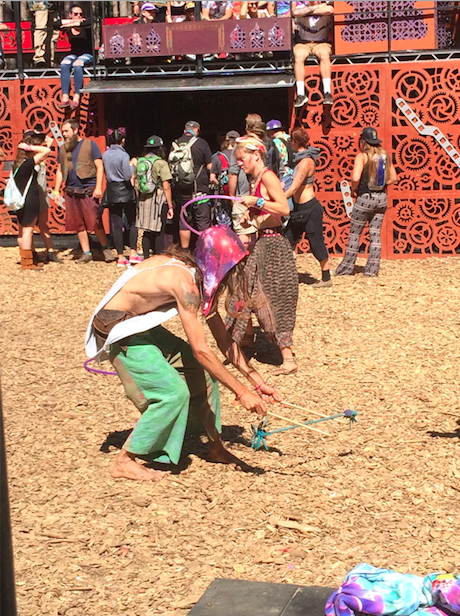 I feel like you can’t talk about Electric Forest without mentioning Carl nor can you spend more than 7 minutes walking around the forest without someone yelling Carl and then herds of dopes echoing his name like a flock of drunk parrots. There are many speculations to the truth of the origin story but here’s what I was told. Apparently in the first years of the fest, some guy named Carl got real high on whatever, walked off into the woods and never came back. Let’s assume this is the truth (which I doubt it is); how fucked up is it to memorialize a person in that way? If Carl really did disappear into the woods and ascend into some higher plane of existence, which is what I’m projecting that these people imagine, in my mind he wandered just a little bit too far for anyone to find him and is laying against a tree only to have his guts eaten by a bear just as he started to come down off his trip.

I’m realizing I hate this shit because it’s a fabricated imaginary world. Whereas, I enjoy picking apart the absurdities of our world and rolling around in the filth rather than dancing around with glitter on my face in some constructed magical hippie peter pan sort of thing.

A comedian has no place in that world of absolute love and acceptance. I was there almost as a fly on the wall observing this strange culture, but really I felt like a dick hanging off the wall pissing all over everything.

When I would overhear something goofy my first instinct was to ‘take note of this’ so I can mock it later in this article. As the days came to an end I think I finally figured out how to fit in, and although it’s not my my scene I’m glad to have experienced it in the same way you enjoy watching a house burn down for the first time. 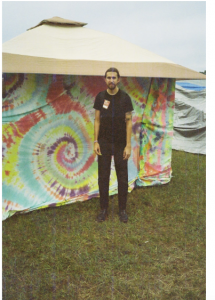