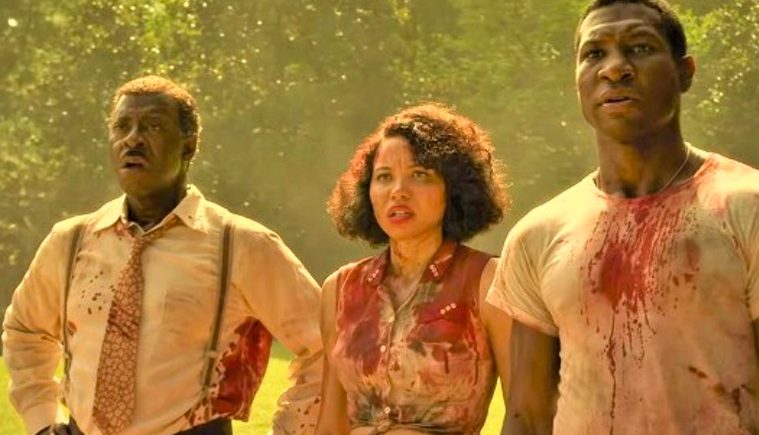 HBO Brings Adaptation Of ‘Lovecraft Country’ to the Screen

From the moment it was ordered “straight to series” hype surrounded HBO’s adaptation of Matt Ruff’s novel Lovecraft Country. And, when HBO commits such resources to a project critical antennae and expectations are raised.

The source material and the title’s purposeful allusions to Howard Phillips Lovecraft, whose fantastical storytelling and troubling racial, ethnic, and xenophobic beliefs have been exposed and discussed in recent years, are interwoven with 1950s Jim Crow era environs and supernatural explorations by author Matt Ruff (88 Names, The Mirage, Bad Monkeys).

The repurposing of Lovecraft, if you will, is apropos and fresh, with show creator Misha Green (Underground) calling the act in recent interviews a form of “reclaiming”. A tale compelled by mystery and the mysterious, the series is at the root of modern day filmmakers exploring and re-evaluating the racial roots of this nation via new sagas with modern perspectives (Django Unchained, Sankofa, Hidden Figures).

Amazon describes the novel as, “a work that melds historical fiction, and Lovecraftian horror and fantasy; a chimerical blend of magic, power, hope, and freedom that stretches across time… and the terrifying specter that continues to haunt us today.”

Terms like “fantasy, spiritual magic/realism and phenomena, gothic horror, mystical, pulp fiction, genre-bending, horror, fantastical fiction” have been critically applied to the book and series.  Elements that reminds one of HBO’s True Blood.

While Japanese cinema from Anime to J-core (Howl’s Moving Castle, Princess Mononoke, Kwaidan, The Ring) has been influenced by the fantastical and otherworldly spiritual magic/realism, these types of stories have not appeared to resonate with African-American audiences. However, coming on the heels of several Black film works that handle this realm well – Eve’s Bayou, Beloved, Dead Birds, A Wrinkle in Time, To Sleep With Anger, and Down in the Delta – Lovecraft Country may prove that Black audiences are growing more receptive.

Through Ruff’s marvelous scenery, well-drawn characters, and lively, evocative dialogue that pops/snaps/cracks the series should justly display these elements. Whether or not it succeeds the involvement of executive producers J.J. Abrams and Jordan Peele should bring certain story and thematic content overtones. The production is also anchored by a gifted ensemble cast, Jonathan Majors (Atticus, Da 5 Bloods), Jurnee Smollett (Letitia), Detroit’s own Courtney B. Vance (Uncle George) and HBO stalwart Michael K. Williams integrated with other talented actors appearing as recurring characters (Aunjanue Ellis, Wunmi Mosaku, Abbey Lee). The pilot is directed by Yann Demange, who may be familiar to readers for the White Boy Rick film.

HBO’s diversity in programming began a few years ago with identifiable Black-centric content, including Black stories carried by Black talent (in front and behind the cameras), with the release of Mandela (1987) The Josephine Baker Story (1991), and other notable films, docs, shows.

Thus, Lovecraft Country joins a long lineage of daring, challenging stories, from visionary talents who have produced impressive works such as Miss Evers’ Boys, Lackawanna Blues, Sometimes in April, Four Little Girls, Bessie, Insecure, and Subway Stories – all worth a bit of your Stream time.