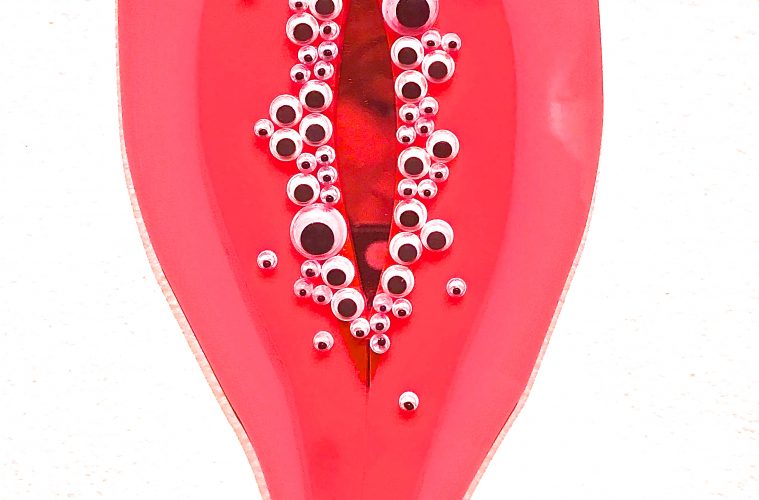 I Flirted with ‘Nasty Women’ at the Cave – That’s to be Expected. Sorry, Donald.

In anticipation of Trump’s forthcoming ascension beyond Hillary’s hardest, highest glass ceiling, feminists across the country, from New York City to San Diego and Phoenix, have responded with what VICE News called “a wave of feminist protest art.” This past Saturday night, Detroit fell in line with the national vagenda.

At the Cave Gallery in Detroit’s Russell Industrial Center, eerie Hillary Clinton masks with their eyes cut out decorated the gallery walls, a clay, baby blue, floral pile of shit delicately perched on top of a cinder block, and a metal sign on the far back wall read “Not Today Patriarchy.”

In a one-two jab against Mitt Romney’s 2012  and President Donald Trump’s 2016  infamous debate sound-bites, the Cave labeled this one-night exhibition “Nasty Women; Binders of Them” . Participating artist and organizer Alex Tsocanos donated all proceeds of the work sold to Planned Parenthood.

Instead of the observer gazing at and objectifying the female anatomy, these works reflected the gaze back on the observer. At the center of Eastman and Mawson’s plastic vagina, there is a small slit of a mirror framed by googly eyes in which the observer is literally able to meet their own, objectifying gaze. 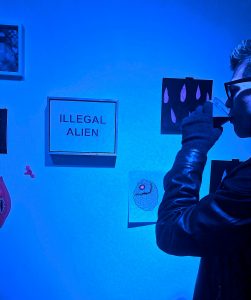 As millions took to the street the day after Trump’s inauguration with the Women’s March movement, a national desire for answers, accountability, and a reignited desire for grassroots activism took hold of the American political conscious.  Perhaps, many have speculated, a nation-wide desire for change won’t equate to actual change.

Yet, the groundwork for a political revolution laid down by the political protest art of liberal feminists in this city, and in this country, is not likely to stop anytime soon.  This is work that is honest, brutal, uncomfortable, and beyond all else, necessary.  One thing is clear: Detroit pussy grabs back.