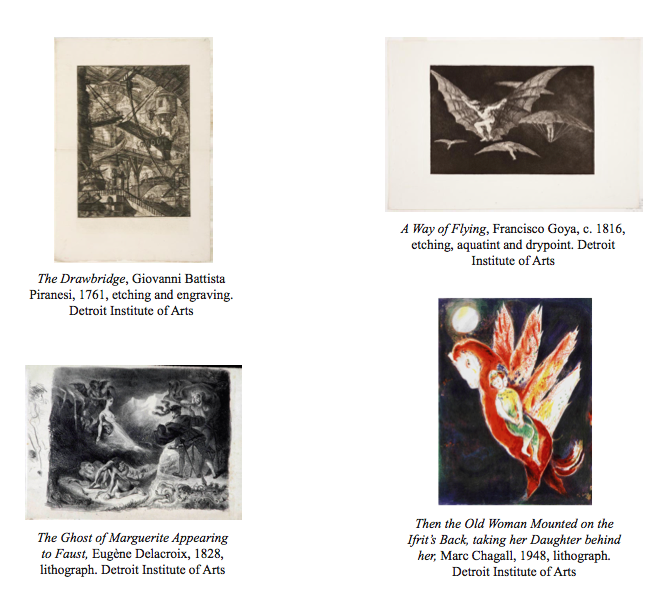 IN YOUR DREAMS: 500 Years of Imaginary Prints 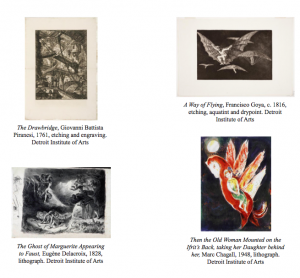 Approximately 120 European and American prints from the DIA’s collection celebrate the life of the imagination. Several of the museum’s most significant prints constitute about half of the images in this exhibition. These include selections from Albrecht Dürer’s 1497/98 visionary woodcut series The Apocalypse such as the The Four Horsemen who represent conquest, war, famine, and death; the complete sets of Piranesi’s large fantastic Prisons, 1761, cavernous but spatially impossible stone interiors; Goya’s eerie Los Proverbios, 1816, complete with winged, bat-like humans; and Odilon Redon’s iconic lithographs from his Temptation of St. Anthony, 1888, with its well-known free-flying eyeballs. Works by artists such as Marc Chagall, Pablo Picasso, and Joan Miró present a more modern twist on unworldly subjects inspired by each artist’s thoughts.