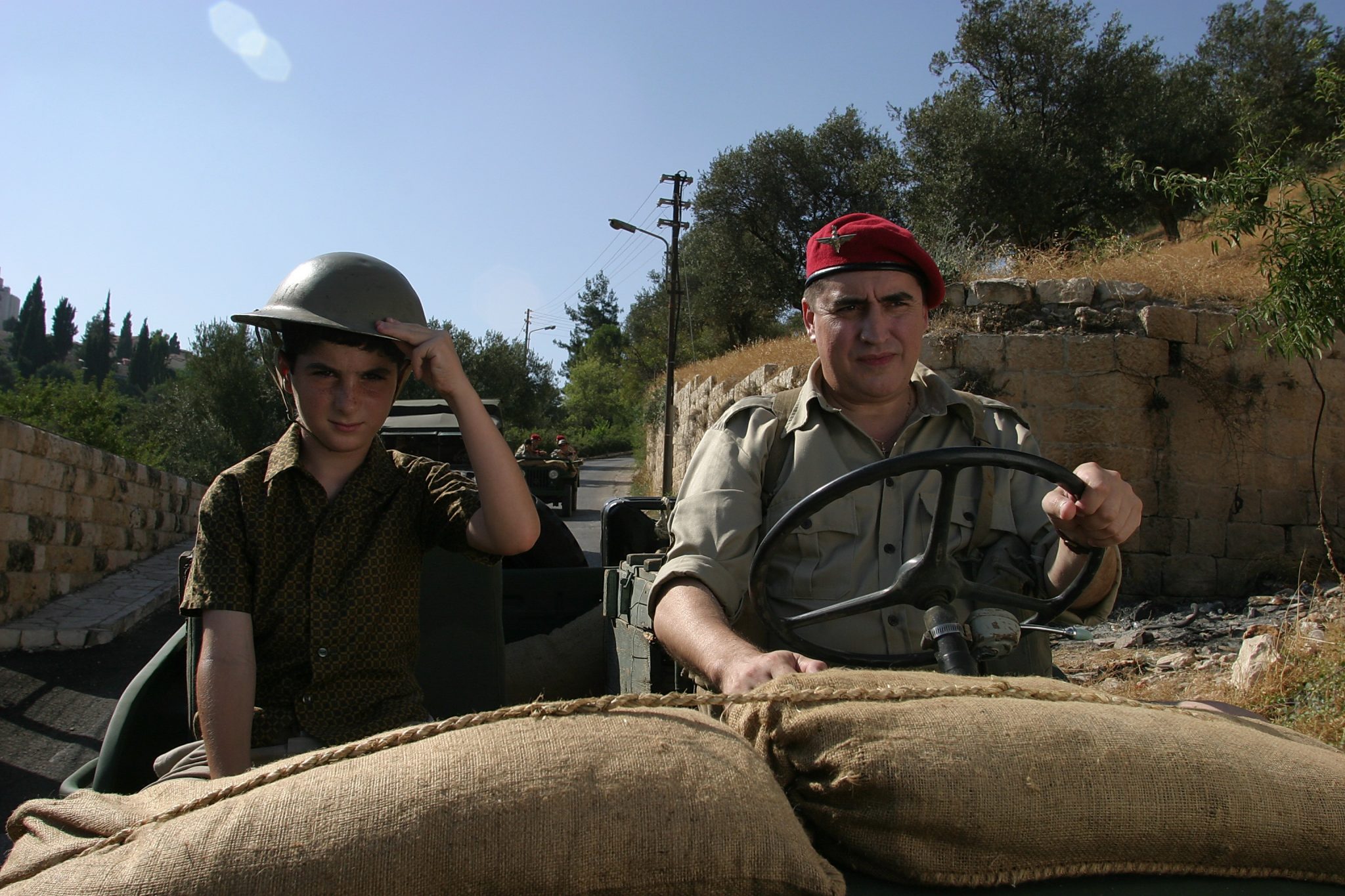 It took five years for director Lynn Roth to complete her second film, The Little Traitor, starring Alfred Molina, a journey that began with the infamous words, “I have a book I want you to read” and led to the realization of one of Roth’s life long dreams, shooting a movie in Israel.

On this evening, Roth sits in a hotel room in San Francisco, taking interviews and considering the destiny of her film, a little story of two people, an older soldier in the English Army and a boy coming of age, during a point in history when Israel became a state.

The film is based on the book, Panther in the Basement, by Amos Oz, widely considered a preeminent writer in Israel, and was adapted for the screen by Director Roth. “I’m very happy with the script,” Roth says. “But, if you give a script to twenty-five different people you’re bound to get twenty-five different opinions.”

One of Roth’s mentors was the late British actor and director, John Houseman, who worked with the likes of Orson Welles, before Houseman and Roth met on set of the television series, The Paper Chase.

“I learned how to direct, write and produce at the same time from John and became pretty good at that,” says Roth. “The more one does it the more one does it well,” she explains. “One has a sense, I think, an instinct, for writing. I’ve always understood characters, I need character, and if I have that the rest falls into place.”

Roth admits to being challenged by the play on words by Oz, and his cerebral, literary style, she knew she had to make it “more visual” and “accessible” to an audience, so she got to work highlighting sections of the book that she felt would translate well to the screen.

Once the script was finished, Roth began her role as Producer and quickly discovered that she could not secure distribution for the film prior to shooting. “Something inside me was just possessed to get it out,” Roth says of the experience. “I would let nothing stop me. From the moment I read the book I fell in love with the characters and knew that I had to make this film – produce it and direct it.”

When Roth’s plane landed in Israel she remembers asking herself, “Is this real? Is this really going to happen?” “But, then something takes over,” she says. “An extraordinaire amount of adrenalin and you just know you have to get the job done.”

During the shoot, the war broke out in Lebanon and there were concerns of whether or not the film would be able to continue. Roth and the crew kept going with what they were doing and got everything they needed. Well, almost everything.

“As a director, I would’ve liked the Producer to give us more money, more extras in the film, time, but I’m happy with what we have.” she says with a little laugh. Now, Roth spends most of her time screening The Little Traitor with audiences, an act that gives her time to appreciate her work. “This film always captures my attention,” Roth says. “I’m engrossed in it, caught up in the warmth and charm of the performances.”

“My hope is that people of all kinds, Arabs, Asians, Italians will relate to this story of a little boy coming of age, and enjoy spending an hour and a half experiencing a little bit of Israel during that period.”

The Little Traitor has screened for 18 straight weeks in Del Ray, Florida, and for 6 weeks in Palm Beach, and is now running in the Detroit metropolitan area at the Landmark Maple Art III.