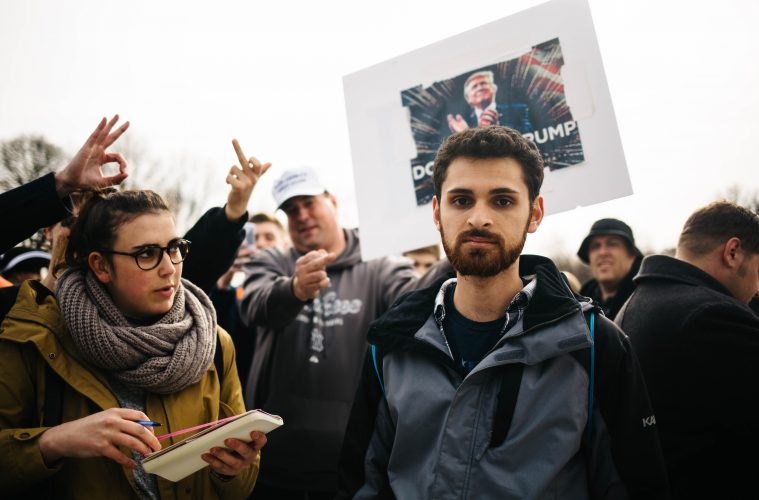 Is There A Bottom To Donald Trump?

There is no bottom to Donald J Trump. There is no floor. There is no basement. There is nothing at the bottom of the well. Trump is a black hole of narcissism wrapped in hate and coated in abject stupidity. Every single time we think Trump has hit a new low, he goes lower.

There are literally hundreds of comments spoken or via Twitter by Trump that are demeaning, vulgar, disrespectful or cruel. He keeps finding new lows, but as I write Trump even “trumped” himself. Today, he Tweeted that “3000 people did not die in the two hurricanes that hit Puerto Rico. When I left the Island, AFTER the storm had hit, they had anywhere from 6 to 18 deaths. As time went by it did not go up by much. Then, a long time later, they started to report really large numbers, like 3000…”.

In the most callous, self-serving way possible, Trump dismissed the deaths of 3000 Spanish-speaking Americans. Today, in Puerto Rico, there are thousands of families who buried a loved one following Hurricane Maria. The President of the United States just told each one of them that it did’t happen. That their suffering and grief was “fake news” and I’m not even sure that’s the worst part of the Tweet. Trump followed up this Tweet by saying, “This was done by the Democrats in order to make me look as bad as possible when I was successfully raising Billions of Dollars to help rebuild Puerto Rico. If a person died for any reason, like old age, just add them onto the list. Bad politics. I love Puerto Rico!” So, on the heels of telling thousand of Americans in Puerto Rico that their loved ones did not die during the hurricane, or as a result of lack of care following the hurricane, the statistics were manufactured to make him look bad. Trump made himself the victim. Not the 3000 dead Americans. Not the families left behind. No, Trump is the victim of political shenanigans.

How low can Trump go?

There seems to be no bottom.

But we pretty much knew this heading into the 2016 election right? I mean, Trump lived his life in the media. Trump didn’t believe in bad publicity. All publicity was good publicity. We read about his affairs, his lawsuits, his bankruptcies, his divorces in the news. We listened to him degrade women on Howard Stern’s radio show. We read about his ties with the Mafia and his civil rights lawsuit brought on by the Justice Department. Trump was no mystery when he launched his presidential bid and he continued to show us the flaming dumpster of a person he is during the election. So, the question I ask is what kind of person votes for and supports a man like Trump, and what does it mean as a country?

I get the desire to “shake things up.” I get that HRC was not an ideal candidate. I get that Trump in jumbled speeches, in between attacking any race but Caucasian, talked about jobs. So, I get the appeal for some people. I get it. Let’s move past the election and focus on today.

As it sits today, Trump’s approval rating is slightly lower than 40%. Some have him as low as 36%, some have him slightly above 40% and it’s been dropping for the past 3-4 weeks. So that means that despite everything we’ve seen from Trump the past two years roughly 40% of Americans STILL support him.

So many of his supporters cheer when brown-skinned children were ripped from the arms of the mothers to be sent to stay in cages for an indeterminate amount of time. They cheered each and every time Trump debased the Office of the President with a petulant Tweet attacking anyone who criticized him. They are gleeful each and every time Trump destroys another poor and middle class safeguard put in place during the Obama era, because that’s how you “own the libs”.

This is a dark view of a portion of our populace. I write it with bile in my mouth and pain in my heart. This is not who I thought we were as a nation. I grew up believing Americans were generous, honest people with big hearts and determined to do what’s right and many of us are. But Trump has shown us another side. 40% of us are not these things. 40% of us are the anti-thesis of these things. Since Trump began overtly spewing racist dogma, or with “dog whistles”, we’ve seen khaki-clad, tiki torch wielding Nazis marching proudly along side uncloaked KKK members in American streets. We’ve seen a spike in racially inspired attacks and instances where black Americans are harassed for no other crime than BBQing in a city park. We’ve seen the destruction of truth, of facts, of reason in our political discourse and in everyday life. Trump has turned over the wet stones and unleashed the slimiest of us.

Trump is hounded by his own demons. The Mueller investigation rolls on gathering steam and convictions. The media no longer ignore his incessant lying. World opinion has soured on Trump and currently on America. We are in a dark place. How does it end? Do we come out of the darkness in the full light of day or do we remain in the shadows? I honestly don’t know. I’d love to give you a rousing battle cry of “fight on we will prevail!” but I can’t. I don’t know how this ends. I don’t know if Mueller brings an end to this experiment of crude insanity or if Trump usurps all and wipes his ass with the Constitution. All I really know at this point is Trump has shown me the ugly side of America. It is dark and it is ugly.