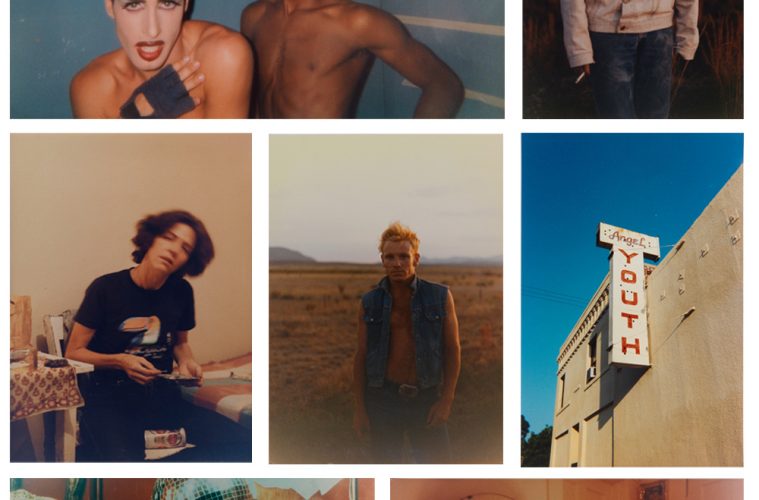 The Hungry Years collects the early photographs of Jack Pierson, taken throughout the 1980s—photographs that have increasingly captured the attention of the art world since they were first editioned in 1990.

Informed in part by his artistic emergence in the era of AIDS, Pierson’s work is moored by melancholy and introspection, yet his images are often buoyed by a celebratory aura of homoeroticism, seduction and glamour. Sometimes infused with a sly sense of humor, Pierson’s work is inherently autobiographical; often using his friends as his models and referencing traditional Americana motifs, his bright yet distanced imagery reveals the undercurrents of the uncanny in the quotidian.

Fueled by the poignancy of emotional experience and by the sensations of memory, obsession and absence, Pierson’s subject is ultimately, as he states, “hope.”

For more than two decades, New York–based artist Jack Pierson (born 1960) has been using the visual languages of photography, painting, sculpture and drawing to examine intimate and emotional aspects of everyday life. Gaining recognition alongside a group of photographers known as the Boston School, Pierson explores the cultural construction of identity, including how we see and how others see us. Pierson has had numerous recent solo exhibitions and his work is in the collections of the Metropolitan Museum of Art, the Whitney Museum of American Art, the Solomon R. Guggenheim Museum, the Museum of Contemporary Art, Los Angeles, and the San Francisco Museum of Modern Art, among other museums worldwide.