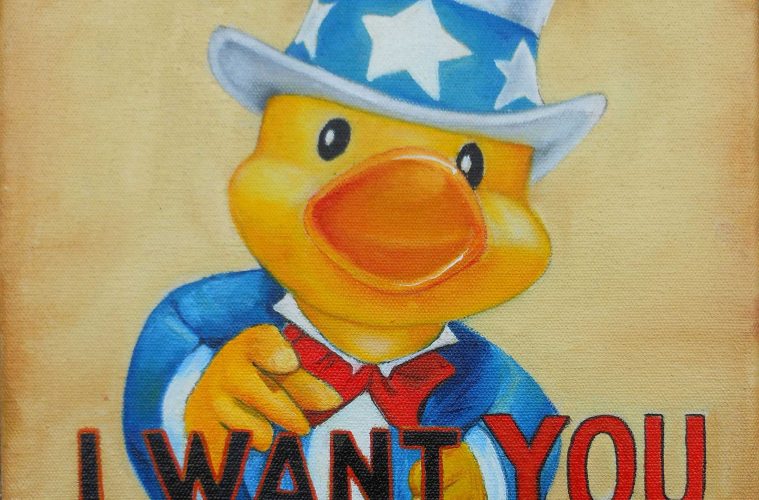 It is a melancholy fact these days that for every Detroit artist who is given a bit of “ink” or notice by local media, there are literally dozens of equally talented painters, sculptors, musicians, and performers whose shows go unnoticed or are simply left with a listing in a periodical’s supplement. That’s the price we pay  (one of many, in fact) for the slow diminishment of print – and the pervasive growth of social media has yet to make up for it.

All the more reason then to celebrate a one night only show featuring one of the city’s most dedicated and (in our opinion) most underrated talents. Julie Fournier is bringing Pablo Returns to the Motor City Brewing Works on September 26 and it will be a midweek pleasure for fans old and new.

A lifelong native of our city, Fournier is both a traditional studio  painter and a roving artisan with eclectic skills in other areas. She has participated in almost every annual show the town has to offer and has soloed at various galleries throughout the area. She is also a tireless supporter of other people’s talents – a commitment best illustrated by her stewardship of the yearly Fine Art Fair.

Fournier sat down with us recently to discuss the past, the present, and a somewhat fearsome feathered friend of hers. 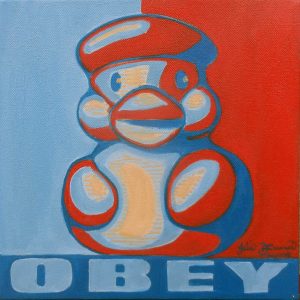 Your show is called Pablo Returns. For the benefit of the hoi polloi and people who are new to your paintings: Who is Pablo? Where did Pablo go? Why has he returned?

Pedro is a very bad rubber ducky  He looks cute, but it’s the cute ones we have to look out for. He represents EVERYTHING and ANYTHING that can possibly go bad or be bad! He was in other parts of the world wreaking havoc since his formal debut in my show at the Scarab Club in 2010.  He has returned to mock us once again in all his hilarious incarnations as a very rude, insolent, sarcastic, and dangerous aquatic rebel. We will see him as “Uncle Sam-Pedro”, wanting you to “Quack Off”;  as “Pedro Capone” the gangster; as “Pope Pedro” – and yes, I made him a Jesuit; or in a fight with Godzilla for world domination.  Fifteen new original oil paintings of Pedro in various states of being “not a good duck.” And beneath all this intentional humor is a message you and every other person who comes to the show will have to discern subjectively.

You (obviously!) inject a strong spirit of satirical defiance in many of your paintings. Do you believe artists are morally obligated  to be politically aware and active –  especially these days?

I believe that art’s role it to prompt an emotional response first and foremost, with emphasis on the entire broad range of emotions we’re capable of expressing. Secondly, I believe artists have a duty to call attention to the world around them, in whatever state it happens to be. Our planet is constantly changing in a great many scary ways, and politics plays an enormous role in how we deal with the world and other societies. Satire is one of the best ways to comment on political issues in a manner that grabs everyone’s attention. It’s used to focus attention on a particular issue or host of issues and it invariably gets an emotional response from the viewer.  And it’s an emotional response that (hopefully) prompts constructive dialogue as well.  Many of my paintings utilize satire to comment upon a wide range of current political issues, such as the divide among Americans over topics like religion, party affiliation, racism, sexuality, class, and economics.  Rather than drawing out anger as a response, my Pedro series utilizes humor to raise awareness and lure people away from a complacent apathy that is becoming dangerously common these days.

You have a passion for cars (quite appropriate for a Detroit painter) and you’re also a noted pinstriper. What is the best experience you’ve had with that particular pursuit?

I’d have to say working for The Henry Ford is my all time favorite job experience. I’m respected there, treated very well, and I get to go behind the red velvet rope and pinstripe and paint things no one else is even allowed to touch! It’s incredible knowing I’m making millions of people happy when they go there and enjoy my work, especially the carousel animals. About 2 million people a year buy tickets, so that’s a lot of kids riding the carousel animals I paint! And Henry Ford’s train, too! After five years I’ve been given “free reign” to restore the carousel. That’s a lot of trust being put into my work and I’m honored to do what I do. Another part of my job is when someone comes to me for a memorial lettering job on their vehicle, usually in honor of a loved one who has passed. It just floors me that I get to do something so very special for people.

Describe the approach you take with your work. Are you a slave in the studio or do you simply take the brushes wherever you go?

I simply “pack up” my pinstriping shop to do jobs like cars, museum restorations, or murals and sign. When it comes to my canvases, I have only done plein air a few times, so I’m mostly  a studio slave when it comes to oils. So the short answer is … well, let’s go with it’s complicated.

What you’ve given Detroit is a matter of record. What has Detroit given you?

A home, friends, a raison d’etre,  hope, and endless inspiration.