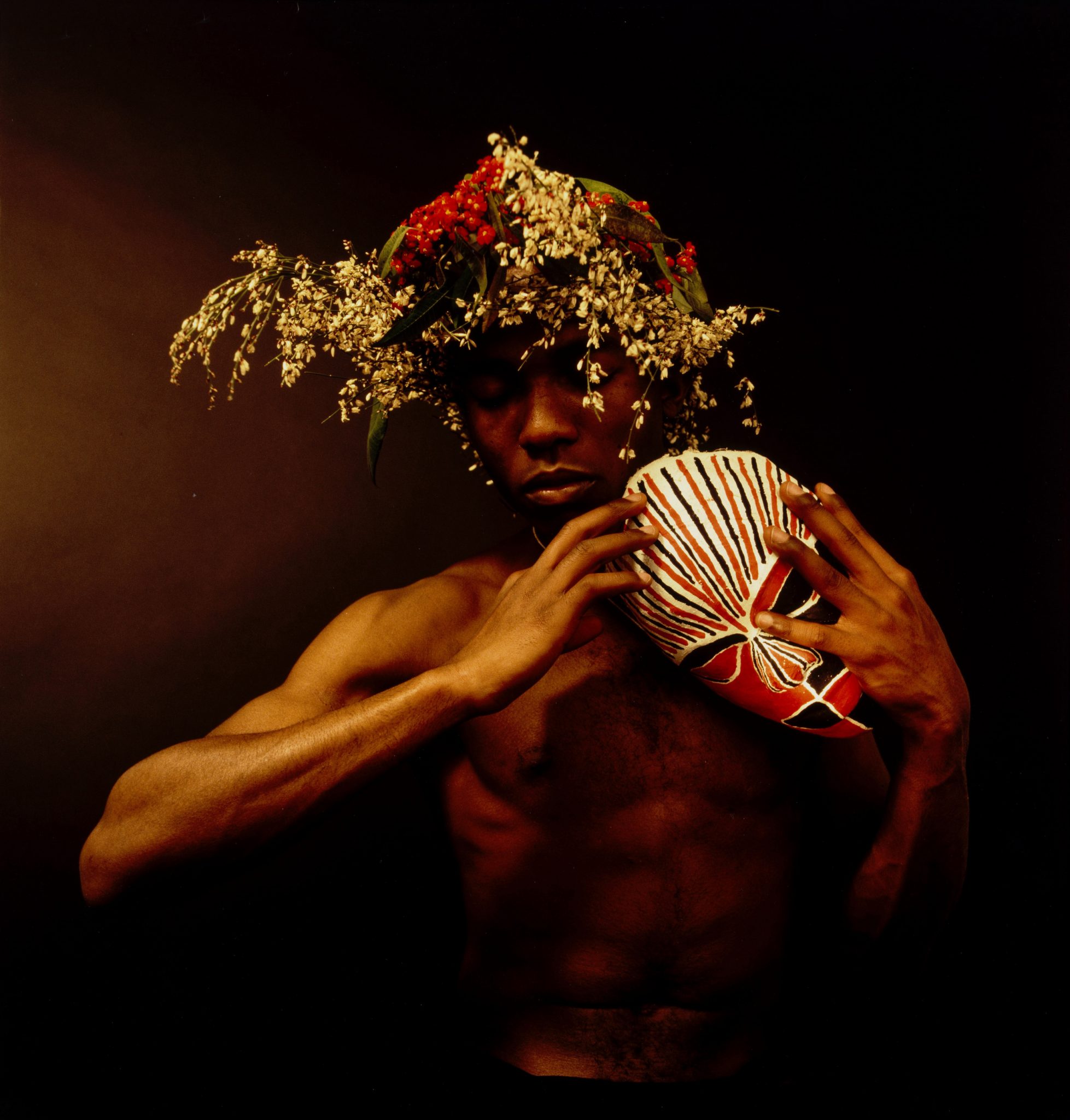 Mapplethorpe is widely known for daring, formally rigorous imagery that deliberately transgresses social mores and for the censorship debates that transformed him into a symbol of the culture wars of the late 1980s and early 1990s.

In the ensuing decades, artists and critics have grappled with Mapplethorpe’s legacy, raising questions about the agency of the photographic subject and interrogating his representations of homoerotic desire, the black male nude, and the female figure. He has simultaneously been celebrated for bringing visibility to underrepresented communities and critiqued for objectifying his sitters. Endeavoring to reflect these complex conversations, and to honor Mapplethorpe’s critical contribution to the art of his time, this exhibition showcases the work of six artists in the Guggenheim collection who offer expansive approaches to exploring identity through photographic portraiture: Rotimi Fani-Kayode (b. 1955, Lagos, Nigeria; d. 1989, London), Lyle Ashton Harris (b. 1965, New York), Glenn Ligon (b. 1960, New York), Zanele Muholi (b. 1972, Umlazi, South Africa), Catherine Opie (b. 1961, Sandusky, Ohio), and Paul Mpagi Sepuya (b. 1982, San Bernardino, California).

In 1993 the Robert Mapplethorpe Foundation gifted approximately two hundred photographs and unique objects to the Guggenheim Museum, creating one of the most comprehensive public repositories of his work. This gift initiated the formation of the Guggenheim’s Photography Council, an acquisitions committee dedicated to actively building and strengthening the museum’s collection of art in photography and new media. Many of these works, acquired over the past three decades, engage in critical dialogue with the themes, provocations, and formal approaches evident in Mapplethorpe’s ouevre. Thirty years after the artist’s death in 1989, Implicit Tensions demonstrates the impact of Mapplethorpe both as a catalyst of the development of the Guggenheim’s photography collection and as a touchstone for artists working in contemporary portraiture and self-representation. 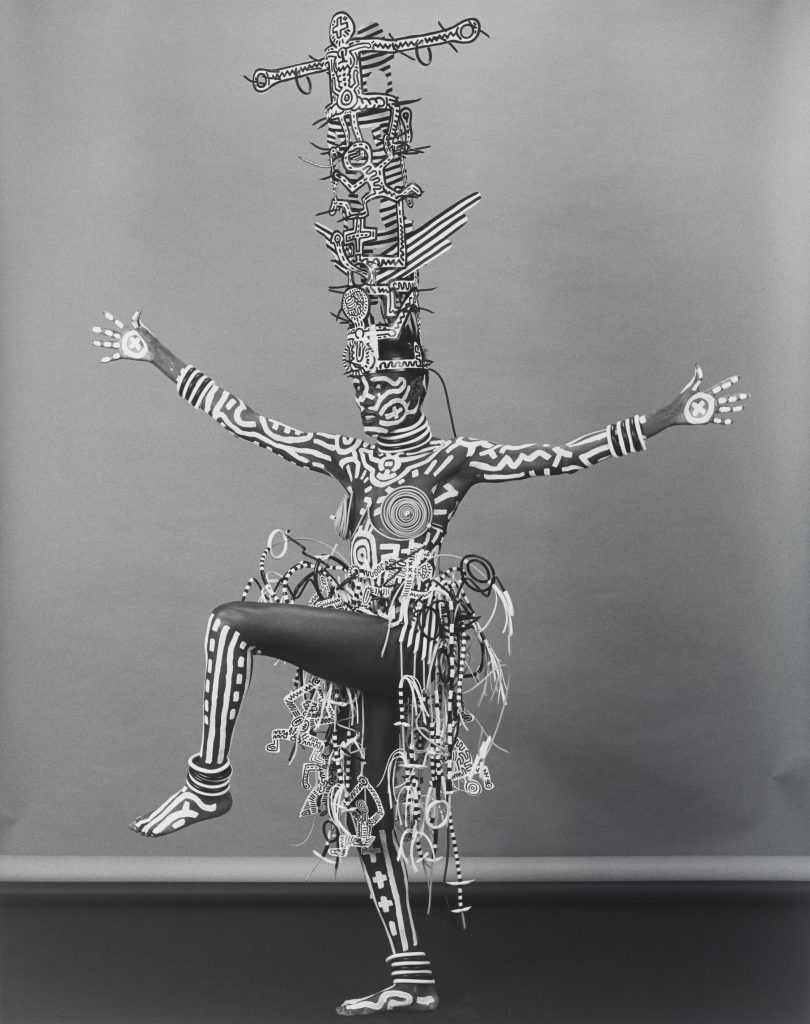 Following the first part of the presentation, on view from January 25–July 10, which explored the depth of the museum’s Mapplethorpe holdings, the second part of Implicit Tensions offers select highlights from the artist’s early Polaroids; iconic, classicizing nudes; flowers; self-portraits; and images of the S&M underground scene.

Working in the 1980s, Rotimi Fani-Kayode produced within a short career a body of photography exploring his hybrid, transnational identity as a gay diasporic African.His portraits incorporate symbolism and iconography from his Yoruba heritage into potent celebrations of spirituality, homoeroticism, and the black male figure.

The photographs and installations of Lyle Ashton Harris probe the nuances of identity and belonging through performative self-presentation. His work offers multilayered ruminations on—and subversions of—ethnicity, gender, and sexual desire. The selection on view includes examples of Harris’ practice from the late 1990s through the present, including works in which Harris has assembled personal imagery and cultural ephemera into complex collages.

Conceptual artist Glenn Ligon appropriates text and images, transforming them into works that critique the ways race and sexuality shape the visual field. Created in the years after Mapplethorpe’s death, Notes on the Margin of the Black Book (1991–93) presents framed pages excised from a copy of The Black Book (1986), alongside a range of quotations from across the cultural spectrum, making the dialogues around Mapplethorpe’s work as visible the images themselves.

As a self-described visual activist, Zanele Muholi has been dedicated to promoting awareness of lesbian, gay, bisexual, transgender, queer, and intersex communities in South Africa. Muholi’s photography foregrounds the diversity, possibility, and joy of these groups while also commemorating the stigmatization, violence, and loss endured by friends and family in the artist’s home country and globally. On view is a rich selection of Muholi’s portraiture of queer community, as well as selfportraiture exploring archetypical alter egos that offer powerful emblems of beauty. 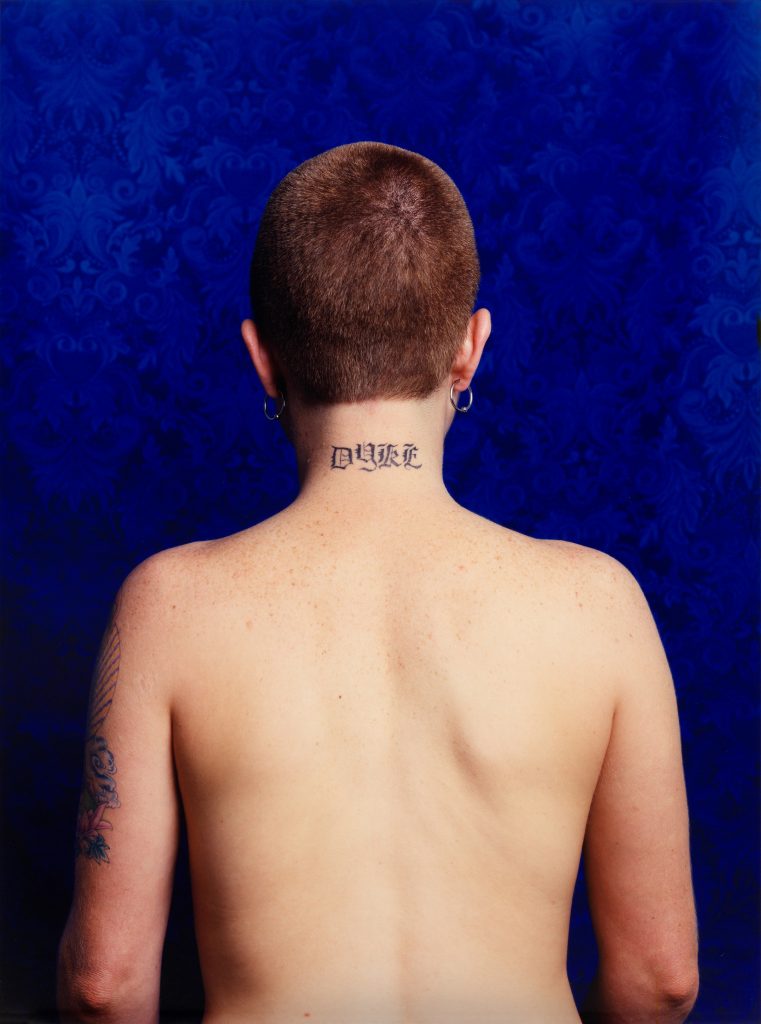 Catherine Opie’s body of work in photography explores notions of communal, sexual, and cultural identity. Her formally pristine images illuminate the conditions in which communities form and the terms by which they are defined. On view in this selection are works from her O portfolio (1999), which was created as a response to Mapplethorpe’s X Portfolio (1978), the artist’s self-portraits, incisive views of domestic life, and explorations of youth, aging, and identity.

Paul Mpagi Sepuya reformulates the conventions and decorum of studio portraiture with images that depict his body, as well as those of his friends and lovers, in compositions celebrating queer community and desire. The artist welcomes multiple bodies, interactions, and histories into the photographic process. Many of the works on view are from Sepuya’s Darkroom Mirror series, surreal representations created by taking photographs of a scene through a mirror’s reflection.