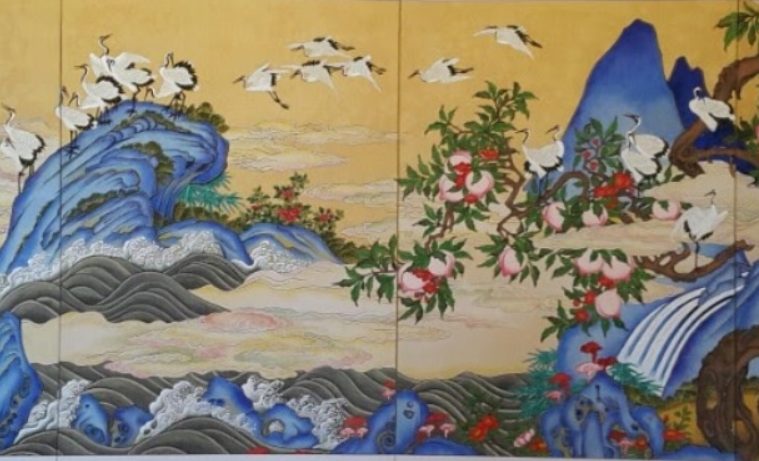 The festival’s highlight will be a performance by the Chicago Korean Dance Company and the Global Pungmul Institute on Saturday at 4 p.m. in the DIA’s Detroit Film Theatre. Young Sok Kim, Consul General of the Republic of Korea in Chicago and DIA Director Salvador Salort-Pons will give opening remarks. The program features a variety of traditional and contemporary South Korean music and dance performances, including chitadae, a traditional marching band of wind and percussion instruments, seungmu (dance of meditation), buchae (fan dance), piano solos, orchestral music and opera.

Other events throughout the weekend include a K-pop music and dance demonstration; samul nori, Korean percussion music performed with gongs and drums; and the traditional dance punmil nori, rooted in the collective labor of farming culture with dozens of performers in constant motion. The 2018 South Korean film, Hotel by the River, plays Saturday at 7:30 p.m. and Sunday at 2 and 4:30 p.m.

Local artists will display their work in the DIA’s Great Hall on Saturday and Sunday from 1–4:30 p.m. with demonstrations throughout the day. Families can try their hand at Korean calligraphy and the Four Gracious Plants (plum blossom, orchid, bamboo and chrysanthemum) style of painting from noon-3 p.m. each day.

These programs are part of Arts of Asia: A Year-Long Celebration in honor of the DIA’s newly opened Robert & Katherine Jacobs Asian Wing. Presented in partnership with the Consulate General of the Republic of Korea in Chicago, the Korean American Cultural Center of Michigan and the DIA’s auxiliary Friends of Asian Arts and Cultures. Korean Festival programs are free with general admission. General admission is always free for residents of Macomb, Oakland and Wayne counties.

Image: Korean folk art known as minhwa created by artist Chun-Jha Ko, displayed at the DIA during the weekend festival.