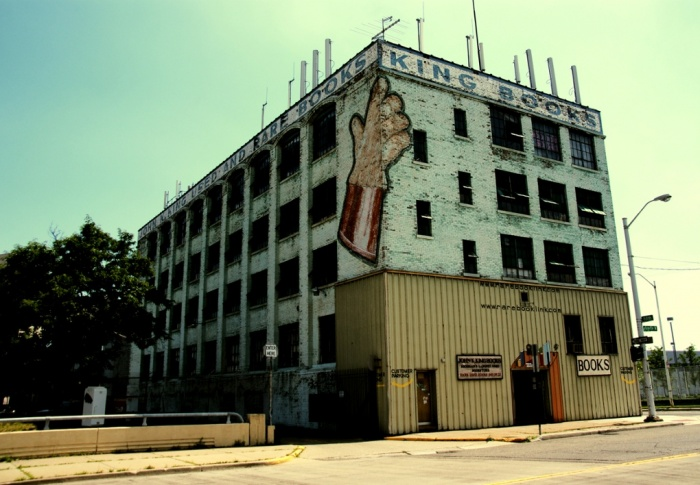 Americans will always have a “love affair” regarding hardcover books. In this age of uber technology and its impact on the printed word, most readers today still want words they can hold in their hands, instead of just viewing them on some screen. Nothing is more personal, like say, the latest issue of The Metropolitan d’Etroit. Ahhh, the ink on the fingertips, hot off the press! To twist an old saying, “Yes, Virginia, there will always be booksellers and book stores.”

That brings us to the subject of this history time capsule, John King Books and its cultural guru, John King himself. As a long-time history writer, I have been a customer of his spanning the past thirty years, purchasing a multitude of rare Detroit and Michigan history books and ephemera for research and personal reading pleasure.

John King Books, an independent bookseller, was established in 1965. In 1971, it moved to the Michigan Theatre in downtown Detroit. In 1983, Mr. King purchased the abandoned Advance Glove Factory building at 901 West Lafayette. His main downtown Detroit store

actually consists of two buildings: a four-story bookstore in the old glove factory, where most of his stock is kept, and another building behind (once the Otis Elevator Building) with offices, storage, a large collection of art books and Rare Book Room. While the four story, book seller is open regular hours (9:30 am to 5:30 pm, Monday through Saturday), the Rare Book Room and art book area are open by appointment only. However, the books in the Rare Book Room (some 20,000 to 30,000 books) are available on the store’s website: www.rarebooklink.com. 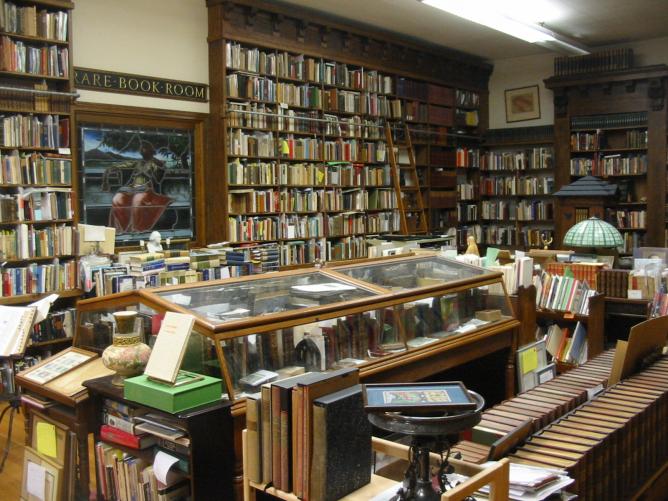 When I first began the building of my Detroit and Michigan history library in the mid- 1970s, I was always pillaging through King’s book-stacks. Back then there were only a few super-competitive local history book-buyers. I can’t prove it, but I suspect the “Old Cheshire Cat” John King relished the bidding wars between the then Detroit City Planning Director, Charles Blessing and I, especially when it came to old Detroit history books. We were both very competitive bidders when it came to any book or publication on master Detroit movie palace architect, C. Howard Crane.

Over the years, John King Books has become a magnet for researchers and readers from around the country. It has been cited many times by national media as “One of the USA’s 10 Most Beautiful Bookshops” and as “One of The World’s Coolest Bookstores.” Famous comedian and talk show host, Jay Leno, reportedly remarked that John King Books was “one of his favorite Detroit hangouts.”

John King is always thanking the late Elsie Freitag for his success. Elsie was King’s guidance counselor in high school, and she was the one who steered him toward his passion—buying and selling used books and antiques – his profession.

One final note: John King’s passion for books literally spills out onto the streets. Many times you will see boxfuls of free books in front of his stores. He’s a generous soul and a real Detroit treasure. Maybe, someday, I will write a book about him to place in his stacks.