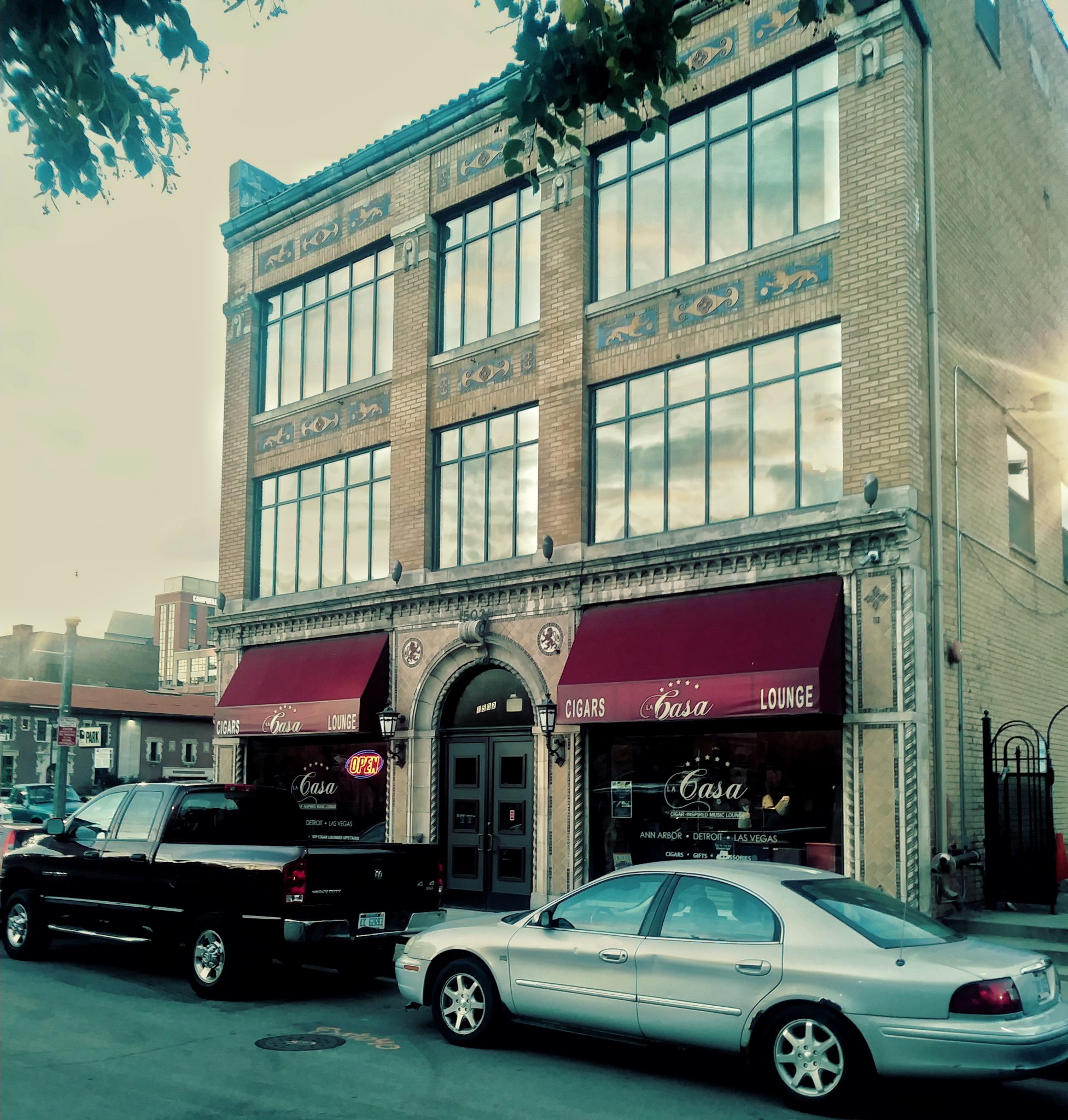 Cold and windy Autumnal days in Detroit are, in every manner, my favorite time of year. But my adoration of a diminished sun isn’t just about the weather. It is the ebb of fashion. It is very much the coming together of friends, in outfits of seasonal bonds. It is the newly formed void that must be filled, with excitable activities, and responsibilities. It is the time we all pull in and find warmth in the abundance of our own human creations. No less than the hot cider we all enjoy this time of year, is the excitement that comes when the glowing foot of a cigar is staring back at me.

In 2010, I lived downtown for a short while, on the fourth floor of the Cary building, which in all accounts now seems a distant remnant of a time that is no more. It was a time that garnished entire six-story buildings to a few ragtag kids, a time when one could walk down the middle of Woodward on a Sunday afternoon and not encounter a single car. Back then, the building was a relatively abandoned structure, minus the fourth floor, and of course the secret nitrous room, allegedly run by the Russian mafia. My old roommates often threw three hundred person parties, equipped with a door guy who often didn’t know I lived there, a rickety service ladder to the roof and enough shadowy make-out corners to fill an entire warehouse of kissing college kids.

Besides snagging occasional free tickets to operas, or playing chess in the park, or notably strange encounters ‘til 6:00AM with my friend Crystal, one of my most favorite pastimes in cooler weather, was enjoying the breadth and toasting of a good cigar. My very first of which was something of an initiation of friendship, with Sid, who was a regular at 1515 Broadway Café and a fellow chess aficionado. It was late October and he and I decided to walk over to Harmonie Park to browse the beloved humidor room of the recently opened cigar shop, La Casa De La Habana, known today as simply La Casa. His favorite cigar at the time, which in turn was my first, was a light Honduran tobacco by Punch. The cigar was relatively cheap, about seven bucks, was short and stubby and had a decent burn time.

For me, the cigar has always been both celebratory and despondent. Like the many precipices and canyons of the mountains. When I quit my job as a Buyer for Ace Hardware in 2012, I had a cigar. When I bought a linen suit from J.L. Stone in 2011, I had a cigar. The few times I’ve felt loss during a break up, I have had a cigar. The day I was on television, talking about the texture of puppetry in Detroit, I loosened up with a cigar. The times I hosted friends from overseas, I brought them into the shop. And even on occasion of solace and reflection, that frequently was aided by a long day of people watching, I sat with a cigar.

When La Casa first opened, I remember hearing about the owner, Ismail Houmani, rushing to beat of the impending smoking ban law. He succeeded in his “grandfathered in” undertaking, before everything became just a bit too extra. I don’t really care for cigarettes, but I remember how I felt about that law, back in 2010. I remember crewing up with Woodbridge twenty-somethings, and frequenting all the bars we could before the ban went into effect, a little known protest just to say we smoked there. Today, one cannot smoke cigarettes at La Casa but cigars and glasses of wine are right at home.

Over the years, first with Sid and later with new acquaintances, I began to understand the intricacies of the craft. I picked up on the taboo of ashing too often, and learned quickly that once lit there was no turning back. For the record I prefer a small straight cut to my cigar, which is relatively one of the lowest smoke temperatures, with little tar build-up. Badass kingpins such as the notorious Tony Montana in Scarface, or century old British gentlemen were much more likely to use the piercing method, which is a slower burn with higher temps and more tar build-up, to effectively prime their panatelas.

Cigars have always been much more textured and significant than the stifling health concerns of those who would have me douse my stogie. A cigar is about a moment, either ceremonially enlivened in the present or categorized in the annals of memory. In many ways and in many other countries it is also about family and of holiday. It is the pleasure of a parent at the end of a tiresome day. It is the endearing gift. It is the honed craft of generations. It is an emotion, up or down, that invokes ritual.

Today, my cigar of choice is Padron, slightly darker than the chosen Punch variety. It’s been seven years since I first walked into Houmani’s shop. And though I don’t have a membership yet to their private club upstairs, I pick up my Nicaraguan brand exclusively from La Casa, and can still enjoy good music and good will, in Detroit’s own little Habana.