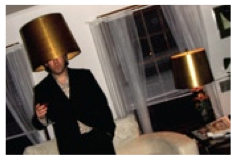 Letter From The Editor

Where did the decade go? The last thing I remember, I was feeling very tipsy, as I placed my head on the pillow, singing lines from Prince’s 1999, and sort of half considering how I might be inconvenienced by Y2K, when all of a sudden I awoke in the year 2010.

So, what did we learn throughout the 00s? We learned to take a punch, that’s what. And, just like 6th grade, when some bully pushed us in the mud, and some teacher dragged both the bully and the bullied into the Principal’s office, where the Principal administered equal punishment for unequal events, we seem to be continuing in that same tradition.

Enemies attack and we lose more rights because of it.

Seriously, what just happened? Ten years. Alright, the New England Patriots are the team of the decade, Detroit won the battle of the bands, with the effort of The Big Three, Kid Rock, the White Stripes and Eminem, Anthony Bourdain’s got a pretty cool show, and the internet is common place. Anything else? Scanning. Anything? Scanning . . .

Where’s the movement? Where’s the fashion? Seen any good movies lately? Who’s writing the songs that make the young girls cry? Who’s shootin’ for the moon and landin’ amongst the stars? America, we’re looking pretty thin – all of us. Me included. We’ve been fed a steady diet of fast food, gossip, reality TV, and poorly manufactured, incredibly over priced product. It’s a shell game, and the Man on the Hill is laughing all the way to the Federal Reserve.

It’s about time we set the alarm and wake up. No more sleeping in till the crack of noon.

Value, that’s what I’m looking for. Significance. Importance. Depth. I know it’s out there, I can feel it. It’s struggling to get to the surface. Perhaps, it’s been struggling all along, just pushed down by something louder, with lesser ability.

Yeah, that’s it. That’s got to be it. I know you’re out there, ready to set the world on fire! Don’t let em’ hold you down. Don’t let em’ tell you it can’t be done. Be strong. Be brave. The world awaits your vision.